Why I am Grateful for my Decade-Long Battle with an Eating Disorder. 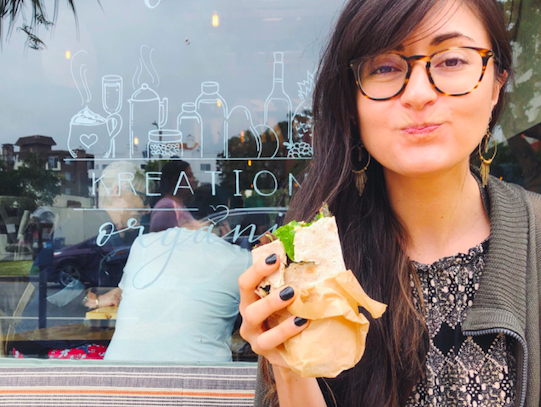 If someone had told me while I was struggling with my eating disorder that I’d one day be grateful, that I’d look back and think it was one of the best things that happened to me, I would have thought they have no idea what they are talking about.

Having an eating disorder is the most painful thing I’ve experienced in my life, and if you are currently struggling or have struggled, then you likely relate to that sentiment.

The racing thoughts, the preoccupation, the planning, sneaking around, shame, insecurity, fear, and exhaustion. The body hatred, which deep down was just a reflection of my self-hatred. It was painful, overwhelming, and life-interrupting.

Without a doubt, it has been the most formative experience and greatly influenced the trajectory and direction I took in life, but only in the last few years have I found this level of clarity and gratitude.

There is a quote from Steve Jobs that illustrates this beautifully. He said, “You can’t connect the dots looking forward; you can only connect them looking backward. So you have to trust that the dots will somehow connect in your future. You have to trust in something—your gut, destiny, life, karma, whatever. This approach has never let me down, and it has made all the difference in my life.”

When I look back, the dots do in fact connect and can clearly see that my eating disorder happened for me, not to me.

1. It gave me something to control when my life felt unstable.

While there is no doubt that eating disorders are maladaptive and create just as much trouble as they help us escape from, I didn’t know how else to find control or comfort in my life at the time.

During middle school, high school, and college, my parents were going through a bitter divorce. While my parents are great, I can look back and see how they were not always there for me in the ways I needed. This isn’t a criticism, as they did the best they could with what they had, but I really could have used more compassion, empathy, involvement, and honestly, probably therapy. I was wildly insecure and felt unstable during that period, so I turned to my eating disorder to cope with the intensity of life—fixating on the food, numbers, and pounds gave me a much-needed sense of control over my life.

2. Binge eating comforted me and brought pleasure into my life.

I had lots of mixed feelings about binge eating. I hated it and loved it. On one hand, I was so afraid of weight gain, so obsessed with trying to be the thinnest and prettiest and literally could not stop thinking about food all day, which was awful. Yet, at the same time, locking myself up in my room, shutting out the world and binge eating was how I found peace from the chaos. It’s how I weathered the storm of life.

If I was stressed, anxious, depressed, or afraid, eating delicious tasting food provided much-needed relief, although it was only temporary. When things got tough, it’s how I self-soothed even though it also created so much guilt and shame. Nonetheless, I am so thankful that I had food there when I didn’t know where else to turn or how to better take care of myself.

3. It was my alarm bell that eventually woke me up to go get the help I needed.

Had I not had some destructive, unhealthy behavior, I wouldn’t have known that I had work to do on myself, that I had healing that needed to be done. You have maybe heard this a million times already, but it’s never about the food itself. Food obsession is about control, rules, coping, and taking up less space. And it’s never really about your weight either; it’s about worth, value, love, and acceptance in a world that tells you you’re not good enough unless you are thin enough.

Dealing with food and body was how the unhealed trauma, anxiety, fear, and feelings of inadequacy were showing themselves. And without my disordered behaviors showing up on the surface, I wouldn’t have known to look underneath the water.

4. My struggles with body image became my greatest teacher of self-acceptance.

For the longest time, I believed that I was not ever going to be good enough until my body looked a certain way. And while I do not blame myself for this belief (it’s been fed to me from our culture basically since birth), no longer believing in it meant that I had to look at the parts of myself I was avoiding by fixating on my external body.

If I was no longer chasing a thin ideal to feel whole and complete, all that was left to do was the internal work—the hard work, the uncomfortable transformational work, the work that is too easy to not do when you believe that being thin will solve your problems.

5. It is what led me to personal development and coaching.

I didn’t seek out traditional eating disorder treatment for a variety of reasons and went to personal development seminars and workshops instead. Through the education I sought out, I healed trauma, had profound paradigm shifts, learned communication skills, cultivated forgiveness for my parents, gained confidence in myself, and developed my self-worth. Truly, it changed my life in so many amazing ways and played a huge role in my eating disorder recovery.

At one of the workshops I went to, I met Brandilyn Tebo, and we became Facebook friends. We didn’t keep in touch but years later, I was having an emotional breakdown and I kept seeing her life coaching content pop up in my feed. Eventually, I hired her as my coach and she not only helped me immensely but is the person who taught me about the business of coaching.

6. It has led to the most fulfilling and rewarding career.

If you would have told me three years ago that I would eventually start a business utilizing my experience having an eating disorder to literally help thousands of others through the same struggles I faced, I probably would not have believed you and yet, here I am. Through all the adversity came wisdom and strength and being able to turn these experiences into something that helps others has been the greatest gift.

And now, I am taking everything I have learned, from my eating disorder to running a successful business and partnering with Brandilyn, to teach other heart-centered women how to do the same.

This experience has been the greatest teacher of my life, and it is that same experience that allows me to be of service to the world, to give back, to make an impact, and have a business. You remember those dots I mentioned earlier?

A seed of possibility. 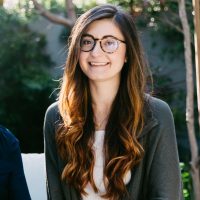 Cara Cifelli is a transformational coach who helps people heal their relationship with food and their body. She provides the tools to help them leave behind dieting, disordere… Read full bio

How to Support Someone with an Eating Disorder (instead of making it Worse). A Message for anyone in Recovery from Food & Body Image Issues.
See relevant Elephant Video