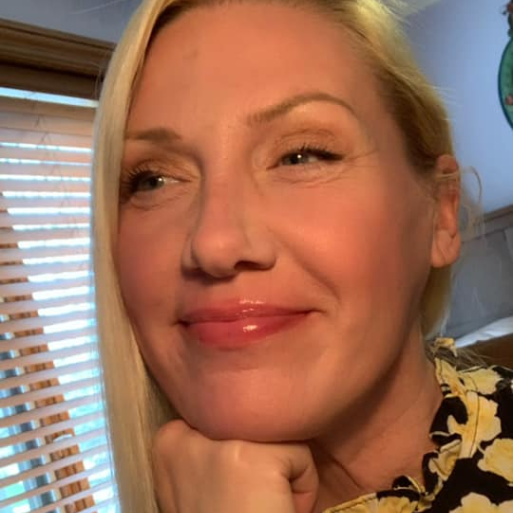 Today is the eve of my 50th birthday, a day when the realization that I am most certainly on the far side of the halfway point of my life has become a grim reality.

It has an autumnal feel, this decade, whereas my 40s still kind of felt like late summer. The bloom is now completely off the rose, and its petals are lying about on a wet and chilly sidewalk waiting to be smashed into oblivion along with the rest of the forgotten detritus: old gum, cigarette butts, stray pennies, and the like.

And I hate to break this to you youngsters out there, but as fabulous as I still feel I am, 50 is not the new 30. Despite the cascade of media proof to the contrary—primarily in the form of Jennifer Lopez footage—people age.

Being in an aging body is both the same and different as witnessing the aging bodies of others. On the one hand, you get to see things sliding downward, both shrinking and growing in all the wrong ways, and become drier, grainier, and less vivid than they once were. On the other hand, you get to feel this process: the oddity of bones that don’t fit together like they used to, the tender teeth and knees, the scrapes and scratches that refuse to heal.

And that’s really just the tip of the iceberg because literally everything is devolving, and there is something new to wonder about each morning as one peers into the greatly magnified looking glass of terror that was installed some years ago in an attempt to mitigate one’s deteriorating eye sight.

They say that the age you are when you first meet someone is the age they will always perceive you as being, and there’s some truth to that. While I can rationally observe that my husband is, in fact, 62, he rarely appears older to me than the 39 he was when he sauntered into my life. We both look on in shock as his now almost-white hair falls to the floor around us during his monthly at-home haircut. How on earth did this happen, we wonder together, and then sweep it all up and get about the day.

Perhaps this is true even for our dogs. Until the day he died, I never was able to see my sweet June as older than the puppy he was when he first came crying out of a seemingly abandoned crate at O’Hare airport and crawled permanently into my arms.

The first time I remember being worried about age I was probably eight. My mother had raved about the prowess of a six year old at our mutual piano recital, and I knew I was already light years behind. The next time the problem of age popped up I was 22, waitressing at Gibson’s Steakhouse with a stunning 25-year-old model who worried constantly that “her best years were behind her.” She may have been right. There were few women there over the age of 26, except for the hostess Cathy—but she had special dispensation because she’d been a Playboy bunny in the 80s and had her picture on the bathroom wall with Hugh Hefner to prove it.

I didn’t have an abiding worry about looking old myself until my early 30s. It hit me all at once, and it seems so ridiculous now. I stopped wearing shorts because I thought my legs were terrible. I got Botox and refused to sit in brightly lit spaces, and I felt like I had all the sex appeal of Captain Kangaroo. Of course, I look back now and see—I was an actual baby! And a decent looking baby at that! Well, now I have daughters the age I was then and I watch them going through the same process. Man, the things we do to women in this culture.

But it’s not all bad, in fact, it’s not even mostly bad. Physical complaints and general mortality aside, being 50 is extremely cool. I no longer have to fight for a place at the table. People assume I have some jot of wisdom, and they are right. I am able to be measured and thoughtful in a way I never was, to observe and collect ideas like shells on the beach, turning them over carefully and then adding them to my collection, grateful for their ordinary beauty.

I take myself seriously, I’m less invested in my shortcomings and more invested in my gifts, and sometimes I even let myself rest. It’s strange because as aging women, we begin to lose one kind of power but gain another. We no longer need to manage the constant assault of male sexual attention and that frees up a great deal of energetic real estate. Imagine being a rabbit that was chased her whole life by a deadly (albeit sometimes entertaining) fox who suddenly disappeared. That rabbit would have quite a different outlook on things as she began for the first time to explore the woods and fields on her own terms. She might find she misses the fox now and then—he did have a nice fluffy, red tail and crystalline eyes after all—but she will likely conclude he was altogether more trouble than he was worth.

One thing I know is that if we’re lucky, we’ll be old for a lot longer than we are young. Though the years shorten as we age (a phenomenon I will always struggle to wrap my mind around), we do have more of them. And with each turn around the sun we get the chance to inhabit ourselves more fully, more authentically, and also more compassionately. For that, compassion—toward ourselves and toward others—is the true gift of aging well. It’s such a beautiful relief to feel it so easily now; it just flows through my heart like the Saltstraumen, the strongest tidal current in the world. I can hardly connect anymore to the angry and frightened child I was, locked in darkness and despair.

I will take heart on this day, one day later than when I first sat down to write this: my 50th birthday. My feet are firmly on the shores of the Now, and I glance backwars less and less at the Then. Some might argue that all good things must come to an end, and they are right of course, but those endings make room for new good things to come, and they are coming. All good things are coming.

Every body gets Old. 4 Ways to Age Radiantly. A 3-Step Practice to help us Embrace our Aging Faces.
See relevant Elephant Video