When you Quit Drinking & the Support isn’t There. ~ Annie Grace 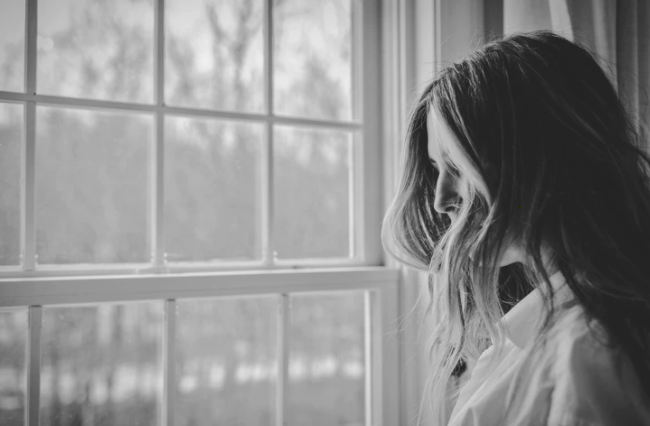 Follow along and read all of Annie’s columns on Elephant here.

When I think back to when I made the decision to stop drinking, I can’t help but laugh out loud a little bit.

You can say that I took a bit of an unorthodox approach in letting others know. First, I announced to my husband that if he wanted to drink with me, tonight was the night as I was never drinking again. I believe his response was to roll his eyes and mutter, “Sure, Annie!” Next, I sent an excited email to all of my friends and family that probably included lots of capitals, exclamation points, and emojis.

I was convinced that everyone was going to be as excited and amped up as I was over this change.

What shocked me was that the response I received was one of the single biggest letdowns of my life. I wasn’t met with the support that I had envisioned. Instead, there was a general sense of disbelief, scoffing, or even just alienation.

I didn’t understand it. I was making a choice to change my life for the better, and the people around me were acting as if I was making a deliberate decision to hurt them.

Most skirted around the subject or just avoided it, but a long-time friend of mine gave it to me straight—“Annie, you don’t drink any more than I do. I don’t have a problem with alcohol and if you’re not drinking, I don’t feel comfortable hanging out with you. I don’t want you judging me.”

That right there is why, at a time where we are looking for support and understanding, we instead get cold shoulders and rolled eyes. It’s not that our friends and family don’t want to support our decision to change our relationship with alcohol.

It’s not that they think we shouldn’t take charge of our health and happiness.

It’s that by questioning our relationship with alcohol as a potential problem, they are in turn also forced to take a look at their own drinking relationship.

For those who aren’t ready to do that, it can be an uncomfortable and unwanted realization.

After that eye-opening experience, I learned to really filter what I said when it came to being alcohol-free and how I said it. The lack of support and possibility of losing friendships really made me second-guess myself.

Yet, I knew I wasn’t alone in my questions and in my need to change my beliefs. I needed reassurance from others that my choice to change my relationship with alcohol and to reshape the very core of my beliefs around it wasn’t just okay—it was something to be excited about and to celebrate.

So if I couldn’t get support from those closest to me, where was I going to find it? I had already determined that 12-step programs wouldn’t be a good fit for me. Was there really anywhere I could go to find people like me?

I’ll admit, I did something drastic initially. I took all of the research and the data that led up to my decision to stop drinking and I wrote a book with it. I took that book and placed it online free to download for anyone like me.

What I discovered was that there were so many others out there just like me. Those who found alcohol had become much bigger than it needed to be in their lives. So many of us that found our drinking slowly started to creep up and become more important than we ever intended for it to be.

And we were all out there looking to connect and find other people who could understand that no, we might not be alcoholics, but we have decided we no longer want to be drinking.

Yes, it hurt to realize that I couldn’t connect with those closest to me and that my decision not to drink would even alienate me from some of them, but at the same time it was so empowering and exciting to realize that there were thousands of people just like me out there ready to not only support me on my journey but to champion this journey and join me on it.

What I discovered is that by staying true to myself and to my path, I could gain the support of not only those like myself but even from those who were initially turned off by my choices. As time passed, they were able to see that my decision to be alcohol-free was not a threat to their lives. I wasn’t pushing my beliefs down their throats—I was simply living the life that was best for me.

By just living my life and allowing others to see what an alcohol free life could look like, I created a safe space for others to question what role if any alcohol would play in their lives. The difference is that unlike my experience, they know that they can do this without fear and without judgment. Knowing that support is there for you can make taking the step to change so much easier.

Rock Bottom Didn’t Make me Stop Drinking. ~ Annie Grace My Drinking wasn’t Just a Habit—If it was, I’d have Stopped. ~ Annie Grace How Alcohol Ruins our Relationship with Ourselves (& 7 Strategies for how to Stop Drinking).
See relevant Elephant Video