Do we really Need all these Rules? 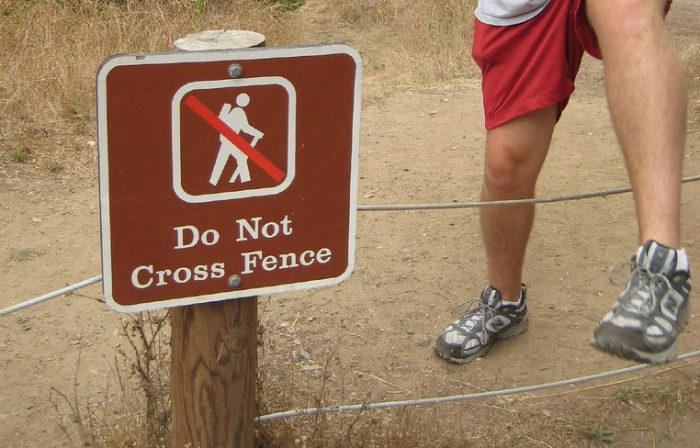 “Rules are for idiots.”

I inadvertently blurted out to my then, six-year-old son in response to his remark about a new rule at school. The rule stated: “You can’t say you can’t play.” That “brain flash” of mine, needless to say, was a phrase ripe for a young boy to firmly grasp onto, at his mother’s future peril.

Yes, I know there was a beautiful intention of inclusivity behind that rule which the school sought to bring into childhood awareness. I guess I was annoyed that something so simple and, in my opinion, a no-brainer, had to be made into a rule.

I appreciated their desire to have students like and respect each other, but to be required to hang out in a social group with someone that you have no interest in, was an example of rules going too far. It limits preference and gives away power of choice to others. For me, a simple lesson in compassion was all that was needed.

So, why do we have rules in the first place?

It is said that without them, humanity would be out of control; that the law of the jungle would prevail.

Do we need someone to tell us how to be decent humans? Do we not know that it’s not good manners to murder someone without a good reason? Do we need that kind of directive to be legitimate?

It seems to me that laws are made for the good governance of people, and someone decides what those laws are going to be.

Let’s have a look at laws. They change with time. They change with governments. They differ between cultures. We make better and more laws to fill in the gaps when situations arise, as if the existing laws can’t protect us. There are sub-rules and then more rules to qualify the rules, and sometimes they’re so convoluted that we need a legal system to test out how they apply to a given set of facts.

A legal system of sorts started for us when we were kids. We were born into governance. The family and culture in which we grew up have imposed all sorts of rules upon us that we had to live by.

“Money doesn’t grow on trees,” “boys don’t cry,” and “don’t be silly” are some common orders that were factored into our childhood rule book. We followed these rules so that we would be fed, clothed, accepted, and loved. It was about our survival. Those rules were beneficial laws for us, as they have kept us safe. But, they represent conditional love; follow my rule, and you shall be loved.

It appears to me that we were indoctrinated by the need for rules when we were young, so that we could transition to the outside world understanding that rules exist to guide and protect us. However, rules are made by others—where has our power gone?

If laws are good for humanity, then why do people break them anyway? We all do. We speed, we cheat on taxes, and we burn off on “non-burning” days. Is our eagerness to break laws greater than our fear of being punished?

People aren’t bad. They’re usually motivated to do something because they might feel better doing it. It seems there is a power within us that doesn’t care about external consequences.

So why did I blurt out that line to my son? What was it within me that told me we shouldn’t have external governance? What whispered to me that we should all know compassion for others? Now I know that it was my intuition (in-tuition), my inner teacher or guide, letting me know that our power to self-govern arises from within us. My inner guide is powered by love—unconditional love.

That said, why don’t we trust our own self-governance? Since we’ve always had laws, we haven’t questioned the need for them. Furthermore, I believe that many of us feel safe in being governed by others, as it resonates with our familiar past of being directed by our parents or carers.

As adults, we still carry beliefs that no longer serve us. As I said, laws were good when we were children, but we need to revisit and honour them for the purpose they have served. When we do this, we can change our internal programming to self-validation, self-guidance, and self-love. We can trust again in our own response to life. We are adults now—we don’t need “parental” rules any longer. We have the power to love  and care for ourselves…if we choose.

I wonder what might happen if there were no laws. I’ve seen the traffic in India and the organised chaos. I saw a traffic incident once, and the perpetrator stopped in heavy traffic to help out the injured party. It appeared to me that there wasn’t angst or blame. There seemed to be genuine compassion, and a system where everyone looked out for each other.

If we all want each other’s highest good, we first need to understand and trust in that which is in the highest good for ourselves. We can only see in each other what is already within us: our inherent love.

Let love be the essence in all our decisions and guidance—we don’t need a rule to understand that. 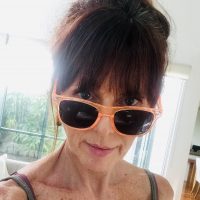 As a lawyer, yoga instructor and visionary, I have enjoyed a variety of mind-expanding experiences all leading me to find self-love.In campaigning for an alternative to the pr… Read full bio

Compassion: What it Teaches Us About Ourselves. The Magic in Kindness. Self-Discipline Is Awesome (& 4 Mindful Ways To Make It So). ~ Katinka Sætersdal Remøe
See relevant Elephant Video