How Talking about Poop Saved my Life. 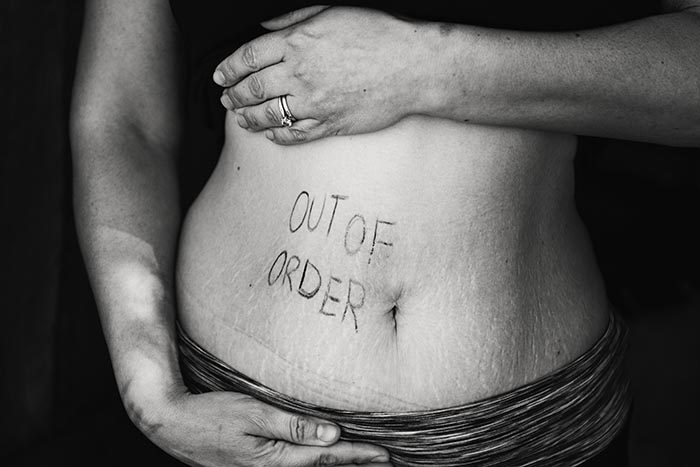 When did pooping become such a sensitive topic?

We all know that it is totally natural to poop. Some do it more often, and some less, but all in all, we all do it.

Many years ago, people could sit on a pot directly next to you and you wouldn’t even mind. You can change your kids’ diapers and smile because the poop looks healthy, but as soon as we grow older, pooping becomes a topic of top privacy.

Sure, it should not be our dinner table topic, but our aversion to discussing our fecal matter has gotten to a point that people do not even talk about it when something seems wrong.

The colon and all its actions are like a second brain. The work it does is extraordinary. It is not a coincidence that we feel sick or get a grumbling sound when we are afraid or excited. If our mental health is attacked, we can feel it in our digestion. If we eat unhealthy too often, we will see the outcome not only with diarrhea, or the opposite in form of constipation; our skin and mood will likely suffer from this as well.

When my digestive system started acting weird, I was too ashamed to talk about it. Who talks about poop, anyway?

From a bloated stomach to diarrhea, my well-being changed within hours. There were times that I ate something and had the urge to use the toilet only minutes after. My stool wasn’t even runny each time.

It felt like my digestive system was out of control. Sometimes food just ran through it, as if it was excreted almost the very moment that I consumed it. Other times, my stomach felt achy and bloated and made loud sounds. Although I went to the toilet a couple of times, I could not release the gas and it kept me busy for hours, even through a whole night. The “gas” once released as runny stool. Even soup wrought havoc on my digestive system.

Some people poop once or twice a day, depending on what they ate. Some poop every second or third day. I was at a point where I needed to go to the toilet after almost everything I ate, whether it was a piece of bread, a banana, a whole meal, or soup. And the rigidity of the poop changed almost every time. There was no certain pattern, no food that made me feel better. It could change from diarrhea to a urine-like stool with chunks in it; from that just-right solid to a hard stool within hours.

I drank herbal teas and used hot-water bottles to relieve the pain and discomfort, and ease my stomach. Nothing worked. I was out of ideas.

I thought, it might have been an aftermath of the stress of my final exams or excitement of what is going to happen after school, but the digestive problems didn’t vanish with the stress.

I went abroad for a year, knowing that my stomach might make me feel sick at any time, but I wanted to take that chance. I always tried to hide how it made me feel. I rarely ate out with friends, always ensured them that I was not hungry while I felt rude for refusing their offer. I was afraid that I might end up in pain or, even worse, with diarrhea. I didn’t want to take that risk.

My life felt limited in certain ways and, to be honest, it really sucked. I was always worried and checked if there was a toilet around, just in case. On trips, I went a day or two without eating, hoping that I could enjoy the moments without having to fear something might happen. It took me some time until I realized that this was affecting my daily life in negative ways, and that something might be up.

Finally, I confided in my mum about my issues. Then, we went to the hospital.

After talks with doctors, and tests for allergies or gastroscopies, we decided that a colonoscopy might be the last way to figure out what was wrong.

After a few days, I got a call from the hospital, asking me to come back in. I had a weird feeling in my guts, but little did I know my life was going to be shaken to its core within a few seconds. My doctor looked at me worried while telling me that I had colon cancer. I didn’t understand how a 23-year-old girl could be diagnosed with that kind of disease.

I needed surgery, rehab, and follow-up appointments. I was in pain and afraid of what was going to happen next. The scars all over my belly will always remind me of what I have been through, and what is still to come.

My digestive problems have not yet stopped. It is still a long way to go, but I did not stop enjoying every moment of my life, before and after the surgery. Mental stress factors play a huge part in recovery. So I’ve changed my diet and activity levels and attended psychological appointments in an effort to improve.

Of course, once you have been a cancer patient at such a young age, there is always this thought in your head that chances are higher to suffer again—especially when your family history shows a high risk of cancer.

But going through this has taught me so much. Most importantly, that talking about poop is probably the most important thing I’ve ever done.

Colon cancer is often unrecognized because it has no specific symptoms. Once found, it is often already too late for many patients. I am happy and grateful every day that I took the chance and talked about my problems and that—by luck—this tumour in my body was found. I can’t say for sure what would have happened if I had just accepted my fate of digestive problems and had continued to suffer in silence.

Your poop sends you alarms. Listen to it, and don’t be afraid to talk about it. I believe we should all talk more about pooping. It can save lives. It probably saved mine. 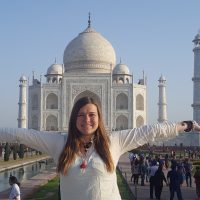 Patricia Reinsch is a an anthropologist and passionate traveler as well as educator. She loves to meet new souls, exchange ideas and combine her interests for learning, readin… Read full bio