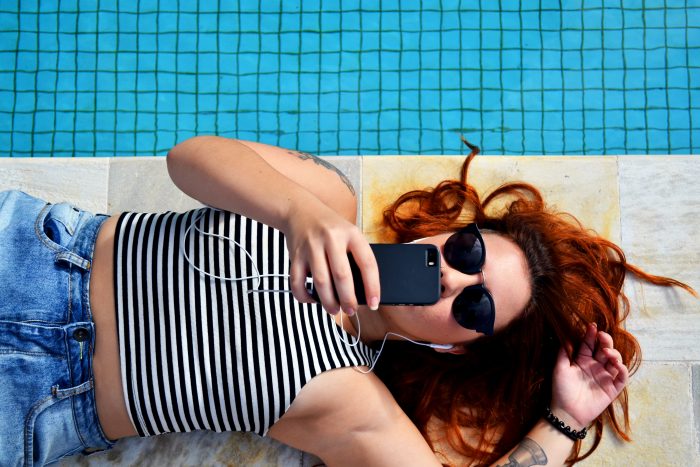 As a self-proclaimed anti-social (and anti-social media) person, the only reason I have ever signed up for social media was when I made a Facebook account in an effort to respond to people leaving comments on my articles with the Facebook comments plugin.

But then, the Finsta happened.

It wasn’t an accident, per se (I won’t get into why I created the Finsta here) but it grew into that typical thing where I spent my mornings scrolling through Instagram and watching stories that, in reality, had nothing to do with me and added no value to my life.

Don’t get me wrong, there were things about Instagram that felt empowering and allowed me to feel connected with people through this fake version of myself.

I don’t have a regular Instagram, so the Finsta functioned as my “normal” account although it doesn’t have my name or picture on it.

Yeah. I completely gave it up.

What happened is that my life changed when the two most darling things in my life—my two elderly rabbits transitioned from their physical forms into the unmanifested (in more conventional, if not inaccurate words, they died). As an aside, one had special needs and I considered him to be my soul mate.

To put it lightly, I had a hard time coping (to put it lightly). And, just like that, Instagram felt meaningless (as it always had). It became the most irrelevant thing about my life. And so I gave it up. Because despite it being meaningless, I didn’t want to do it. Because I couldn’t.

So here’s what happened:

I felt more connected to myself.

Instead of spending mornings looking at other people’s lives or achievements or ramblings, I spent my mornings with myself. I had so much more extra time, and I used it to really savor that gorgeous and otherworldly cup of tea I was having, or to get started sooner on my work, or to read a poem or a book I loved.

I felt more grounded, more centered. I was in my body. I wasn’t focusing all my attention on something outside of myself. I was here, now.

Focusing on myself was a sobering experience. It made me realize how much time I’d been wasting on Instagram, not even really doing or achieving anything, just looking and mindlessly consuming content, some of which was not helpful or constructive.

It made me realize that those minutes I wasted on Instagram when I could have been working on my novel or petting my bunnies or spending time outside—those were minutes I wasn’t going to get back.

So I put these new minutes to good use.

I drank my effing tea. I went outside. I snuggled with my two (remaining) bunnies (yes, I used to have four). I breathed.

And whether it was the grief or the lack of social media or the realization that my time could have been better spent, I was humbled by the knowledge that I had wasted my life on something that was not serving me.

In this way, I felt more connected to myself, my desires and ambitions, my presence, my being, and I drank in that entire experience with my whole soul.

My credit cards got a much-needed vacation.

I can’t tell you all the stuff that I spent money on as a result of my Finsta.

One thing led to another as I got more involved on Instagram, and I began connecting with more and more awesome shops and creators. These artists were phenomenal. I was in love with their work and felt like I had to have it, even though, in reality, I couldn’t afford it (let’s just say I spent close to double-digit thousands on my rabbits last year).

I spent a ridiculous amount of money on things I felt like I needed. And the worst part was that my spending appeared to be growing the longer my Instagram habit went on.

I spent $75 on a rose quartz crystal yoni egg that I shove up my vag sometimes.

I spent $250 on earrings from designers in Chicago and New York.

I spent over $1,500 on tattoos from artists in New York that I found on Instagram.

Don’t get me wrong—are all these things awesome? Hell yeah. And all of these purchases supported small, independent artists and businesses rather than big corporate companies (look at me, still trying to justify that money).

But in reality, that was some serious cash that I never would have spent if it wasn’t for my Finsta.

Since I haven’t been on Instagram, I’ve noticed that my credit cards finally have some breathing room. I’m not tempted to buy things I don’t need. I have a roof over my head, an amazing family, way more organic clothes than I need, and an effing pink unicorn mug. What more do I need?

I did things I’d been putting off forever.

It goes without saying that I have more time now that I’m not on Instagram anymore. I was shocked at how much more stuff I got done.

There was the copywriting class I purchased months ago that I didn’t do much work on. I got done several sections of the class in just a few days’ time.

I got more work done, meaning I had more free time to spend with my family, exercising, cooking healthy meals, or just generally doing things that made me feel better about myself—healthier and more confident.

Could I have done all these things and still been on Instagram?

Even if I had controlled my scrolling, I’m convinced that I wouldn’t have been able to get to these projects if I was still on Instagram. It was a distraction and a time-sucking habit that I couldn’t seem to get away from, even when things got really stressful at the end of my bunnies’ lives.

Do I miss it? And do I have plans to go back?

Of course I miss it. I miss the mindless scrolling. I miss feeling connected with strangers. I miss the encouraging posts from @thelatestkate and @stacieswift. I miss stalking people who didn’t know it was me on the Finsta. I miss finding out about new products and exclusive promo codes and being the first to hear about a new Young MA music video.

Despite all this, I don’t have plans to go back to my regular scrolling habit. Life is too good on this side. And I will always be haunted by the fact that I won’t get that time back that I lost on Instagram (or, hey, that cash!).

I do, however, have plans to check in with my favorite tattoo artists on there for updates about new tattoo designs and about when the f*ck tattoo shops will open again in New York.

My Instagram habit is dead. And so are my beautiful bunnies. But my Finsta still lives, and I like to think that, even though it’s no longer a part of my daily life, it taught me a lesson.

Life, the universe, our souls, are always speaking to us. It’s up to us to listen and soak up everything we can from the experience of being. You know, away from the screen. 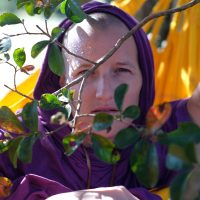 Jenn Ryan is a freelance writer, glitter priestess, and bunny mom whose intentions are to inspire others to be their most authentic selves. She feels most gorgeous when sippin… Read full bio

This is Why we Shouldn’t Block our Facebook Friends with Opposing Views. How the Yamas guided my Social Media Cleanse. The Epidemic of Anxiety is Killing Us.
See relevant Elephant Video