If I wrote a Song for my Sons, I’d redefine what it Means to be a Boy. 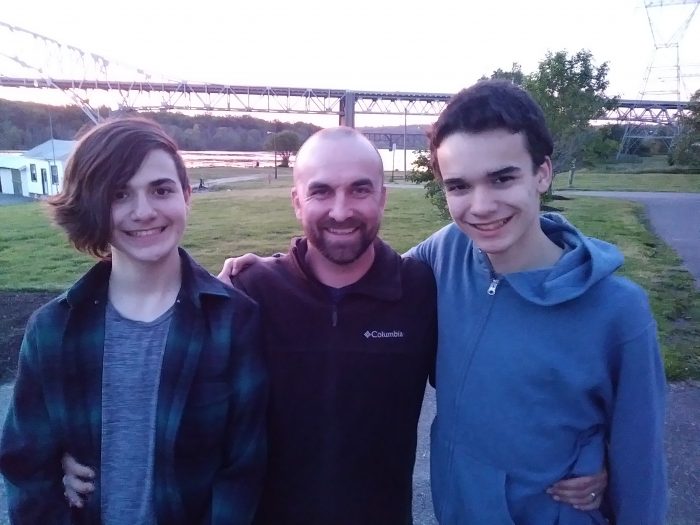 Ever since I was a kid, I dreamed of being a father.

I remember taking a babysitting course at Saint Mary’s Hospital when I was 12 years old. I was the only boy in a room of middle school girls practicing securing a diaper and preparing a bottle.

Whenever I thought about this future progeny, I always imagined it would be a little girl.

When they gave us flour sacks as makeshift babies for an eighth-grade project, mine was named Laura Nicole.

I imagined a child onto whom I could heap love. Who would fall asleep against my chest and who would need me to protect them from the scary things of the world.  It didn’t really occur to me at the time to examine why I assumed that I couldn’t have that kind of love for a son.

One of the social constructs of our society is the expectation that fathers will love their sons differently than their daughters. I think of songs like Kenny Chesney’s, “There Goes My Life” or John Mayer’s “Daughters,” (which has the line, “Boys you can break. You’ll find out how much they can take.”), and many others like it.

It always felt like a father could be sweet to his daughter, but was better off being tough on his son.

I never imagined there could be so many wistful recollections of being struck by a parent (something the “soft” parents of today won’t do, they would remind me) until I put on a hard hat to go to work.

My boys were born a year apart, both January birthdays in 2005 and 2006, respectively. As soon as I held them, I knew that they were such precious children, and the idea that I could do anything other than shower them with affection went out the window. I addressed them as “sweet boy” until they had clearly aged out of this term of endearment.

Though they are now young men, I still give them a good night kiss on top of their heads, even though my oldest is tall enough that he has to drop his head down for me to reach it.

I’m certainly not perfect in this approach. I remember my son taking a fall that I felt, for whatever reason, was not a big deal, and I told him not to be a crybaby—a memory that still causes a feeling of shame to creep up my neck.

There have been times I have been extraordinarily tough on them for no reason to which I can even give voice. But when I feel the tough guy mentality creeping into the way I parent my children, I always try to fight back against it. I have been thinking a lot lately about why it’s important to me.

I believe that these ideas of what it means to be a boy and then a man are so pervasive and thoroughly reinforced in our culture that they need no additional input for me. When I see groups of young men interacting with each other it seems obvious to me that they are not served by yet another voice telling them to toughen up or to not let their guard down. So much of their time with other boys is spent competing, jockeying, and proving their worth.

I want there to be somewhere that their worth is never in question.

As far as I can tell, I haven’t held them back from any typical boy-ness. We’ve seen a broken nose and a broken foot, Nerf wars, wrestling matches, and broken windows.

But my song for my boys wouldn’t be about black eyes and scraped knees. It would be about washing their baby hair with the sprayer on the sink, and zipping their onesies right up to their chins. It would be about how thankful I am that even though they are shaving now, I still know the feel of their hair and smell of their clothes, and that I still get to kiss their head when I tell them goodnight.

That when they are gone, off and living their own lives, I will miss them deeply.

If you are a father to sons on this Father’s Day, I would tell you to not be afraid to love them outrageously. That the ferocity with which we love and cherish our boys doesn’t have to come at a cost to their ability to become good and strong men.

To my own sons, I would say that when I inevitably fall short of these ideals, or carry myself in a way that makes you feel afraid to approach me with something, remind me of this piece. I love you. My gift every Father’s Day is the unbound happiness of being your dad. 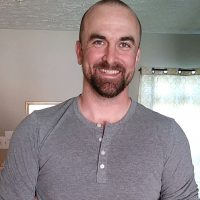 Why Men Withdraw Emotionally From their Lovers. Understanding the Vulnerability of Men. How to Support Men in Expressing Vulnerability.
See relevant Elephant Video