Let’s Stop the Conspiracies & Take a Look at the Real Issue: Minneapolis. 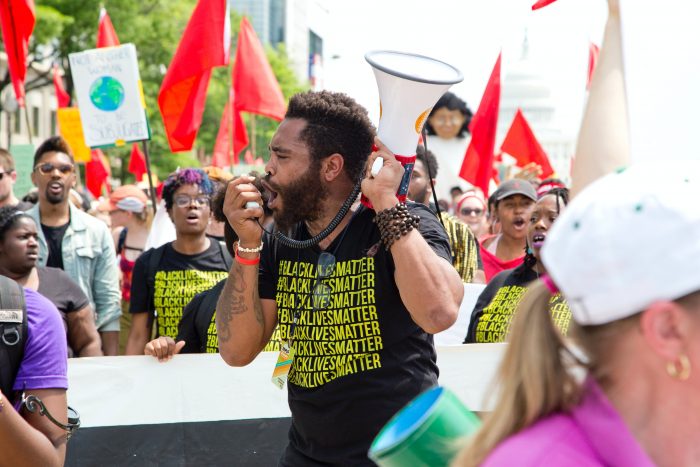 Author’s note: I would like to clarify that I condemn violence as a form of protest. Self-defence is one thing, but looting and rioting is another thing and does not help anyone. Please stop the rioting and let us have a civil conversation.

Most of us have seen the video from Minneapolis.

Many have shared it on social media. Once more, a crime against humanity has been uncovered by a person with a smartphone filming the incident.

#BlackLivesMatter didn’t start out of nothing. Colin Kaepernick didn’t end his career for fun. People from all around the world didn’t point out the rise of racism during the last elections without any reason.

Ignoring the existence of a problem says more than a thousand words. Boycotting the NFL because someone uses their freedom of speech is not about the national anthem.

It was never about the national anthem. It was about silencing a minority. Sports are supposed to be “unpolitical;” how unpolitical is it when billionaires tell their athletes to shut up and ignore a nationwide movement?

There is a very troubling observation from that 10-minute video we all saw:

Everyone on that street watched George Floyd slowly dying.

How on earth are multiple people filming these types of incidents, but nobody helps?

Nobody stops that cop, who is obviously out of control and slowly choking that man to death. What is the second police officer doing?

People storm a town hall with heavy arms to scare politicians about a lockdown or riot a city after another black man dies, but nobody steps in when a cop is murdering someone?

Something is off. Maybe we need to re-define what civil unrest means?

If a police officer is about to kill an innocent person, it is everyone’s right to do something about it. What are they afraid of?

Please don’t get me wrong, I am not advocating violence; just a little push to get that knee off that neck and taking the risk of getting temporarily arrested.

No judge on earth would punish anyone for doing the right thing in this situation when there is a fair trial to be expected.

That is where the problem starts.

Let’s imagine someone would have pushed that officer off the victim. That person would face a trial for attacking a cop, but the victim would still be alive. There is footage of the situation and witnesses, but still nobody tried to save that person from getting murdered. Is there a lack of trust in justice?

Pro-gun activists always tout the importance of weapons for self-defence against tyranny. This, too, is tyranny; and it could have been stopped without a single bullet—no weapons needed at all. Nobody needed to die.

Imagine the same scenery in any European country, it would probably have ended quite differently and everyone involved would be still alive and able to attend a trial to figure out what happened.

Why does the president not say a word about this immediately, as he usually does? Not even a little tweet. Instead, on the very same day, he threatens to shut down social media. Coincidence?

Without social media, we would have never heard about this horrible incident in Minneapolis.

Where are the “woke” people speaking up against institutional racism?

Wake up, people! Bill Gates is not our problem; it is not aliens, or reptilians controlling the world; it is not the guy wearing a mask in the supermarket; it is not the 5G tower in our hometowns. Our problem is something that was always there, and has never been solved.

It is not the mainstream media that is fooling the masses, it is the conspiracy network that invests millions of dollars to distract us from the real issue; it is the right-wing anchorman defending police brutality, it is Karen shouting at a person of colour, demanding a haircut.

Why are people of colour so much more affected by COVID-19 than others? Why is it that all the aforementioned protests and conspiracies are carried out and supported primarily by white, suburban people?

In contrast, when Trump forces meat plants to stay open, who is the victim?

It is 2020 and people of colour are still facing oppression like this.

During the 50s, 60s and 70s, there was a powerful movement demanding civil rights for people of colour, but what has happened since then?

Maybe the civil right movement did not “work.” After all, not everyone was a hippie in the 70s. Racism never really disappeared, it was just under the surface. Asking for racial equality sounds like a call for communism to some folks in the South.

Right-wing media networks, conspiracy blogs, and an army of Karens helped racism to make its return—a “silent” process that is hiding behind fear, prejudice, and lack of empathy.

It is not their struggle; it is our struggle. We are one society. We can not accept this happening in front of our eyes.

Each and every one of us has to speak up when we see racism happening. We have to keep that uncle in check who is talking about white supremacy, we need to stop that co-worker from making racist jokes, and we need to have the courage to take action if necessary.

As history has taught us, racist regimes don’t take power overnight. Society is shifting toward them without even noticing. It’s like the frog in the pan that doesn’t realise that he is slowly getting boiled.

Don’t let people pretend to be the voice of reason and security, while indirectly promoting racism.

If we could use our energy to address the real issues and stop making up conspiracies, that would be awesome.

We are all in this together, and we cannot look away any longer. It is not always going to be easy, but as a wise man once said:

Another Day. Another Black Man Killed. If you Know you aren’t Racist, watch this Blue-Eyed, Brown-Eyed Test. Why White Pride Does Not Exist. Why White People Need to Acknowledge their Privilege.
See relevant Elephant Video