Midlife Crisis: My Son’s not a Child Anymore. 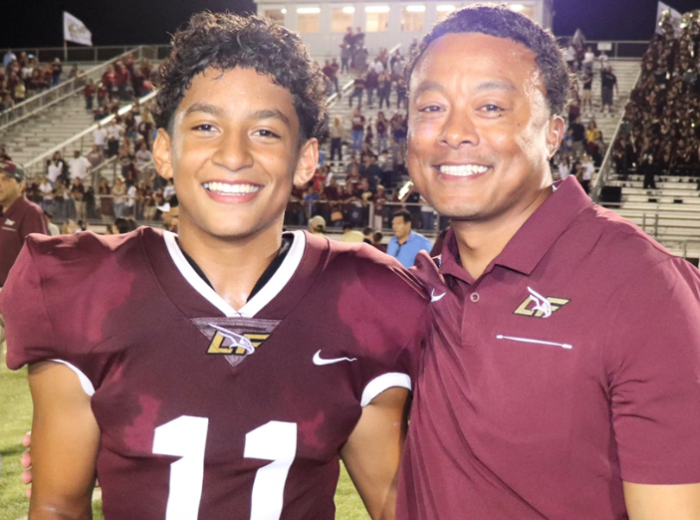 I bought my son, Miles, a car on Monday.

They kept it overnight because I wanted the windows tinted—couldn’t have him driving around in a fishbowl.

He’s been sleeping in lately with the whole quarantine thing, so I got up early Tuesday morning to get it. On the way back from the dealership, I called him, “Get cleaned up and dressed. You have a doctor’s appointment. Your mother is on her way to pick you up.” I didn’t want her to miss out on this. It was good for him to have her there.

I walked into the house and acted irritated. “Hurry man. I told you to be up and ready. Sleeping in all the time these days…jeez, Bubs. Your mother is waiting for you.” He put on his shoes and walked out of the door. He was still a little groggy, so he just made a beeline toward his mom’s Jeep.

His mother asked, “We taking my car or yours?”

He stopped in a confused state and looked around. On his second take, he saw his car. As a smile grew on his face, he looked back at me and said, “You’re so dumb.”

I shot back my signature smirk, and replied, “I got you.”

I’m not big on surprises or the fanfare that goes into things of that nature, but I do okay every now and then.

He did a walk-around the car.

He has a way of making me laugh. I threw him his keys. He got in, worked himself in the seat, and soaked it all in.

“Your mom has to go. Go say goodbye.”

She wanted to take a few pictures of him with the car before she left. We walked back into the house together.

He doesn’t really have outbursts or huge displays of emotion…always as cool as Kind of Blue. He won’t admit it, but I got him. He sat in his car for an hour just to chill. My daughter, Asia, called me to tell me how much he loves his new car. It was definitely a moment for me.

Another bullet point on our timelines—his first car.

I felt something similar when I bought Asia her first car. Similar, but not. For him, the car represents a major step into his freedom and the great unknown.

For me, it represents something entirely different. It’s a major step into my freedom and the great unknown. It means that he’ll be out and about without me. It means that we’ll be spending less time together. Our always turns into sometimes. Our every days are going to take on a whole new look.

The rides to and from school, practice, games, fast food runs, grocery shopping, movies at the mall, dropping him off at the park with his friends, taking him to his girlfriend’s house, and long-distance trips all over the state—we’ve spent so much quality time together while driving.

Have I given him all the resources and tools needed to navigate completely on his own?

I’m leaving a beautiful, warmhearted young man to fend for himself in a world full of people that seem to be trending the other way. It’s natural for a parent to have such feelings.

There has to be more to it than that.

I’ve spent the best part of my life being a father. Outside of teaching and coaching, I didn’t leave much room for anything else. Dating took a back seat. I convinced myself that I had to make up for them not having both parents at home. Or maybe after my divorce, I was just afraid of being hurt again.

Asia is 22 now and she moved out over a year ago. Miles will be 17 in a couple of weeks. It hit me when Asia left, but I had Miles to soften my unease. I didn’t prepare myself for this. I’ve been riding the brake pedal, plodding along on the access road to the expressway hesitant to merge, yielding to the flow of everyone and everything as they zoom past me.

I feel like I’m in the diner scene at the end of “Pulp Fiction” with the whole shepherd, righteous man, evil man speech. I thought I was the driver this whole time, but it seems as if I’ve actually been the passenger. My kids have driven me around all these years protecting and insulating me. I’ve used them as a healthy distraction from being alone; from myself.

Miles is a junior, so I have two years left with him under my roof until he goes off to college. These two years may be more valuable in preparing me for the life thereafter, than it will be for him. Christ, even his name plays a part in this.

When I found out that I was going to be a father, I didn’t have all the details worked out, but I was excited.

This is not that. I’m not ready, nor am I excited. I’m afraid. A single parent lost with no map; time to get out of cruise control. 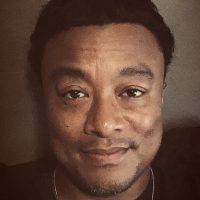 Leigh Adrian McWhorter is a full-time single father of two. He teaches high school English and coaches football. He’s sharing his stories to add some value to the world.… Read full bio

How to Get Through a Mid-Life Crisis: 5 Hints from a 73-year-old Woman Who’s Been There. How to Stop Everything & have a proper Midlife Crisis.
See relevant Elephant Video