The Painful Contrasts in Today’s World that are Pissing me Off. 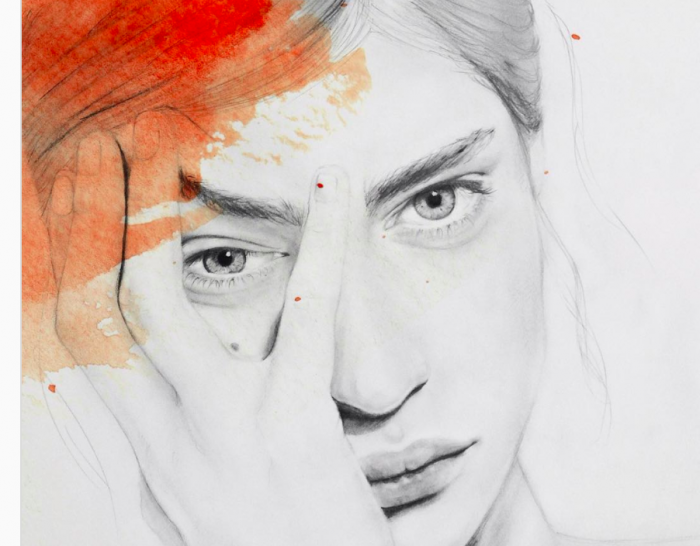 During these quarantine days, I have been fortunate enough to read lots of interesting articles and books.

I have learned more about power and vulnerability from the incredible Brené Brown. I watched her brilliant interview with the witty Russell Brand and have been reading her beautiful words.

As I have continued exploring these things during the slow weeks, something became apparent: we live in an exceptionally contrasting world.

Unlike power and vulnerability, where one strengthens the other, the opposing forces in our world weaken us as a whole. This means that the critical issues, like climate breakdown and overall health problems, aren’t getting any easier to solve.

You may be thinking, “So, what’s new?” And maybe it’s because the walls are closing in on me, but I feel it is essential to speak up about this blatant hypocrisy. It must end.

Let me begin with a headline in a Belgian newspaper that caught my eye: “Countries from Angola to Venezuela will face the largest famine ever.” Food experts are sounding the alarm about an approaching hunger pandemic in countries across the world. Especially the ones that are already weak, poor, or in state of war, like Yemen.

More people will likely die from the economic impact of COVID-19 than from the virus itself. At the same time, the rich have run from the pandemic and escaped to lavish bunkers equipped with unique air filtration systems, swimming pools, movie theaters, saunas, and gyms. The harsh inequality between rich and poor is emerging even more robust than ever.

A moment later I read about the massive bailouts of airlines. European governments have come to the rescue and granted billions to airlines on the brink but without binding environmental conditions. What? I can’t see the “green” in the deal here, and I’m not color blind.

The Green Deal is a plan that aims to make Europe the first climate-neutral continent. But, this new information makes it questionable how serious plans are to fight our other crisis—the environmental crisis. Or maybe it’s better to speak of COVID-19 and the environment as one big problem, for both are inseparable. Top scientists responding to the recent multi-trillion-dollar recovery and economic stimulus plans say, “We have a small window of opportunity, in overcoming the challenges of the current crisis, to avoid sowing the seeds of future ones.”

According to research by Greenpeace in 2019, livestock farming (another powerful industry) collects nearly a fifth of the European Union’s total budget. Billions of taxpayer dollars are being invested in the intensive factory farming industry and promotion of consuming meat and dairy—despite its profound environmental and health impact on animals and humans. The Green Deal president has no intention to change any of these giant subsidies.

This giant polluter has political influence and already knocked on the EU’s doors to ask for a significant financial injection. In the meantime, livestock keeps using over 63 percent of arable land to produce food for animals instead of food for people.

Despite the trend to switch to a vegetarian or vegan diet and the numerous plant-based alternatives, figures demonstrate that meat consumption hasn’t shrunk much. Yes, there’s a slight decrease in beef and veal consumption, but the consumption of poultry is increasing.

You may be asking, “So, what about the wide range of veggie burgers that are occupying the supermarket shelves?” So far these products are just complementary, they are not actually replacing meat.

When you cycle through desolate parts of Spain and France, you see (and smell) colossal factory farms, hidden from the public, where cows, pigs, and chickens are packed and have miserable lives. In the meantime, governments and banks keep on subsidizing these enormous factory farms.

These bailouts are not signals to reduce Europe’s livestock even though it’s known that industrial factory farming is a significant contributor to climate change. It is also a breeding ground for animal diseases and zoonoses (an animal disease that transmits to humans), which is dangerous for animal and human health.

The curve of zoonotic viruses has risen steeply over the last 50 years. The danger for public health is the uncontrolled trade in wildlife. Bats are an example of this—sold in Asian markets (bats are carriers of many viruses) and factory farms, where viruses have the right circumstances to emerge and transmit to humans fully.

I have read that COVID-19 stems from animals; it could have even been transmitted from a bat to humans directly. Still, it’s possible that another animal has been in between before the virus transmitted to humans, according to global virologists.

Ilaria Capua, a prominent Italian virologist, veterinarian, and professor at the University of Florida, can’t stress it enough that “Our human health is inextricably linked to the health of animals and nature.” She wrote the book Circular Health in which she advocates a “one health revolution.”

To prevent future pandemics, we have to change how we treat the natural world, including animals in factory farms. We need to recognize that human, animal, food, and environmental health are closely interconnected. Will governments no longer be deaf to the warnings, and will the COVID-19 pandemic present a turning point?

According to Ilaria Capua, the displacement of animals from their natural habitats is linked to other factors, such as the growth of mega-cities, labor exploitation, and inequality. It demands a transformative change of how we have set up our systems; a quick fix won’t do it.

The agricultural and food system, for example, needs to become more sustainable, and subsidies need to be reversed to support the smaller, sustainable farmers.

The explosive growth of global air travel needs to be contained. It demands us to make brave choices about where the money goes—to people, to health, animals, plants, and our shared environment (one collective health), or big polluting industries.

These political choices can make impacts on our interconnected world less contrasting. But how can we, as citizens, contribute to these most needed system changes?

A good start will be to use our vote—support the causes we believe in. Use forks over knives, and dare to be different.

Stop Romanticizing Lockdown—It’s a Mental Health Crisis in the Making. Dear Privileged A-Holes: Do Better. All the Things you’re Allowed to Grieve during Quarantine. Consciousness in Quarantine: I Am My Father’s Son. An Open Letter to the People Protesting the Lockdown.
See relevant Elephant Video