Female Leadership in the Time of Corona & Why it Matters.

I was one of the first to write on social media about the effectiveness of women leadership in the time of corona.

To be clear, this article is not about who is better—women or men. This is not a competition, but rather an observation of the differences between male and female leadership during a global crisis.

From my own observations, the reactions of some male leaders have been rooted in denial or defense.

I was appalled when U.S. President Donald Trump suggested that people should drink disinfectant to kill the virus, and when the Philippines President, Rodridgo Duerte, ordered police to kill those who did not follow his instructions, instructing them to “Shoot them dead.”

At worst, they have used the crisis to increase their stronghold over their people.

The media is filled with headlines about power-starved leaders like Brazil’s Bolsonaro, Turkey’s Recep Erdogan, or Hungary’s Viktor Orban, who use the crisis to concentrate even more power in their hands. In Africa, the Tanzanian leader decided to hand over the problem to God by declaring three days of prayers in churches.

How did we get here? I cannot curb my frustration, pain, and actual fear when I read the headlines about the responses of these male leaders, while knowing deep down that as a civilisation, we are better than this. We deserve better.

It is true that crisis can bring up the worst in people, and leaders are not exempt from this. But I believe this crisis can also potentially bring hope.

My hope is on the rise when I read about Norway Prime Minister Erna Solberg, who chose to talk to and answer children’s questions—children are arguably the most emotionally vulnerable, and the prime minister took the time to tell them that it is okay to be scared.

In New Zealand, Prime Minister Jacinda Ardern declared lockdown very soon after the first corona cases were detected in the country and appealed to her people’s cooperation and commitment to fight the virus.

In Germany, Chancellor Angela Merkel, who holds a doctorate in quantum chemistry, urged people to take the virus seriously and responded with high numbers of testing.

The same serious response came from Taiwan’s President Tsai Ing-wen, who immediately introduced measures to stop the spread of the virus and prioritised testing.

There are a few qualities that single out these female leaders during the pandemic:

>> They took the problem seriously
>> They acted fast
>> They communicated clearly with full transparency
>> They appealed to people’s wisdom to act responsibly.

They did not act from a place of denial. They did not seek to manipulate or hide the truth. And they did not try to use force to enact their decisions.

Now, toward the end of May, and more than three months into the crisis, New Zealand, Denmark, Germany, Finland, Norway, Taiwan—all led by women—are preparing to celebrate the end of coronavirus in their countries. Meanwhile, the number of new cases is still very high (or even rising) in places like Russia, USA, Brazil, India, and Turkey.

These female leaders have gained the confidence and vote of their people—not “despite” being women, but because they are women. Because they propose a new kind of leadership—one that is built upon the belief that human life matters, that all life on Earth matters and must be protected.

The style of leadership displayed by females in power during this time emphasizes values like community, connecting, cooperation, sharing, kindness, and nurturing the most vulnerable in their countries.

We have been living in a culture dominated by violence and aggression—aggression against animals and nature, against people and ideas that are different from us, and ultimately, aggression against ourselves. One only needs to turn on the TV or login to social media to witness the unbearable violence. Unsurprisingly, we’ve casted our votes to leaders who are equally aggressive and promise to protect us from a hypothetical enemy.

Specifically, we have behind us a history of violence and aggression that was often directed against women—a history that discards feminine values via a consistent and sustained aggression against women while emasculating men who embrace femininity.

How many male leaders today dare to show tears in public like the Canadian Prime Minister Justin Trudeau, or show the emotional resilience of the former U.S. President Obama, who fought the system to provide health care for all?

I am not here to blame or seek revenge for the ways women have been mistreated for centuries.

My appeal is to all humans to give voice and space to the feminine that lies in all of us—women and men. To take a step back and reconsider the values that we have inherited and churn them through our hearts, and not just our thinking minds.

Open your heart and listen to those who are different from you. In a true democracy, all voices are listened to and given adequate consideration. How did we come to only hear the louder and most outrageous voices?

The ancient Chinese used the concepts of Yin and Yang—a duality between feminine and masculine forces—to illustrate the principle that all things exist as inseparable and contradictory, and reach harmony only when in balance. This concept is represented by the taijitu, a well known symbol that shows a circle with black and white in perfect balance. Each half represents yin or yang, which are mutually dependent upon each other and contain at their core an element of their opposite, represented by the opposite color dots inside each half.

The fact is, we are all connected and need a healthy balance of yin and yang. Humans cannot evolve if feminine values are put down and kept behind. Next to the loss of creativity and tremendous work of at least half of the global population, civilisation loses its balance when this happens.

A harmonious balance of feminine and masculine values is needed if we are to bring better leadership and peace into the world. There is no “weaker” or “stronger” sex. The masculine and feminine are separate but complementary forces that are both equally necessary and present in our beings.

Only when in balance, and approaching each other with profound respect for the divine spirit in each of us—without fear—does humanity stand a chance to survive and thrive. 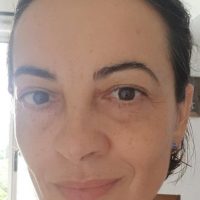 Mihaela Marcu is an international aid worker and relationships coach. She travelled the globe and lived in several cultures in search for answers to finally find them in her h… Read full bio

7 Leadership Qualities that Men can Learn from Women. The new Youngest Leader of the World is a Woman. ~ Waylon How we Clean Up Toxic Masculinity. A Manifesto for Real Men.
See relevant Elephant Video