My Teenage daughter Gave me the Courage to Hang my Pride Flag. 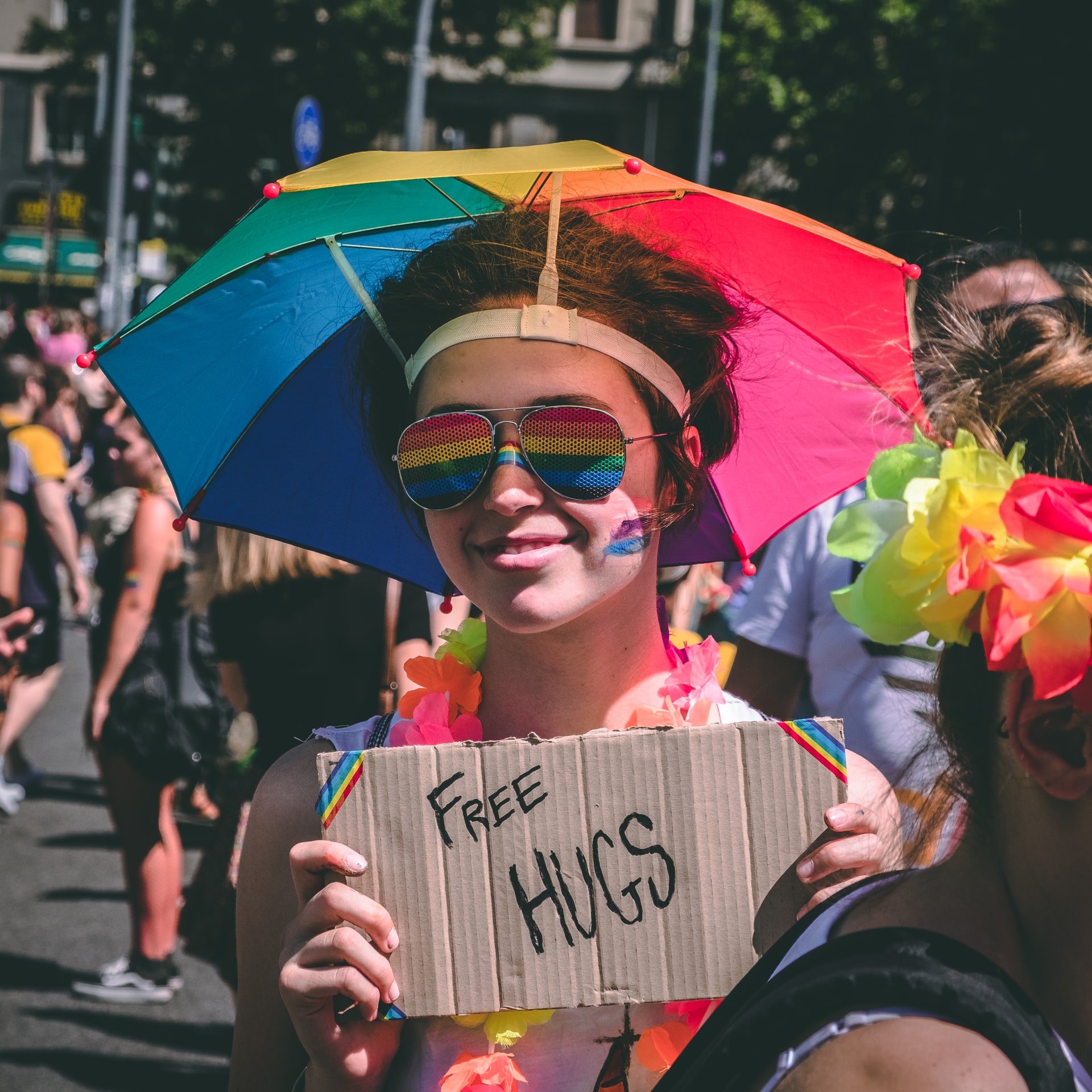 A couple of months ago, my spunky middle school-aged daughter, Jennie, was in my school attic with me.

I was cleaning and sorting, and she was looking for castoff treasures. She had accumulated a little pile of twinkle lights, pencils with heavy, cartoon shaped erasers, and a box of forgotten Capri Sun lemonade pouches.

I was thinking about how to slip her junk pile into the dumpster without her noticing when I heard her squeal.

“Mom,” she gasped, “Did you know you have this gigantic Pride flag?”

“Yes,” I answered quietly, taking a deep breath as she added it to her pile. I knew that I now had zero chance of that pile avoiding our house.

That night, as I walked our golden doodle around the bend of our suburban Boston neighborhood, I noticed Jennie trying to slam her bedroom window on one end of the crooked, three-by-five foot rainbow flag.

I walked down the driveway of our typical raised ranch, looking on as my tween daughter broke out the duct tape to secure her statement of acceptance in place.

“Jennie,” I said softly, “Please bring the Pride flag into the house. I will help you hang it in your room tonight.”

“No,” Jennie said, somewhat defiantly, “I like it right here on the front of our house.”

“I don’t, Jennie. I don’t know how people in our neighborhood feel about that kind of a statement.”

“It’s not about you, mom. It’s about me and what I believe.”

I then said the most obnoxious mom thing I could think of, “Well I pay the mortgage on this house and I don’t want that huge flag hanging out the front window.”

“Fine!” She heaved the flag in her bedroom and slammed the window shut.

Later that night, I came into her room to hang the Pride flag for her. I carefully thumbtacked it behind her bedroom door.

She shifted her eyes over the top of her book and side-glanced at the flag. “Thanks,” she said flatly. “No one will notice it there.”

I exhaled and turned to walk out of her room. “I’m not brave enough, Jennie,” I whispered.

Weeks later, COVID-19 shut the world down, and tiny red hearts began to pop up on every house in our neighborhood in support of healthcare workers. I dutifully bought and hung one on the front door.

A dozen weeks into the shutdown, after watching another Black person die due to racism, I noticed a tiny sign at the end of one of my neighbor’s driveways. It read, “Justice for All.” As far as I could see, it was the only sign in our very white neighborhood that openly showed support for Black Americans.

When I got home, I ordered a dozen lawn signs with Martin Luther King, Jr.’s face, and a quote from his letter from Birmingham jail: “Injustice anywhere is a threat to justice everywhere.” I plunked it on my front lawn, and passed some out to a couple of neighbors and friends who I knew would want one.

Jennie came outside to read the sign and heartily nodded her approval. She turned on her heel and yelled, “I’ll go get the Pride flag.”

“Whoah, whoah, whoah, Jennie. Stop. This sign is in support of Black Lives Matter, not Pride.”

She looked at me with a mix of pity and frustration. “I know that mom. So since everyone in this neighborhood is supporting healthcare workers and we are showing our support of Black people, it’s time to stand up for gay rights, too. It’s Pride month.”

I stood in our front yard, my feet stuck to the ground. “Jennie,” I whispered, “The reason we can’t hang that flag is because I’m actually gay.”

“Mom, that makes no sense,” she said, annoyed. “That’s exactly why we should hang it. To show that it’s totally normal and okay to be gay.”

I thought of my partner’s neighborhood, one town over. A civic organization had distributed rainbow flags (with the brown and black stripe) to residents for Pride month. They are everywhere. There are so many that it almost seems like the cool thing to do.

But in my neighborhood? I’d be the only one. And I’m actually gay. And that’s why I can’t seem to get myself to hang that flag.

In a recent interview with Brené Brown, Black transgender actress and activist Laverne Cox described privilege as “the ability to become invisible, and to blend in.” As I listened, I thought about the blur of privilege—how if a person doesn’t visibly stand out, they can choose to blend into the blur of white, Christian, straight easiness. And from the safety of the blur, it’s okay to show and speak your support for a less privileged group that you don’t belong to. It’s not hard. In some neighborhoods, if enough people start doing it, it even becomes cool.

Hanging that Pride flag feels scary to my inner middle schooler who just wants to blend into the blur. I don’t want to say, “I’m different,” and I guess, because I don’t look “gay” on the outside, I don’t have to. That’s privilege. Privilege is handing out Black Lives Matter signs because it’s altruistic, not because it’s self-advocacy.

Those of us with access to the blur have a responsibility to express our beliefs, and not just privately at the ballot box or with people who we know to be like-minded. Sharing where we stand, out loud and on purpose, might be the only way assumptions aren’t made about what the “silent majority” actually thinks.

This runs far deeper than a flag or a yard sign.

Uncomfortable self-reflection, unpacking assumptions, choosing open ears and hearts, and being willing to start hard, important conversations with people we disagree with are small steps in the right direction.

If there were even one more Pride flag on the route where I walk my dog, I would have hung that flag a long time ago…because my inner middle schooler would know I’m not alone.

But tonight, I’m hanging it anyhow, even though I’m uncomfortable. I’ve decided to stop hiding in the golden doodle-walking, white blur of suburban America. It’s not brave, and it’s unfair to those who can’t.

And Jennie can finally exhale. Because like all kids, she came into this worn-out world fair and brave.

Like all parents, it’s my job to help her stay that way. 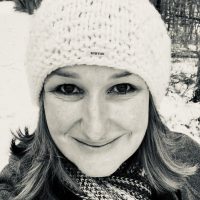 Katy Boucher is the founding director of The Accord School, a purposely tiny school south of Boston for kids who choose to rise above the typical middle school mess. She speci… Read full bio

I am Black. This is what I Need (& what I Don’t) from White Allies. 12 Brené Brown Quotes to Kick our Ass into Courage, Self-Worthiness & Vulnerable Imperfection. 92 Words from Brené Brown on Belonging, Self-Worth & Finding the Wild Courage to Love Ourselves.
See relevant Elephant Video