If Trump is Reelected, Racism will Never End. 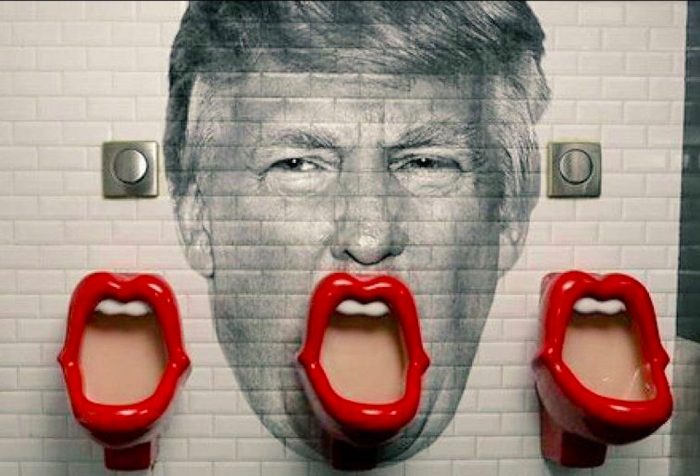 Editor’s note: Have opinions or thoughts about this article? Join the conversation by commenting below or sharing your own view here. We welcome all points of view, as long as helpful and respectful and fact-based. Our mission is to bring all together in mindful discussion, so that we may learn, share, and listen. ~ ed.

I’ve thought a lot about the upheaval in the United States following the murder of George Floyd by Minneapolis police officers.

While the murder of unarmed black men by white law enforcement is nothing new in America’s murky racial history, this was the final indignity that opened up the flood gates. Rage has echoed across the nation.

Most conscious white Americans know that slavery and segregation are wrong. They do not, however, fully comprehend that these cruelties perpetrated against blacks were not only persistent and pernicious but bordering on pure evil.

Until now, the 1921 Tulsa Massacre was relatively unknown to white America. Ironically, by choosing to hold his first 2020 campaign rally in Tulsa, Oklahoma, Donald Trump has inadvertently brought the worst racial massacre in American history back into the light.

For two days in the late spring of 1921, a white mob invaded and destroyed the prosperous African-American Greenwood neighborhood nicknamed “The Black Wall Street.” Several hundred black residents were murdered, and the entire section of 35 city blocks was burned to the ground. The white mob was aided by the Tulsa police force as well as units of National Guard, who set up a machine gun to spray the main street with fire. Airplanes flying overhead dropped turpentine bombs on rooftops, spreading the conflagration.

When it was over, black survivors were herded into internment camps where they were held for several weeks. Only one segregated hospital treated the wounded—in their basement. No white person was ever convicted, let alone arrested, for this crime. The tragic event was swept so cleanly under the rug that even some current black citizens of Tulsa never heard of it while growing up.

If one adds this atrocity to the 400 years of slavery, lynchings, rape, mutilation, and torture blacks have endured (in a nation supposedly committed to freedom, justice, and equality), it’s remarkable that they haven’t burned America to the ground. In retrospect, our fellow black citizens have demonstrated a moral restraint that is almost other-worldly.

In comparing the reactions of both the Jewish and black communities to oppression (in no way am I blaming the former or inciting the latter), the comparison stands as an answer to anyone complaining about “those people rioting” in the streets and burning down buildings.

White Americans have not only been unable to comprehend the dimensions of black pain but have shielded themselves behind a wall of denial that would make a psychologist weep. Antebellum southerners truly believed that not only was black slavery a righteous thing but that the slaves themselves were happier living under the lash. Better to be cared for by kindly “ol’ Massa” than be a lowly mill worker in the north living in a tenement and earning paltry wages.

During the Jim Crow era, after black suffrage in the south had been beaten, burned, and lynched to the ground, southern whites deluded themselves into thinking that the “darkies” were happy and only aroused by “outside agitators.”

While most white Americans felt a sense of safety during the Civil Rights era with the soothing non-violence of Dr. Martin Luther King Jr., they were terrified by Malcolm X, who publicly castigated them for the sins of segregation and oppression. The notion that the black community could resent, even hate, their oppressors mystified them.

And while author James Baldwin called out racist brutality in prose on the pages of chic New Yorker magazine, Malcolm denounced it in fiery speeches that scared the hell out of white Americans who were amazed that the tormented didn’t feel affection for their tormentors.

Where the current “Black Lives Matter” revolution will go has yet to be determined. It could subside if substantial changes are made to our police, criminal justice, and prison systems. While those more radical will call for a complete dismantling of American infrastructure, that result is less certain.

The upcoming November election will be a bellwether moment in America. If Donald Trump is reelected, it will give the green light to racist white supremacy on a wider scale. The United States, as an enlightened Western democracy, might come to an end.

Such a catastrophe could then result in the dissolving of the bonds of restraint among the black community who might revisit the speeches of Malcolm X and defend themselves “By any means necessary.”

I am Black. This is what I Need (& what I Don’t) from White Allies. When you Don’t See my Color. White People: Stop Saying “I’m Not Racist.”
See relevant Elephant Video