The Allegory & the Elephant: 2 Grounding Stories for these Unsettled Times. 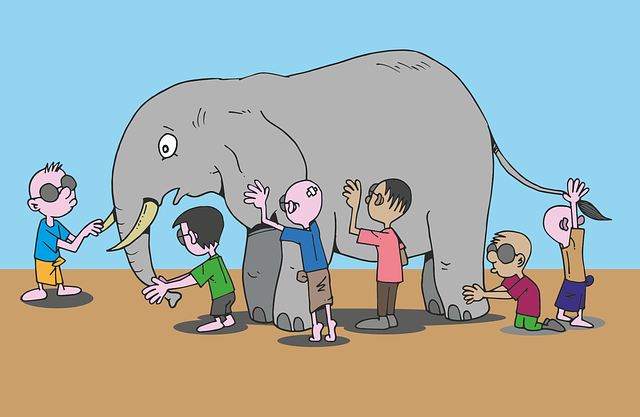 Three people are imprisoned in a dark cave since birth, chained to face the cave’s wall.

There is a fire behind them and a roadway outside with people walking by in the bright sunlight casting shadows on the wall.

Some may recognize Plato’s “Allegory of the Cave.” I shared a retelling with my English students, starting with a rough sketch on the blackboard showing the cave with its inhabitants and surroundings.

I explained that the prisoners’ perception of the shadows is their only reality until one day when one of them breaks free of the chains and makes their way out of the cave. It is painful to make the adjustment from the darkness to the light.

Upon seeing the origin of the shadows and the broader perspective of the world outside, the escapee makes his way back in to explain to the others, again experiencing pain in trying to adjust his vision from the bright light outside, back into the darkness.

“This is not what is real! You don’t understand!”

And they don’t. They can’t. It’s outside the expanse of their experience.

People can be comfortable in their ignorance. This is an allegory of enlightened and wise people who get rejected by ignorance when they try to enlighten others.

How true this rings in our struggle to comprehend the whole reach of racism.

Plato’s cave can be considered with the ancient parable from India, “The Blind Men and the Elephant.”

Six blind men find themselves exploring and examining a different part of the large animal. Each one declares their own conclusion as to what the object is—a rope or a wall or a tree, and so on. I read John Godfrey Saxe’s version as a poem with my class. It concludes as follows:

And so these men of Indostan

Disputed loud and long,
Each in his own opinion
Exceeding stiff and strong,
Though each was partly in the right,
And all were in the wrong!

So, oft in theologic wars
The disputants, I ween,
Rail on in utter ignorance
Of what each other mean,
And prate about an Elephant
Not one of them has seen!

Like the blind men, we get a hold of a part and create a whole interpretation. And like the people in Plato’s cave, we are all somewhat in the dark, chained to our perspectives while seeing shadows we interpret as our reality.

How would we ever get the whole picture of anything when there is such a vastness to our existence? The takeaway is to not be too rigid in any position and to take a step back to allow for other points of view. Holding on too tight to something pinches us off from connection to the everything.

The mind can interpret from multiple perspectives in infinite ways. In the final analysis, we must turn to the wholeness of the heart.

Let there be love.

At a rally against racism in my town, a preacher repeatedly stated, “Love is an action word.”

What actions can we take?

>> Be informed and vote.

>> Read, listen, watch, learn. For myself, I have a notebook dedicated to what I am learning, from reading and listening to podcasts and talks and watching shows and documentaries.

>> Connect with others. I also have a community group that we have named “Conscious Conversations,” and we meet regularly via Zoom. We share resources and choose a few each time to bring to the group meeting for discussion.

>> Everyone, talk amongst yourselves in a similar focus group. We have to know and understand where the roots of racism grow if we’re going to dig them out.

>> Most importantly, keep an eye on your language, including self-talk. Today I decided I am going to drop the word “hate” from my thinking. I don’t use it often but when a group of noisy motorcycles going by disturbed my peaceful walk, I found myself thinking, “I hate those motorcycles.” I decided to switch it up: “I am disturbed by those motorcycles.”

Even just one person not speaking or thinking that loaded word lifts a weight from the world. Join me! Any other words to drop out of use?

It will take commitment and courage to break free of our limited perspectives. There is much to understand about the systemic causes of racism. There is also so much to learn about ourselves and each other. It will take patience to get around the whole elephant in the room.

Let’s allow our hearts to lead us to look, listen, and learn, so right actions can be taken in thought, word, and deed. Love is an action word. 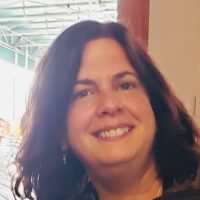 Debra Emerson is an educator and writer who loves to share about her acorn-ic inspiration. Years ago, she was writing something she felt was very important, but got writer&… Read full bio

“If America hasn’t broken your heart, you don’t love her enough.” ~ Senator Cory Booker 8 Minutes of Hope for George Floyd (& All of Us). Broken—A Poem on Oppression, Racism & Heartbreak. Minneapolis Mirror: Being the Change we wish to See. Racism is Part of our History. Are We going to Replace Everything?
See relevant Elephant Video