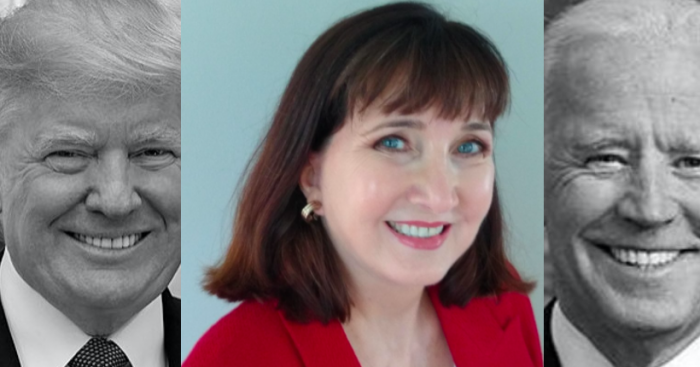 In November, United States voters will be presented with a painful choice once again.

Which evil should they choose for this presidential election?

Sadly, this is a choice Americans may have to get used to. We experienced it back in 2016 when we ran the two least favorable presidential candidates in United States history.

Today we have Donald Trump running virtually unopposed thanks to the powers that be in the GOP with his approval ratings at a solid 39 percent, and Joe Biden has already taken his place as the Democratic presidential candidate. It’s hard to predict which way the race will go this time with the establishment candidates duking it out once again.

We know for sure that American voters won’t be happy with their choice, least of all progressives, moderates, and independents. Neither choice is particularly attractive, but both sides are being told they need to beef up the base of one side to avoid the evils of the other.

Could America try something different? Is there even another choice besides the two men in front of us?

Most Democrats have seemed to begrudgingly accept their fates with the choice of Joe Biden, one of his most glowing endorsements coming from his wife. She told democrats and progressives that they’re just going to have to live with him even if they like other candidates better on actual issues. After all, we have to do whatever it takes to defeat Trump.

It’s a tired narrative that Americans are becoming all too used to hearing. But does Joe Biden really provide that much better of an alternative on progressive issues? This certainly isn’t the case if you care about drug reform, criminal justice reform, or correcting the racial injustices that have faced this country. Joe Biden doesn’t have a strong record on any of these issues and will be more than likely to take us back several years in progressive reforms.

Joe Biden has famously supported asset forfeiture, the continuation of our violent drug wars, and the prolonged incarceration of poor Americans and minorities, for example, through his infamous Tough on Crime of Act, signed by Bill Clinton in 1994. More recently, he’s been famously quoted as saying that “legalizing marijuana was the dumbest thing anyone ever did,” a particularly concerning position if you understand how marijuana laws have disproportionately targeted minorities.

It’s beginning to look like Joe Biden may try to hide his egregious criminal justice record behind one of his most popular VP picks, Kamala Harris, who, frankly, doesn’t have a great record herself.

Donald Trump is not particularly likable or progressive on any of these issues, but how much worse is he than Joe Biden? At very least, he gave us the First Step Act, a baby step for sure, but a positive one forward in criminal justice reform. Biden summed it himself with his out of touch comments about training police to “shoot people in the leg.”

He may speak a bit softer, but at the end of the day, he’s not much better than Trump despite his pleas to African Americans that “You Ain’t Black” if you choose not to support him. This type of blackmail has become all too prevalent in American politics, but some of us outside the two-party spectrum have grown tired of it, including this independent voter.

One Candidate in This Race Definitely Respects Women

Women have recently taken a liking to Joe Biden, and how could they not against the alternative? Donald Trump is not exactly known for his enlightened attitude toward women from the time of the leak of his infamous “Grab her by the P*ssy” tape and multiple sex abuse allegations. He’s not exactly an attractive choice. Former president Biden, however, has similar allegations of his own. Guess who doesn’t?

If respect for women and women’s rights is key in this election, perhaps we should consider the woman herself. Jo Jorgensen is not necessarily brand new to politics, having run as VP to then Libertarian presidential candidate Harry Browne in the early 90s. Since then, she’s worked as a well-studied psychologist and psychology lecturer and as a successful entrepreneur. In an old, rich, and out of touch man’s world, this woman may be the breath of fresh air that American voters have been waiting for.

Are We Serious About Criminal Justice Reform?

There has been a slew of reforms proposed on our criminal justice system, but it’s hard to say how many of them will actually pass on a national scale. “Defund the Police” has gained a great deal of popularity among the progressive left, and in some urban communities, but the polls currently show little support. But what about considering the criminal justice reforms of those who have been calling for change for many years?

In many ways, mainstream democrats are responsible for creating the system we have now, though they are quick to call out republicans. Back and forth, between the two parties, there’s been little change from Clinton to Trump. Perhaps it’s time for a fresh perspective from those who have been calling for drastic reforms all along.

Recent efforts in the courts have failed to end the nightmare of qualified immunity. Legislators are still at it, however, with Libertarian Justin Amash bringing together republicans and democrats to support a tri-partisan bill to do just that. Jo Jorgensen has also been at the forefront of this effort calling for an end qualified immunity, and to require cops to carry their own liability insurance. This, she argues, would help “price them out of the job.”

Libertarians have shown a willingness to discuss reforms that the other two parties have not and the ability to reach across the aisle for a freer and fairer America. At the very least, in a world where the two parties have done the exact opposite, they should be given a chance.

What Would a Strong Third-Party Mean for America?

Many voters who have grown to disdain Trump fear what four more years of his sloppy leadership will do to this country. As such, the conclusion has been that we should simply resign ourselves to Joe Biden. I argue that this type of short-term thinking is exactly what has placed us in this position.

First, we should be concerning ourselves more with limiting presidential powers than with who is actually president. George Washington said that “absolute power will corrupt absolutely” no matter who occupies the position of power. Secondly, we need to start asking ourselves if we’re really ready for change. We have passed the presidential offices between the two parties for the last five presidencies, and things have only grown worse.

If we want to see change, we need a strong, alternative party in America. Jo Jorgensen may not be in a position for a swift victory unless she can make the debates. Yet either way, she still presents us with an opportunity for change. Even a decent amount of support would mean a strong third party in America, and one that is willing to reach across the aisle for positive reforms. We already have one in congress who has shown a willingness to show leadership on criminal justice reform.

They have spoken out and been ahead of the curve on a range of issues from drug policy to bail reform, and much more. What if America needs a third perspective to bring balance, reason, and fairness to Americans? 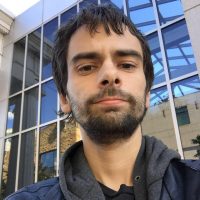 Image: Eliyak, on behalf of Jo Jorgensen for President/Wikimedia Commons

One of these three Women will be Biden’s VP Pick—I guarantee it. Trump (“Hitler 2.0”) just Revoked Discrimination Protection for the Trans Community. If Trump is Reelected, Racism will Never End.
See relevant Elephant Video