5 Ways to Respond when Someone we Love Cuts us with their Words. 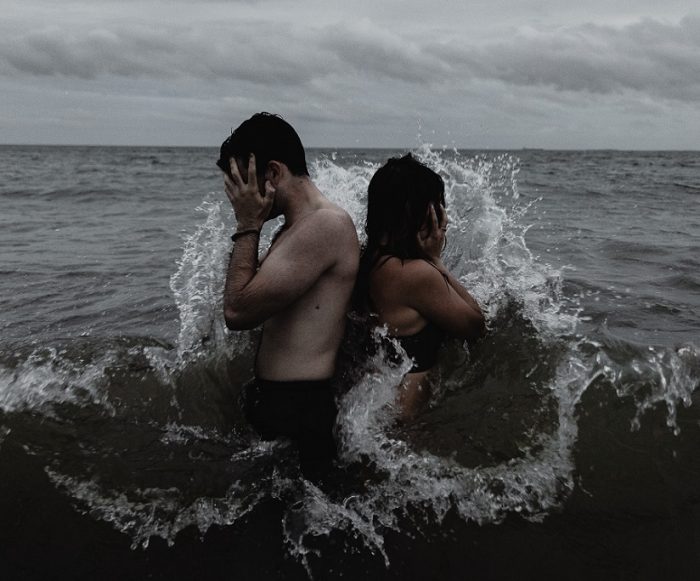 When we choose to love, we almost always elect to get hurt, because we attach ourselves to others in ways that expand the paths where pain travels.

Even for the most low-maintenance of us, this seems to be true. And until and unless we process this pain, things won’t be better. Survival mode can neither nourish nor sustain big love.

This is true even when we choose to cut off relationships. My mother always said, “As long as you have water and oxygen, you can live. You don’t need much else.” She is someone who cuts off people easily, so the pathways of pain end up becoming dead-end roads.

Love is not about being detached—it is about being involved. So those we love often carry multiple roles in our lives, thus producing multiple layers and levels of attachments. The deeper the involvement, the more difficult it can become to focus on just one dimension of the relationship, so loss of direction is normal. This is true in analysis, and even more so in real life, when we react and respond more often than we give way and extend love.

Let’s look at this dynamic in our own family relationships. I understand parenting our parents. I’ve done it myself, and I’ve seen many others do it, too. It’s unfair and unnatural, but often, those who have the capacity to carry, do so. One of these friends recently reached out to me about her tense relationship with her mother, and acknowledged that there wasn’t even the space to talk about their mother-daughter relationship when so much of their lives had been filled with flared up attacks and defenses of the younger siblings. She was less of a sister and more of a protector and parent. As she stood before her actual parent, she was a fighter, combative and disobedient, standing in the way of anger and words that cut the family open and apart.

This is for all of us who have stood in, or still stand in, the lines of fire.

Within complex and entangled dynamics, loud words that shame and blame cut deeply, can become abusive*, discredit our memories, and can trigger further violence, anxiety, depression, and toxic cycles. No one comes away from these experiences unscathed. But to become stronger from them, we must recognize them not as enemies, but alarms that call our attention to what longs to be held and loved.

For those of us receiving the cuts, it’s easy to stab back, and it’s natural to be at a loss for what to do. Emotions simply don’t obey the same rules as logic or reason. But love is not made with sharp blades. What cuts us comes from a place of pain, not love.

We can tend to these wounds by responding in these ways:

1. Do not take their words at face value.

The loudest words are often not the truth, but only the skin of things. What’s closest to the heart is often covered up more, and contrary to social media hashtags, no one actually likes to be “raw,” because being raw is often hard, messy, and ugly.

We’ve all spewed out ugly language we didn’t really mean to say, so let’s relabel these words as cries for help instead. The truth is often suppressed, so let’s challenge ourselves to hear and listen to what’s really happening—because so often, words fail to express how we are truly feeling, as most of us are ill-equipped to locate or describe our emotions. There are hundreds of emotional triggers for tears. Do we really know why someone is crying?

2. Know that they are suffering.

When we are fulfilled, we don’t carry ammunition on our tongues. It is easier to vocalize anger than it is to express suffering, but these are two branches that grow from the same root. We don’t know our loved one’s world the way they know their world. We haven’t had their life, so we cannot use the rubrics of our lives and standards to judge theirs. We don’t know their backstory, the stories that bring them shame or embarrassment, the triggers, the secrets, or the lies.

What we don’t know and what we cannot see all have a hand in this anger. We don’t often see it because these elements are not shown. We don’t hear it because they are not said. So we don’t know the real, vulnerable stories because so many of us are not conditioned to value our feelings. We are taught to hold back our tears, when crying is the first natural thing we all did the moment we were born into this world. Until we stop and recognize these pathways of pain, we will so easily become a part of this painful cycle that builds up inter-relational and inter-generational trauma.

3. Think of their intentions.

I was trying to comfort a dear friend recently, who was on the verge of tears, saying that she was really hurt by a series of statements and actions by her partner. I responded with, “He didn’t mean to hurt you”—a genuine feeling I’ve often expressed to alleviate the immediate impact of pain, but she didn’t take to what I said at all. “Of course he didn’t mean it. I don’t know of anybody who means to be hurtful, but it still is hurtful.”

I’ve hurt many people by not intending to hurt anyone. I’ve also been on the receiving end of much anger and pain. I will say that thinking of their intentions, extending grace and the benefit of doubt, in no way diminishes or excuses their poor behavior, but it is so often the case that their love might be expressed in gestures we don’t understand. And there’s nothing more sad than seeing kind and loving people break apart over misunderstandings and not extending grace where grace deserves to be. Because oftentimes, their intentions, however poorly executed, and however badly they land with us, are rooted in love.

Instead of asking why someone is acting the way they are, a better question to ask is, “What happened to make them behave this way?”

Take a step back. Take several steps back. Until you can go in with a full hug.

5. Respond from a place of emotional maturity.

When we become punitive in our reactions, we descend into unhealthy territory, and this descent twists our own character into ugly states and bad form. In states of depravity, good judgement is almost impossible. Instead of shouting back, or pushing back with more pain, we must choose to respond differently.

In times of pain and crisis, we don’t learn new things: we revert back to what we know. And sometimes, what we know to be love, or expressions of love, just aren’t, and how we show up might not be what’s needed. So there must be a conscious re-wiring of how we process hurtful language from those we love, and how we can respond in a way that changes this trajectory of pain. These are just starting points.

Love means locating grace in moments of darkness, and filling with light all the parts of us that have been broken open. That’s how we light up ourselves, each other, and the world.

*If you are in any kind of abusive relationship—emotional, physical, or sexual—please reach out for help using every available resource and know that you are not alone.

How to Respond, Instead of React: 4 Communication Tips Essential to Your Relationship. How to Stop an Argument Dead in its Tracks. “But He Never Laid a Hand on Me…”—Understanding Emotional Abuse.
See relevant Elephant Video