Allyship to Action—An All-In-One Resource Guide on How to be an Ally to the Black Community. 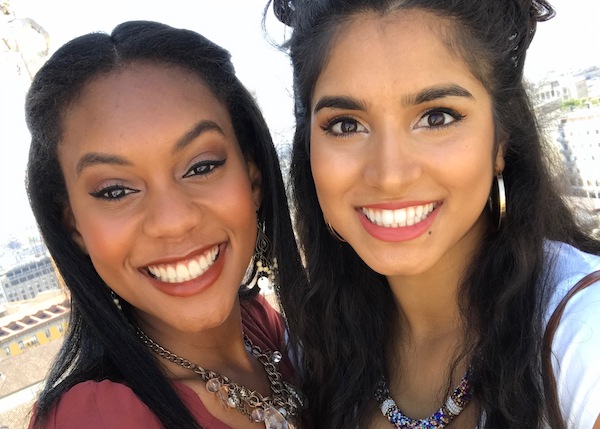 In the fall of 2015, Autumn and I met as randomly assigned freshman roommates at the University of Southern California.

Despite being complete strangers, we instantly bonded. We talked about our vision, our goals, and how we would shape the future. In fact, talking is one of the things we do best.

Our conversations range anywhere from an exciting new TV show that we are watching, or what we’re wearing on our next outing, to the current status of our environment, the future of our world, or the sociopolitical state of our nation. Conversations. Never-ending updates of where we are in life, and how we are continuing to forge ahead.

Justice in June all started with a conversation. One that has been happening for the last five, almost six, years since we first met. Our friendship is rooted in a mutual desire to actively listen to others and consistently exercise empathy. We strive to continually reevaluate our own opinions, and to lead with love.

As a half Jamaican Black woman, born and raised in America, my experience is uniquely informed by the cultures of both my parents. Similarly, Autumn is half white and half Indian. This creates a unique outlook as fellow women of colour with complex identities.

I grew up most of my life in suburban Orange County, in a town that was predominantly white, middle-to-upper class. Autumn grew up on a cattle ranch in small-town Missouri, as one of the only families of colour. While we couldn’t have had more different upbringings, we could often see eye to eye.

When the deplorable murder of George Floyd took place, there was a myriad of emotions. Emptiness, disappointment, distress, anger, discouragement, and the reawakening of a deep sorrow that raises its head every time another Black person dies unnecessarily.

So many had already been taken; in the few weeks leading up to George Floyd’s murder, we witnessed the death of Ahmaud Arbery, the wrongful killing of Breonna Taylor, and the blatant discrimination of Christian Cooper. For two and a half hours on a Saturday night, I poured out my feelings of despair, loss, and hopelessness at seeing yet another incident of racial injustice—again resulting from systemic oppression. And Autumn just listened, trying to help bear my burden and alleviate my pain.

Deeply empathetic to my emotions, Autumn was spurred into action. She realized that it was no longer enough to be “not racist.” Instead, she needed to be actively “anti-racist.”

As a Type A person, she was driven to create change by compiling resources and providing actionable ways to establish habits and change behaviour. That is how Justice in June was born.

Justice in June is designed to be a starting place for those willing to do the work, and take the steps toward becoming an active ally.

While the outpouring of resources across social media was amazing, we realized how overwhelming it could be to navigate where to start. We also really wanted this activity of conversation to result in action—beyond simply posting or sharing content. Justice in June meets people where they are at. It helps break down the barrier between good intent and lack of education or clear action points. It’s time for people to put in an individual effort to learn and unlearn at a deeper level.

To truly understand the need for system-level change, it takes education. It takes being informed about the structures that are in place to prevent the progress of people of color, while catering to the white community. It has never been the responsibility of the Black community to fight for our justice and our rights alone.

We need our allies to use their voice, to stand up for us, to stand up with us, and to amplify the conversation, so that we can take this moment to a movement.

You can find Justice in June, here. This month we are also bringing you Justice in July, which can be found here. Entirely new content that will be released every week, focusing on four themes. Dive in! 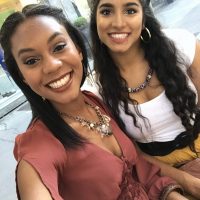 Creators of the viral anti-racist allyship resource—Justice in June. They are two queens on a mission to spread truth, love, and awareness, and cultivate a community that en… Read full bio

I am Black. This is what I Need (& what I Don’t) from White Allies. If you Know you aren’t Racist, watch this Blue-Eyed, Brown-Eyed Test. 35 Thoughts on the BLM Movement from a Person of Color.
See relevant Elephant Video