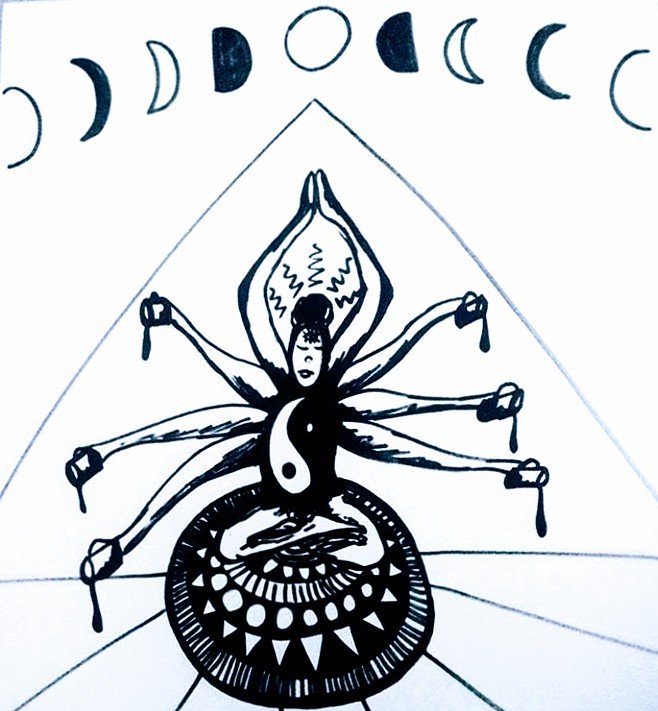 “Our moons are a time of cleansing and renewal. Recognizing this cycle helps keep us healthy in body and mind and reminds the community of our significance as women.” ~ Patty Smith of the Leech Lake Band of Minnesota Ojibwe, also known as Bagwaji-kwe (woman of the wilderness).

I find it interesting that, once upon a time, it was normal to respect the space that women need during their moon time—an often difficult phase of the moon (menstrual) cycle.

I am currently in that phase, and after writing about the dark cloud that is PMDD (a severe version of PMS), I connected to a thought. A thought that I was not familiar with when it came to this monthly occurrence.

“I just have to accept that self-care looks different for me during this time.”

This thought stood out so profoundly to me because I usually find myself in tears and turmoil over not keeping up with my “usual” activities during menstruation. I am used to shaming myself heavily and fighting to gain control over my body’s natural occurrence. I’ve been suffering over not being able to fully honour the self-care that I feel I so desperately need during these times of the month.

Not just because I am a woman, but also because I’m a mom. And “moms aren’t allowed to stop.”

As women, we are expected to keep up with household cleanliness and order, work full shifts, make and serve meals, change diapers, make sure the children are clean, listen to and soothe their emotions, endure the pressure to solve everyone else’s problems, enforce the rules, discipline, play doctor, make all the plans, pay the bills…the list goes on.

Oh! Did I forget to mention that you’re also supposed to fit your own self-care in there, too? Even though, none of this stops “just because” your period arrived?

Modern society doesn’t care about what women are going through; modern society only cares about keeping everything going.

I read once that a women’s menstrual cycle is a “biological disadvantage, making women emotional, unreasonable, and unreliable workers.”

Yep. That’s right. The effects that a woman’s cycle has on her is considered meaningless at best and an inconvenience to others at worst—no excuse to stop.

Conditioned to set ourselves aside, it’s no wonder why so many women are suffering! Women in our society have less support and respect than we’re led to believe.

What a dramatic difference from the indigenous moon lodge, when women were given the time to rest in their feminine shedding process. This used to be a necessary and sacred practice—one where women were seen as essential to the community and thus were offered respect and honour through giving them time to center during menses.

Our bodies are in tune with frequencies and occurrences that differ from a man’s, and it’s important for all of us to know and remember this.

I’m in tune with the energies of those around me: the moon, my feelings, my body, my cycle. This is something I’ve felt deep inside of me for as long as I can remember, but was not able to understand because modern society doesn’t teach or allow space for the feelings and experiences that women go through during their cycle.

The negative energies that are released during our moon time, especially without relief from regular duties, have a negative impact on both ourselves and those around us. This is why so many of us struggle. We haven’t been taught or allowed to have the space to embrace our cycles.

While men are enduring stresses, responsibilities, and emotions as well, they are not expected to continue to do so with the added influence of a menstrual cycle. I’m sorry, but we are not the same.

Not being able to honour this phase may be the actual cause of period-related “illnesses” such as PMS and PMDD. Not having the space to take a break from our duties while we experience this added amount of shedding and suffering might actually be the reason we are more anxious, angry, and (sometimes) experience suicidal thoughts during our cycle. There is too much going on inside and outside of us, and there is no exception for the emotional and physical intensity we experience during our moon time.

Our bodies have been doing what they’re supposed to be doing since the beginning of our creation. We just haven’t been able to fully connect due to the amount of pressure and shame added to the responsibilities of daily life and the burdens that we are unable to release during our moon time.

Our menstrual cycles change as our intuition increases. Cycle changes are a sign that we are becoming more connected to the Natural Mother, Earth. When we honour our bodies, the pressures and criticisms that come from ourselves and others seem to fall away. This rewards us with a more positive attitude during our cycle and keeps the mind from making us feel worse.

Despite that they sometimes seem to do the opposite, our cycles provide balance through their phases if only we can: recognize and tune in to them, balance both our inner and outer worlds, harmonize our surroundings, and use that natural instinct to create magic.

Let’s honour this natural syncing that we have too long viewed as a curse.

Let’s go back to respecting our natural rhythms, remembering our connection to Mother Earth and Grandmother Moon.

Think about the positive ripples we could create by reclaiming our power and honouring our biological difference, allowing space and respect for natural occurrences. 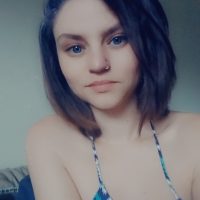 Screw “Self-Care.” This is what we Really Need. What I Wish Men Wouldn’t do when I’m on my Period: A Complete Guide. For the Women who Hold Too Much. Love Her…Period. {Adult}
See relevant Elephant Video