The Raw, Uncomfortable, Audacious Truth about Vulnerability (& What Brené Brown has to say About It).

One morning last year, after having shared some vulnerable thoughts in the flow of the moment, I woke up feeling raw, tender, and exposed.

I’d messaged someone thoughts the night before that I generally reserve for my diary.

Thoughts I usually keep to myself. Thoughts I might contemplate, journal about, allow to linger within my consciousness, but certainly never share with another living, breathing, human soul.

At least not until I’ve carefully, diligently, meticulously processed them first.

Ugh, yes. I’m a processor. (Something I’m working to release.)

He’d responded from a space of greater knowledge and wisdom. He was kind, but clearly knew far more than I did about what I was asking.

It left me feeling so silly.

Silly for being so foolish as to slip up and allow myself to ask—for having allowed myself to actually write those thoughts into messages and then send them to another human being. I should have just kept them inside my head.

I went for a walk later that afternoon carrying a feeling of tenderness. I felt so raw, so open, and so exposed. It actually felt like a physical part of my body was being ripped from me.

I felt vulnerable, and it was uncomfortable.

But it’s not intolerable.

It only feels that way because we’re so used to sheltering ourselves.

When we have the audacity to open ourselves, to share a tender bit of our deeper, truer, purer, unprocessed selves, we feel exposed and raw—because it’s so unfamiliar. We’re so used to protecting ourselves. To protecting the softest, most vulnerable parts of ourselves.

Our words, our tender truth, now lie in the hands of someone else.

And we don’t know how they’ll react.

Which is something that, for some reason, can feel so frightening.

So many of us are so tightly wound. We want to appear as if we have our lives totally together, as if we’ve got it all figured out—or at least, like we’re totally okay with not having it all together. Life is all impermanence and change, and we have to go with the flow. Come what may. I don’t know what’s coming, but I’m okay with the uncertainty.

Are we really, though? Is that really how we feel?

Although vulnerability can leave us feeling tender and raw, and even painfully exposed, there’s also so much vivacity, so much aliveness, so much life, and so much beauty breathing within the expansive space of it.

When we’re open—when we share from our hearts—we feel light and free. We might be scared and it might also feel unnerving, but the deeper parts of ourselves feel relieved and free.

Because those deeper parts of us just want to be seen.

Living openly with an open heart takes courage. Not because it’s difficult or dangerous. But because we’re so used to being closed, walled off, sheltered behind barriers and filters of our own making. Protective structures we’ve encased ourselves in. Because we’re so heavily guarded.

But in this state, we’re numb and our life experience is dulled. We can’t taste the freshness or aliveness of the world around us.

But it’s also a feeling of being alive.

Often, when we accidentally open ourselves up, it can feel so uncomfortable that we quickly think to ourselves, Well that’s it, I’m never doing that again.

Ah, but that’s not what we should do; that’s not the heart and soul-satisfying path forward.

Instead of going with the, “never doing that again,” what if we embrace it?

The tenderness, the fear, the rawness, the uncomfortable, unnerving feeling of uncertainty.

To say, “Yes, this feels scary, but I also feel alive. My heart feels free. This is the feeling of openness. This is what it means to share the truth of my soul. To be honest, pure, and true.”

I don’t know if vulnerability ever feels comfortable, but we can find freedom in the raw feeling of openness. We can find meaning and soul satisfaction in living our truth, in refusing to hide, in choosing to break open rather than shrink back and hide or build higher, more impenetrable walls in front of our eyes.

“Yes, this is uncomfortable, and yes, I feel open and raw and tender. And I’m scared, because I can’t control what happens next. And I don’t know what to do. And I no longer feel protected and safely secure in my sheltered cocoon.”

I’m allowing my heart to speak.

I’m allowing myself to be seen.

And I feel alive.

The biggest myth about vulnerability:

Why vulnerability is your greatest strength: 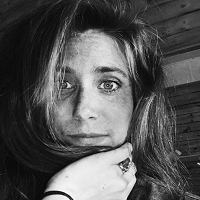 Brené Brown on Confronting our Shame. The Power of Vulnerability: Brené Brown’s TED Talk May be the Breakthrough You’ve Been Looking For. How to Turn Fear into a Superpower.
See relevant Elephant Video