9 Kick-Ass Women who Inspire us to be Fearless & Stronger. 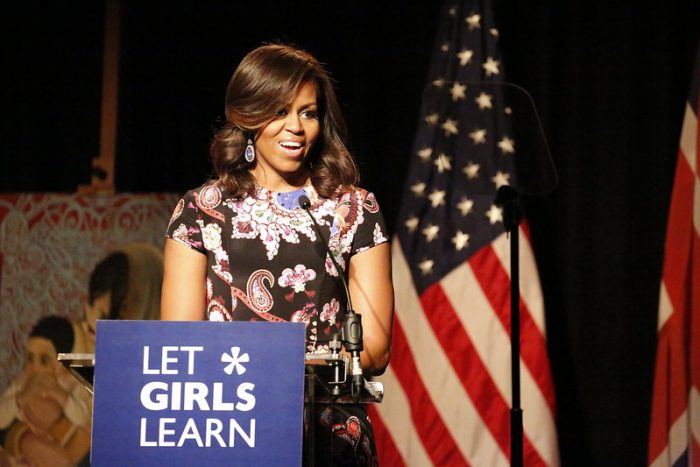 Every little girl looks up to a female adult, whether she’s her mother, teacher, sibling, a superhero, a fictional character, or a celebrity.

Nevertheless, we never really grow, and the little girl inside each one of us keeps looking for role models to empower and inspire her, day in and day out.

Many strong women continue to inspire me—be it in my circle, historical figures, or modern icons.

This list includes the latter, as I want to pay tribute to and celebrate these incredible superwomen who motivate me to keep going and always give nothing but my best.

“And so rock bottom became the solid foundation on which I rebuilt my life.”

The author behind Harry Potter—the best seller book series in history—has always inspired me to persevere even when I hit rock bottom.

Suffering from depression, struggling financially, and going through a bad divorce did not stop her from writing. The mere fact that Harry Potter was rejected 12 times gave me hope and kept me dreaming, writing, and living.

“When someone is cruel or acts like a bully, you don’t stoop to their level. No, our motto is, when they go low, we go high.”

My all-time favorite First Lady has taught me how to handle bullies and haters without losing who I am.

As a Middle Eastern woman, her memoir Becoming gave me hope and taught me that no matter how modest our background was, no matter how real the struggle was, and no matter how low our haters could pull us down, we can always find a way to fly high and pull our people with us.

“There is no greater agony than bearing an untold story inside you.”

I always struggled with leaving my tough childhood behind. I thought my life will never amount to anything because I had a rough start.

When I read Maya Angelou’s memoir I Know Why the Caged Bird Sings, a part of my broken heart was healed forever. Not only did she survive the past, but she used it as a stepping-stone to become the greatest poet, activist, and woman that she was.

“Passion is the log that keeps the fire of purpose blazing.”

Growing up, I was a big girl with a “huge” personality and a smart-mouth that pissed off so many people. So they figured out if they body-shame me, it would shut me up forever—and it did until I started watching Oprah.

As a teenager, I was so inspired by this magnificent woman to whom I owe my voice and passion. Just like Oprah, my weight keeps fluctuating, but my passion never ceases to burn. And just like her, I might never become a biological mother, but I will serve the world the same way a mother would.

“When I met survivors of war and famine and rape, I learned what life is like for most people in this world and how fortunate I was, I realized how sheltered I have been. And I was determined never to be that way again.”

Like Jolie, I was a rebel for years, and I made many mistakes during that time. Fortunately, some people become wiser with age.

Angelina Jolie is more than just a pretty face, and what she did for the refugees as part of her job as a United Nations ambassador inspired me so much that I ended up volunteering as a teacher. Meeting survivors of war touches one’s heart and soul in a way that nothing else does.

“I have understood that the most important things are tenderness and kindness. I can’t do without them.”

If you ask anyone who knows me to tell you one thing about me, it will definitely be “she is an animal lover.”

A lot of people even mock my passion for animal welfare. My fellow Libran inspires me to keep on being compassionate toward all God’s creatures and to be the voice of the voiceless.

“The worst thing that we can do as women is not stand up for each other, and this is something we can practice every day.”

As a Lebanese woman myself, I have always struggled with having a role model in my country until Amal Alamuddin became well-known.

She is educated, successful, independent, strong, and humane. As a human rights lawyer, she uses her fame to shed light on many cases.

“Whether I’m in China, India, Africa, the United States, or Europe, you walk into a room and you meet someone and you think you’re going to be so different. But once you go beyond the mannerisms, the language, the cultural idiosyncrasies, you realize that you’re basically the same.”

When I visited Jordan, I noticed that there were many stray dogs in an environment that I wouldn’t exactly call animal friendly. I tried to feed as many as I could, but I ended up frustrated and sobbing in the car.

The driver told me that Queen Rania is trying to create a more informed community when it comes to animal welfare. I’ve always admired Queen Rania especially for gapping the bridge between the East and the West, but that day I had one more thing to admire her for.

“We tend to put the environment last because we think the first thing we have to do is eliminate poverty. But you can’t reduce poverty in a vacuum. You are doing it in an environment.”

I have always been an environmentalist even way before awareness campaigns on TV and the Internet existed. When I was barely 10, I used to tell people off for littering, including my parents. I made presentations on cardboards at school to promote the importance of trees.

When I read about Wangari, I knew that they can make fun of me all they want; I will keep fighting for mother Earth until my last breath. Oh, and global warming is real.

The list goes on, and I would need to write books if I wanted to mention every woman who has ever inspired me with her kindness, courage, and strength.

For the Women who Hold Too Much. 10 Kick-Ass Qualities of “Wonderful Women” We Want to Be Around. This is For the Women Who Don’t Give a F*ck. {Adult} My feminism. For International Women’s Day, an article about my experience and understanding of feminism, dating and how to dismantle inequality.
See relevant Elephant Video