How Do we Find the Strength to Move Forward after the Death of a Loved One? 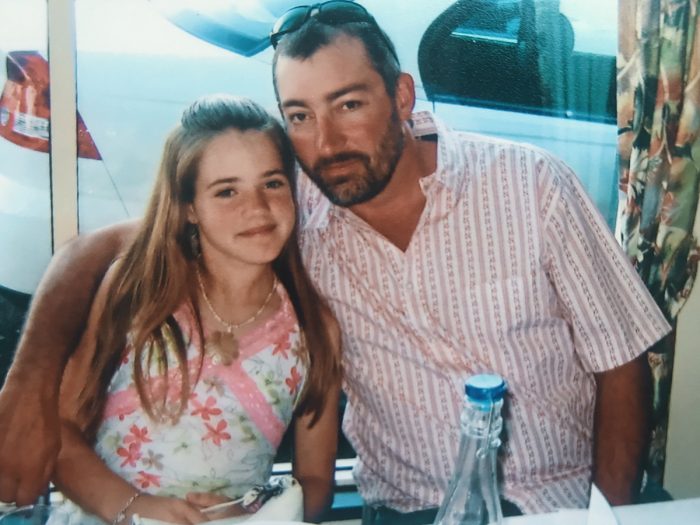 The earthly sounds fulfilled my body. Maybe I know, maybe I was supposed to know.

I had no idea of the power of the universe until that day. I was 14 and had so many questions that needed to be answered, but not enough time to ask them.

It was a day ruled by routine.

Maybe I should have known by the overwhelming sense of energy in the air, but who questions fortune?

There was something indescribable about the feeling that surrounded me. The world seemed to scream with happiness as if it were dishing out lessons of gratitude. I felt an almighty pull to stay with the here and now, and yet was plunged into the world of my giggling friends and unconsciously refrained from attempts of escape.

My Nan has never looked as frail as she did at that moment. I was struck by the quivering of her lips and the tear stains down her made-up face. The world seemed to be in silence. The words spilled out of her mouth like an overflowing river bank. The agonising intensity of her words stripped me bare.

My hands were the first to go; they failed under the weight of my belongings, seconding a sparkling liquid over the aligned pavers. My legs were next—it was as if the enormous amount of air between my person and space switched lanes and pushed with its entire cumbersome might, forcing me into a heap.

I was no longer in control of my limbs—my legs straightened and my feet moved; my mind refused to follow. My mind was blank, and yet it screeched like a speeding car on bitumen. The cold gripped my insides with a terrible urgency.

I think I left something of myself behind that day.

Walking into my home, I knew it was real. The air was stagnant. My mother’s eyes took a mere second to read my need for comfort and body warmth. Her arms were all I knew for the hollow hours that followed. I watched as each family member learned of the news and slowly melted with realisation of the truth of it all.

The days before the funeral are just a passing blur, they all merge into one.

The last time I saw my dad, I felt like I was stuffed with ice, head to toe. My body warmth failed me.

My brother went in first; something wrapped itself around his psyche, his body’s form of self-protection. I went in after him; my hands shook with an emotion I had never experienced before.

A waxy representation of my father lay bone-shaking still. Each crease of his skin seemed magnified and yet simultaneously hollow. He wasn’t there. I saw an empty, lifeless body before me—the touch of skin to skin with mine.

I’ve never known coldness to ache like it did that day. I shook for what seemed like days after—the memory etched into my being. Anything cold that made contact with my skin sent me into a tortuous state, making my memory revert to that moment.

The moment when I held my father’s hand for the last time. The echo of him surrounded me, creating goose bumps wherever possible. It all seemed so real.

There wasn’t a time when our house was empty and yet—we still felt alone. As each footstep entered, the garden between our walls grew; each bunch another reminder of the inevitable.

The sight of a house lined with bunches of flowers and delicate cards makes my heart race.

No amount of human presence could allay my hungry loneliness. I felt alienated as people tiptoed around me. My body ached for the world to return to what it was.

The nights were the worst; the darkness seemed to wallow in reality. For weeks to come, I woke with a jolt, but not from a bad dream. It was as though my heart had a prescience of pain and responded with a sudden hurtful wakening.

The mornings were no different.

How do we proceed? Blindly.

There are no words to successfully explain his presence or his absence. Without my memories being clouded by the passing of time, he knew the ins and outs of life. He left my head wanting more—one more conversation, one more wise collaboration of words.

The funeral was a shadow of his life. We were the moths around his candle. I felt like I was watching a movie play before me—numb. On the day of the funeral, I saw him in the courage of those around me.

After the funeral, we all seemed to have fallen into a trance. The life of another can be, and will be, another’s whole world.

It’s strange, isn’t it? We are bones and flesh walking about the earth, and then we are nothing—dust, small snippets of light over the surface, a shallow form.

I wonder sometimes what he consists of now, now that he is not one of us. His form differs from my own yet he is still one of my fellow creatures. He’s intrinsic to the earth.

Was this the way of the world titivating him? Is he now the rustle I hear in the tress leaves, the bitter bold wind that tears my body warmth apart, the mind-throbbing daily echo which vibrates my being?

The answer is—there are no answers. No right or wrong.

You learn the strength of your being when faced with a situation where the only way is forward. There is no option but to carry on; there is no option to not be changed by what has happened.

Time is the manipulator of life, yet it doesn’t change a thing. 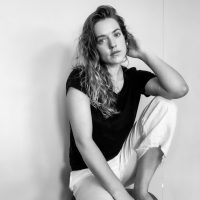 Loralee Jade has been creating since she was old enough to hold a pencil. She drew, painted, and wrote her way through life. Documenting the ups and downs is her way of unders… Read full bio

This is the Best Response I’ve ever Heard about How to Process Grief. 3 Reasons Why We Need to Stop Saying, “I’m Sorry For Your Loss.” How to Survive Grief after Losing a Parent. How Seven Monks Taught me the Beauty of Impermanence. This is Grief. {Poem}
See relevant Elephant Video