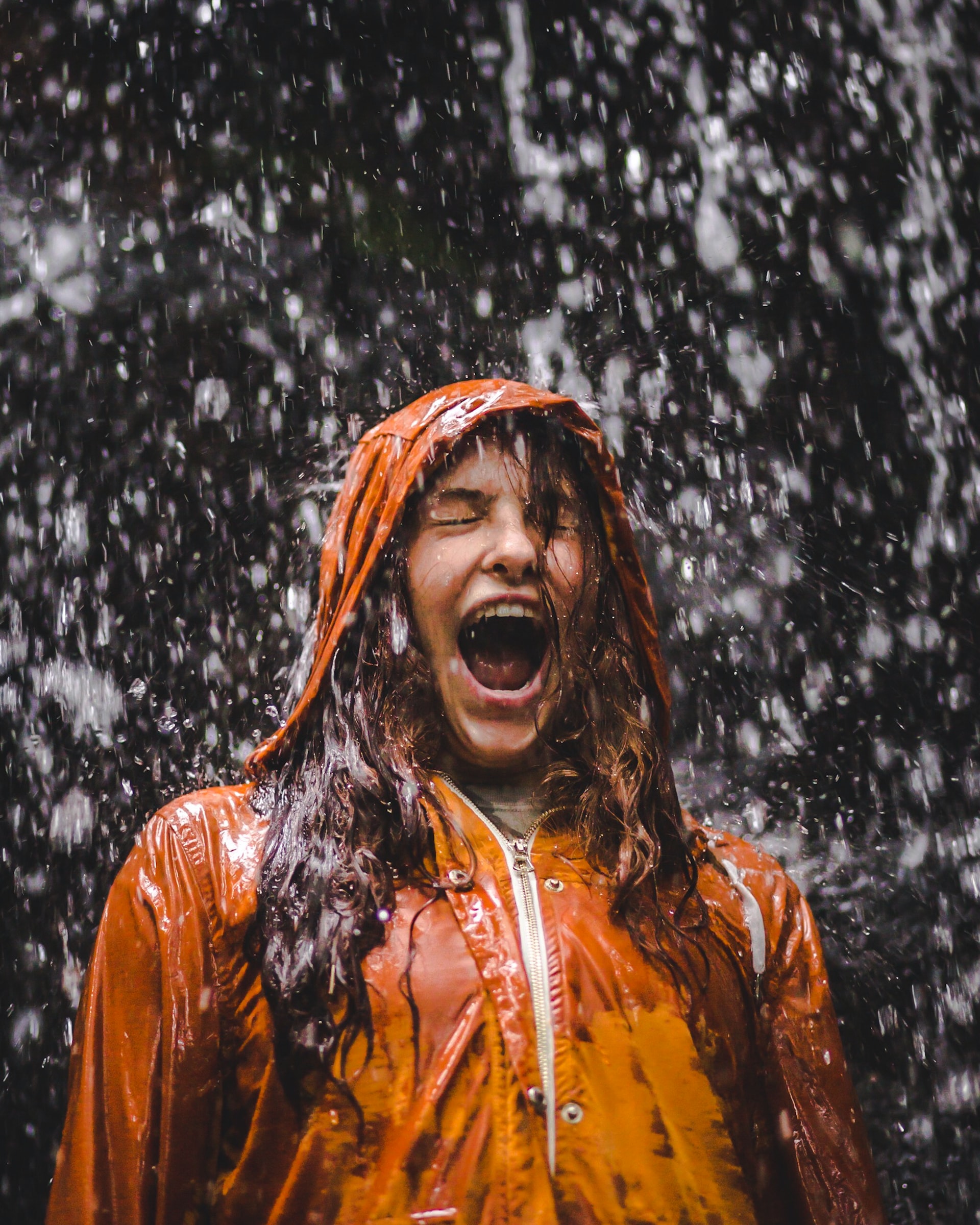 We’ve all been there, that moment you know you should have said something.

You know now what you should have said, it just didn’t come out in time.

And now you are boiling inside; it’s not the first time that this has happened to you.

It leaves you feeling powerless.

You know the interlocutor question or comment directed at you was inappropriate or passive-aggressive or aggressive. You felt it.

You know you don’t want to be treated this way.

You know, deep inside, that you have the power to find a proper response.

But this power didn’t transform into words and sound quick enough.

And it’s so frustrating.

Don’t beat yourself up; there is a way out.

Let’s unpack the 4-step process that might help unfreeze your voice:

1. Realize that staying silent has served you before.

If you were raised to not disturb or take up space, or if each time you voiced your needs they were never taken into account, then you developed adaptive mechanisms to respond to the adult’s expectations asked of you.

You’ve been taming your self-expression, and it’s been dormant for a long time.

Most importantly, recognize that this repression gave you a sense of safety. “I belong to the group as long as I don’t say too much or ruffle feathers,” can be one of the messages your nervous system integrated for survival.

Now each time you feel the need to speak up, you experience a sense of danger—that’s why you experience this moment of freeze. It feels like being paralyzed and having no voice at all. It’s actually your nervous system protecting you because it doesn’t know your circumstances have changed, and somehow it is saying, “Don’t speak, because if you do, you won’t belong anymore. You will be rejected.”

It’s time to teach your nervous system that it is safe to speak.

2. Take care of the emotional rush.

When you tamed your self-expression, you experienced a bunch of emotions you might have repressed as well.

Sadness, frustration, anger, and rage; these challenging emotions will resurface each time someone puts you on the spot.

Because your nervous system will police you not to speak, these repressed emotions will reactivate on top of the sensations arising from a comment that was inappropriate or aggressive. That’s why it’s overwhelming; there is a double dose of triggers: feeling aggressed in the here and now, plus the reactivation of emotions you’ve experienced when your self-expression was suppressed before.

During sessions with my clients, often the first thing we do is dive into the nervous system to uncover the emotions that still feel raw and alchemize them. We bring them into awareness and use their energy in a completely different manner; we process them.

Then, we can speak from a more neutral place without a rush of emotions resurfacing and causing an overreaction or freeze.

3. Build a sense of legitimacy.

Now that the field is clear on an emotional level, let’s take the next step.

Your mind hasn’t yet built the neural connections of a new self-expressed you; this network will slowly build with the repetition of new habits.

Since you’ve never really spoken out before—and despite the fact you got rid of the emotional charge—your mind doesn’t like changes. It will always go for what has helped you to survive.

The mind is tricky because we have a tendency to believe whatever it says. It can totally send messages standing between you and your desires.

A common one for women is:

“Who do you think you are you to speak up?”

There are many statistics you can find online about women being less heard than men, especially in corporate environments—we are trying to get rid of millenniums of conditioning there.

The antidote is to build a sense of legitimacy; if you speak without feeling legitimate, then what you say will have no impact.

The secret is to know your whys and own them—to the point they feel imprinted in your bones.

Why do you want to take the space?

Why do you need to be able to express yourself?

Why does your voice matter?

It’s been a ride, but here you are.

Now it’s important to say something and hear your own voice saying it. It might be goofy, too loud, too low, or a bit late in timing—it doesn’t matter.

Your first little victory will be to get out of the freeze and celebrate it. The celebration part is your way of communicating to your nervous system, “See? I did it, and I survived!”

You want to create a new neural network; it’s like building a new program that will become easier and easier to use. And you will upgrade the program each time you speak up.

The undoing is always the hardest. The rest is practice.

To wrap up your journey toward self-expression, you’ll want to:

>>Be aware of your freeze response and the mechanism behind it.

>>Process emotions that were repressed when you shut down.

>>Feel legitimate about you taking the space to express yourself.