Maybe instead of Prepping for Doomsday, We Should Prep for This. 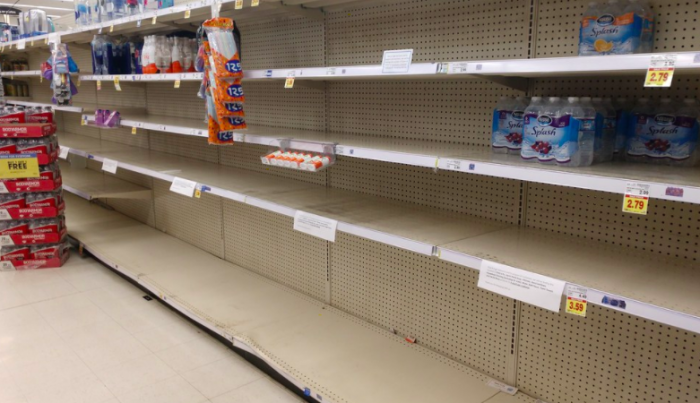 And that’s what people do, or I should say used to do, right?

“I’m hungry, I need some food for the house, I’ll go to one of those nice stores and pick up what I need.”

Except, instead, when I got inside the store, I was greeted with rows of empty shelves, people wearing scary masks and walking hunched over and downcast.

What in the mother hell was going on?

I got back home with just a few items in my hands and explained my experience to my husband—who did not seem shocked at all by this turn of events.

“Honey, I think we need to sit down and have a talk about this,” he said gently.

And he never speaks gently so I knew something was seriously going on.

“Hmm…how can I break this to you? Let’s see, so, you should know that a huge part of the population has been preparing for the end of the world for some time. And part of preparing or prepping as it’s known is to hoard as much food and supplies as possible.”

I sat there, dumbstruck.

Prepping? People have been prepping their whole lives for the end of the world and I didn’t even know about it?!

I should have gotten that extra case of beans I thought to myself, shaking my head.

Since my sweet husband broke this news to me, I’ve been overwhelmed by the amount of prepping I’ve uncovered.

There are whole television shows about prepping. Whole communities and chat groups and forums and books—all about prepping for the end of the world.

Like a total dummy, I literally had no clue.

So I started to really think about this: all of these people preparing for Armageddon, all of this energy focused on something terrible happening that will take out our world.

But…don’t we have this all wrong?

Something more like the best love story never told until now?

(BTW, I’m pretty sure there’s no way I would have incarnated unless it was for an actual love story—so, there’s that.)

Wouldn’t that be a better use of our time and energy than gathering up all our old fear and wounds and unresolved childhood trauma and low self-esteem and projectile vomiting it all over each other?

Actually, I’m going to go out on a limb and say I know so.

Basic universal laws like, what you put out you get back (otherwise known as Newton’s third law of physics) teach us that whatever we are focused on and taking action toward will come hurtling back to us.

And, as sexy as Hollywood has tried to make the Apocalypse, I think we can do better than that, folks.

Could this prepping for doomsday simply be a product of a world that has relatively low self-esteem?

So that’s what I’m doing over here. ‘Cause I’m not eating beans and rice forevermore, just saying.

I’ve decided that I’m going to be the best kind of prepper there is.

I’m not trying to outsmart a wrath-filled God. (Because here’s the thing, if this really is Armageddon, having three years’ worth of food is not going to save you from a God you’ve been pissing off since you were born.)

And I’m not even trying to survive the stupidity of mortal man, which clearly exists in overabundance these days.

Instead, I’m preparing for the following:

You see, we can prepare for the dystopia or the utopia or somewhere in that beautiful middle that the Buddha talks about.

That’s the kind of prepper I am.

You and I can prepare for all the good stuff, while also being wise and knowing that it will take effort, focus, and actions for us to create this New Reality and bring it into form.

So, how about we do that instead? 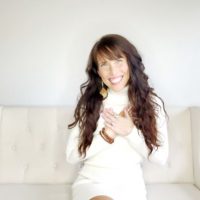 Heather Kristian Strang is a bestselling author and spiritual guide. She has written eight books, including Love Now: Your Daily Dose of Love & Miracles. If you’re r… Read full bio

Coronavirus: We must Be the Change, Create the Change & Live the Change. 5 Ways to Befriend our Emotions & Stop letting them Rule our Lives. 3 Layers of Compassion that can Pull us Through Tough Times.
See relevant Elephant Video