Today’s New Age Trends are Looking a lot Like Fascism. 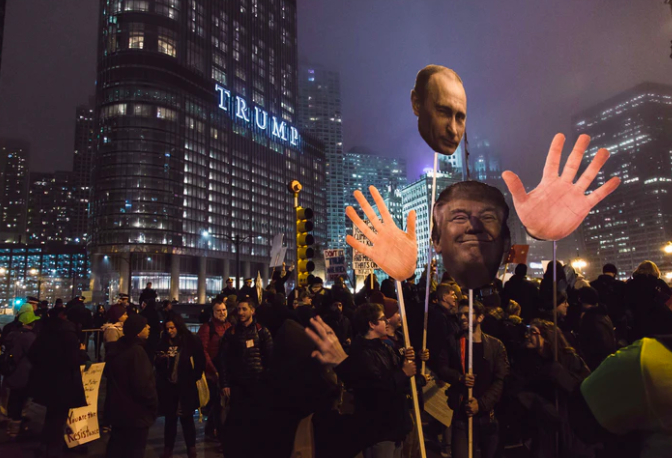 And its death-drive is more alluring than we care to admit.

It should not surprise us that fascism has inspired anti-maskers to sign their own death warrants or that new age conspiracy theorists are increasingly embracing a violent cult. Fascism has seldom been about the future visions it claimed to embrace, but rather escaping into a more compelling fantasy-world.

Fascism thrives in an eternal, mythologized present, where the burden of past constraints cannot encroach on the fantasy of power. Social norms, political conventions, established institutions, and expectations of decency are all thrown off in mass rallies where followers fuse themselves to the will of the leader to feel themselves a part of something greater.

Vladimir Putin, Donald Trump, Jair Bolsonaro, and Benito Mussolini each differ in their own ways, but each attracts uneducated followers, who conform to the will of a big man. They each pride themselves on flouting the rules and threatening extralegal violence. And they each shock elites and worry liberals so as to strengthen their sense of virility. Why else would Trump brag about the size of his penis except that his followers might want to partake in their leader’s greatness? Why else would unapologetic philanderers receive so much unapologetic support in Britain and the Philippines unless they were acting out the fantasies of their followers?

The fascist follower is weak and insecure; he is unprepared for life in an overwhelming world, and so he seeks security in the greater will of the leader. How do we know this? Because everywhere we find him sacrificing his ideas to conform with those of the leader. He is a lifetime free trader who suddenly turns protectionist; a religious traditionalist who is all of a sudden unbothered by marital infidelity. And like the wild dog at the head of the pack, the ringleader permits them to be savage. They live through his experiences as if they were their own. And by magically swallowing the big man’s mojo, through a curious sort of sympathetic magic, the fascist follower imagines himself growing his own.

But for the transference to succeed, the leader must make himself appear larger than life. Why else would he lie so often and so outrageously? He is the richest, the smartest, the most potent. Shameless bragging makes him seem the biggest truth-teller as well. Who else would show the coming emperor in all his naked glory? Fascist braggadocio is part of a magical rite in which small followers feed on the bigness of their fascist father. The stronger his image, the more they might give themselves over to his will; the same process can be found everywhere fascists reign. Everywhere, fascism presents a regression to preconventional barbarism, where loyalty to the leader comes to be viewed as the highest moral aspiration.

Hence, the fascist inflates his ego to gargantuan proportions. No matter that his hands are small and he is unfit for office, his supporters are entranced, and sustaining the trance requires that the past be obliterated so the future might be laid bare. The real magic of fascism lies in the present moment, where the self can dissolve in the long march into a fantasized future, for in it the anxieties of a weak and insecure existence can finally be relieved.

There is a nihilism to the movement supporting Trump, a gleeful offensiveness, and revelry in destruction. It often seems as if his followers are not really concerned with the outcomes of their actions, do not even care whether he is telling the truth. There is something uniquely human in this compulsion to self-destruct. Lemmings do not actually gather together in mass rallies to jump off cliffs, like Thelma and Louise, in a nihilistic blaze of glory, but sometimes people do.

Freud called it Thanatos—the death drive. As social anxieties build, many long to be part of the frenzied herd, where they might forget their cares and throw off reason. Self-destruction can energize the hopeless; destroying the works of others can make a person feel powerful. And this death-wish is a sentiment that can be sensed equally in the movement to elect Trump, the glorification of Putin’s machismo, and in the English yearning to abandon the world.

Trump is the reality show host to a mass neurosis that is taking America and the world over the edge.

It is hard to think, hard to carry the burden of projects from the past into future fulfillment, and immersion in the present eases the strain. But the present moment is a space of possibilities, and in times of great change, it is a place of refuge. And yet, we are not simply taking refuge in the present; everything seems to be pressing us into a claustrophobic moment. Information overload condenses reality into an eternal present, for when the whole historical record is written, every year takes on a special meaning, every place its own significance, and it all dissolves in imponderable specificity.

A space of possibility has been opened in the public sphere, a magical space in which truth and reason have been thrown off. It is a space open to other ways of knowing, yet it is also a space in which the mob has been set free.

There is a shadow to the eternal present, and like most shadows, it is the last thing we want to see.

Theo Horesh, author of The Fascism This Time: and the Global Future of Democracy

Fascism Demands Cultish Devotion. This is how Fascism Comes to America. Why Genocide is Exploding in the Age of Trump.
See relevant Elephant Video