Important (& Scary) Facts about the Water your Child Drinks at School. 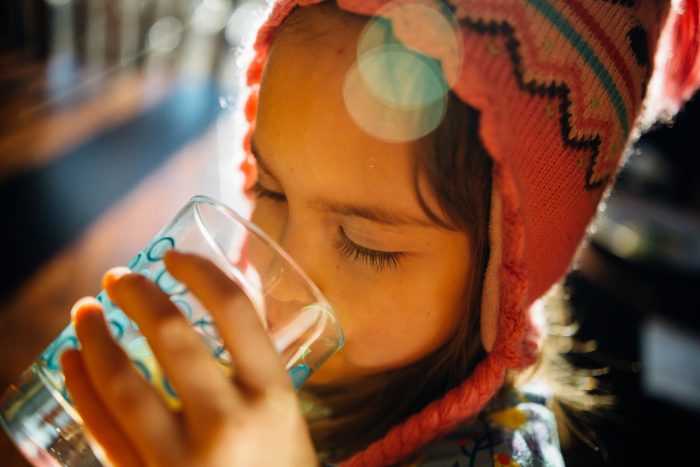 Do the schools in your area test their drinking water for lead?

If they’re among the 98,000 public schools that aren’t regulated under the Safe Drinking Water Act, then probably not.

If your local schools do test for lead, what has your community determined to be an “acceptable” amount to have in the school drinking fountains? Scores of studies have proven that no amount of lead is safe.

Yet across the country, states have determined acceptable levels of lead that are driven not by health, data, and science standards, but—as some would argue—a lack of resources.

Let’s consider the facts: most schools are not required to test their water for lead, and only 12 states collect sufficient data on lead content in their school’s drinking water. Within those states, up to 44 percent of schools tested at or above the state’s minimum action level for lead in their drinking water. And the more taps a school tested, the more likely it was to find elevated lead concentrations.

School districts are responsible for testing, and they tend to suffer from a lack of resources. For many schools, especially those in older buildings, fixing the problem would require completely replacing all faucets, fountains, pipes, and fittings to eliminate potential sources of lead—and it’s unclear where the funds come from to pay for repairs.

It’s the same problem faced by most schools that aren’t under the Environmental Protection Agency’s umbrella; they know the lead is there, but they’re simply too cash-strapped to fix it.

We Have to Solve the Problem at its Source.

Acknowledging that lead in schools is a problem and encouraging schools to test for lead—as the EPA recently did—are great starts. If we are to see any broad-based change, government bodies will need to increase funding allocations, forge new partnerships, and offer incentives that engage the private sector.

It will take significant policy changes to make drinking water safe for all of our children, but here’s how it can be done:

1. Make zero the only acceptable level.

Currently, individual states set their own water safety standards, meaning these standards vary widely. Without a clear benchmark, it’s difficult to set a standard that all public schools can follow. Then, too, the “acceptable” lead levels that most tests gauge against can be confusing.

We know that any amount of lead is too much; therefore, states should mandate that no amount of lead should be acceptable in schools’ drinking water.

With a more uniform set of standards that make any amount of lead unacceptable, states and school districts can implement more comprehensive testing measures. By applying public water system testing, for example, we can implement requirements for all drinking outlets and kitchen faucets to be checked annually. Just as important, it will pave the way for remediation when lead is found.

However, even public water system testing standards can use some revitalization. Currently, there are loopholes (such as those in the Lead and Copper Rule) that allow for small percentages of community water samples to contain lead. State and local guidelines need to close such loopholes and apply new, consistent standards to all public water testing, including tests for schools.

If testing requirements increase, it will require already stressed rural water systems to spend more money addressing the issue, which would strain water customers and systems alike. Because of that, dealing with school districts’ biggest concern (finding the resources to fix the problems they uncover) requires identifying avenues for schools to seek assistance.

Certain bodies can help organize and support infrastructure replacement and provide on-the-ground technical assistance for rural water systems. This includes the Circuit Rider Program, which is available in each state and territory.

The National Rural Water Association and Rural Community Assistance Partnership are outstanding organizations that receive funding to train and assist water treatment facilities in rural communities across the United States. More funding could be allocated to expand their scope to include school districts, especially those in rural areas, for technical assistance by Circuit Riders who live and are invested in their communities.

Marginalized communities across the country (urban and rural alike) are among the hardest hit by a lack of policies and funding. They’re also the least likely to have the resources to make repairs and renovations.

While individual initiatives among districts have been promising, many school districts can’t afford to participate unless policies and funding are in place to support them. Certain state initiatives—such as Utah’s Lead-Free Learning Initiative and California’s Drinking Water For Schools Grant Program—offer some ambitious goals to address water inequity. Their expansion (along with the creation of additional state and local programs) could help lead the way.

We know that any amount of lead in school drinking water is unsafe. What we don’t know is how much lead children consume each day at their school’s water fountains. With the recommendations listed above, there’s hope for the future.

This is a cause that unites rural and urban communities—a coalition with the power to drive a comprehensive and cohesive approach to lead levels in all schools and give every school in the nation the support it needs to keep its children safe. 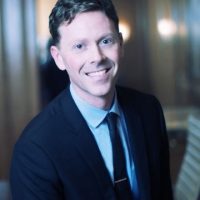 A Letter to my Children: You do not come from a Broken Home. Clean Water to a Thirsty World. ~ Cynthia Koenig The Realization that Made me Care about Our Environment (& it’s Not Global Warming).
See relevant Elephant Video