Oh F*cking Hell: What Riding an Unruly Horse Taught me about Life. 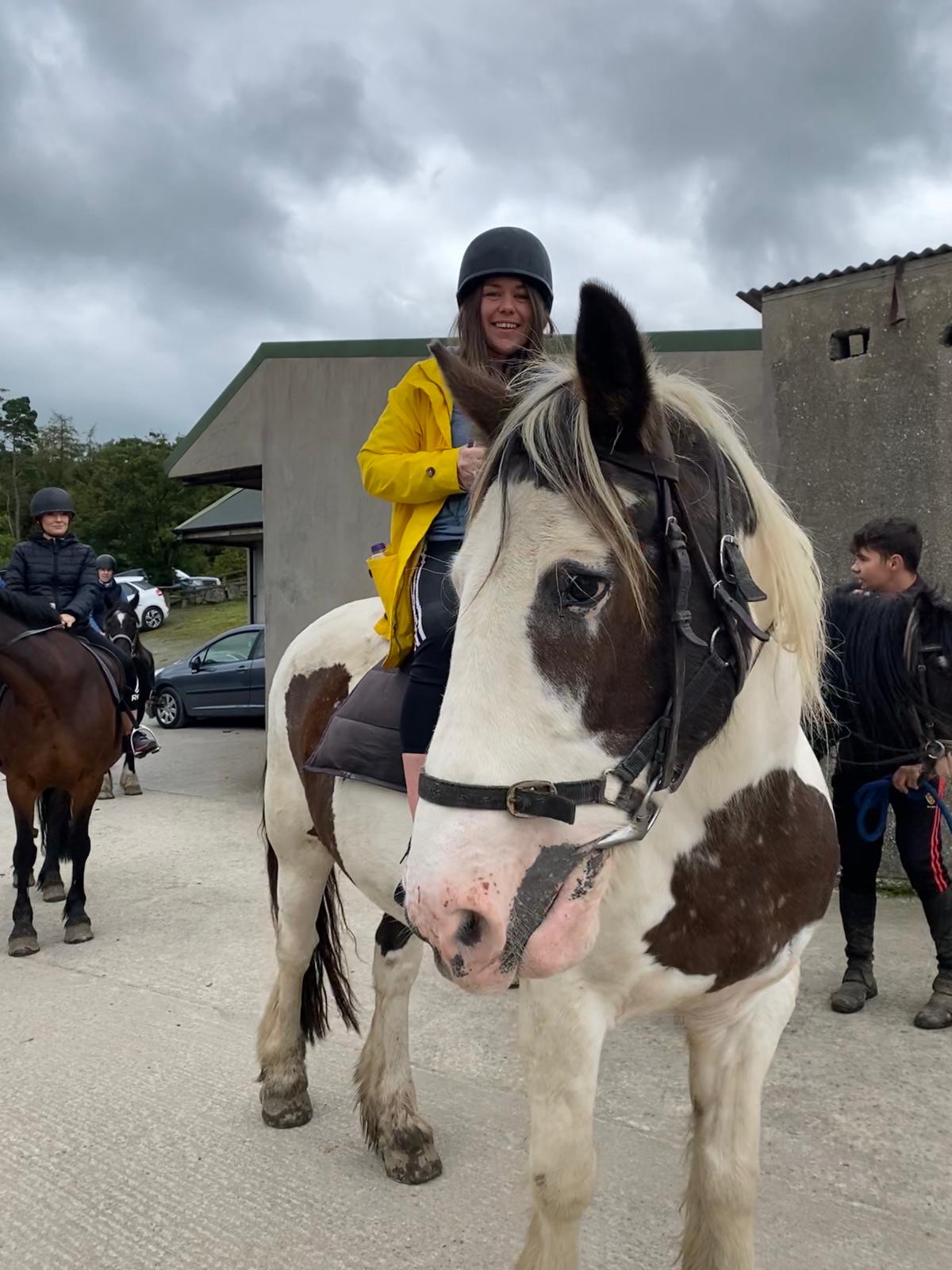 And it might well have been, if I hadn’t been up until 2 a.m. drinking wine in my friend’s kitchen.

I opened one eye to a splitting headache and the other to the rolling Irish hills. Oh fecking hell, I thought. I’m riding a horse today.

I get paralysing anxiety over a lot of things, but anything that I can fall off or out of tops the chart. Motorbikes. Waterslides. Skis. Horses.

My fear wasn’t entirely irrational. At age nine, a horse stood on my foot. Thenceforth, so I thought, I’d signed a pact with the equestrian community that we’d give one another a wide berth.

But when my friend suggested horse riding as part of our Belfast trip, I thought YOLO! Lockdown had encouraged me to lead a life with less limits. Feel the fear and do it anyway.

The courage was short-lived. While sitting atop Max in the riding school, I hyperventilated as I couldn’t get my foot in the stirrup. I was positive this was a terrible omen.

One by one, all 10 novice riders were helped atop their hose. We made idle, nervous chat among ourselves. Then, one of the staff climbed atop the gate to address us.

“Right, listen up for some commands. Adults, you’re leading your own horses,” she barked. “Kids will be guided. You pull those reins tightly toward you if you want to stop. To go left, pull…”

I stopped listening as the certainty of impending death settled upon me. Steering the beast had not been on my agenda. I’d assumed Max and I would be led into the sunset by a kind stable boy.

“…and do not allow your horse to overtake another one because they’ll start kicking one another.”

She jumped off the fence and strode over to me. She slapped Max hard on the bum. “Max will be leading the adult pack.”

And we were off. Scenes of how I’d break my leg or sustain a brain injury obliterated my mind, as we travelled at a breakneck speed of 3 mph. “How do I stop him?” I shouted behind me.

“Pull hard. But don’t stop him unless you need to; you’ll just piss him off.”

I’d imagined taking horseback selfies with my hair streaming in the wind, but this was no more. Priorities had changed. The only objective was to make it through the next 58 minutes with no major incidents.

Despite myself, I started to relax after a while. Max was basically in cruise control, following the ass of the horse in front of him. I got this, I thought. I began mentally applauding myself for letting my body be swayed by Max’s movements. This is me being at one with nature and the universe, I smugly reflected.

One of the kids’ ponies up front stopped to relieve himself and it was here that things took a turn. Max was peckish and veered off the track to tuck into a stingy nettle bush.

“You can’t let the horse eat,” said the boy leading the child in front. “Pull the reins toward you.”

Max reluctantly stopped tearing shreds off the plant. He walked on for a minute or so, but his appetite was piqued. He wanted lunch, not to carry me. He stopped again to eat a tree and all the horses lined up behind us started doing the same.

I was mortified. I was holding everyone up because I couldn’t make the horse move. It didn’t occur to me to actually try to command him.

Instead, I opted for some gentle conversation.

“Come on Max boy,” I cooed. I rubbed his neck soothingly, hoping my kindness would get him moving. The reins sat flaccid in my hands and unsurprisingly, he didn’t respond to my dialogue. “Time to go now. Come on, Maxy. There’s a good boy you are.”

No response. The horse kept eating.

“You need to hold the reins tight, or he’ll keep doing that,” the woman on the horse behind me said.

I pulled hesitantly, terrified he’d rail against my authority and throw me to the floor. Of course, he didn’t. He just started walking again.

The stables were a welcome sight when we came around the next corner. We were herded into the yard and told we’d be helped to dismount. But Max had a second wind and decided to trot away in the opposite direction.

The stable boy offered me a shriveling look. “You need to at least try and stop him. Pull the reins. Hard!”

With that, I realised what had gone wrong in the past hour. I’d completely refused to take control of the horse because I’d been afraid. Afraid that I’d “do it wrong” and something awful would happen. I’d opted to let him be the boss instead, and just hoped for the best.

There was no denying that this was a microcosm of my life. Taking ownership and asserting my will is something I’ve always struggled with. This comes from a lack of faith in myself. In my intuition, my choices, my agency, and my abilities.

When you’re passive in life, it’s inevitable that external factors and people—or a horse—will become the biggest guiding forces in your life.

Playing small like this feels safer, but it’s not. Because if you consistently fail to show up for life, whose life exactly are you leading?

Big love to Max for reminding me I really need to start taking the reins. 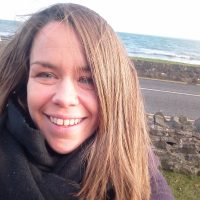 Kirsty Purnell is just trying to figure it all out, really. … Read full bio

Why Introverts Tend to be Sh*t Friends.  The Drunk Introvert: How I used Booze to be a Fake Social Butterfly. 12 Brené Brown Quotes to Kick our Ass into Courage, Self-Worthiness & Vulnerable Imperfection.
See relevant Elephant Video