Why Letting Go is the Key to Manifesting our Dreams. 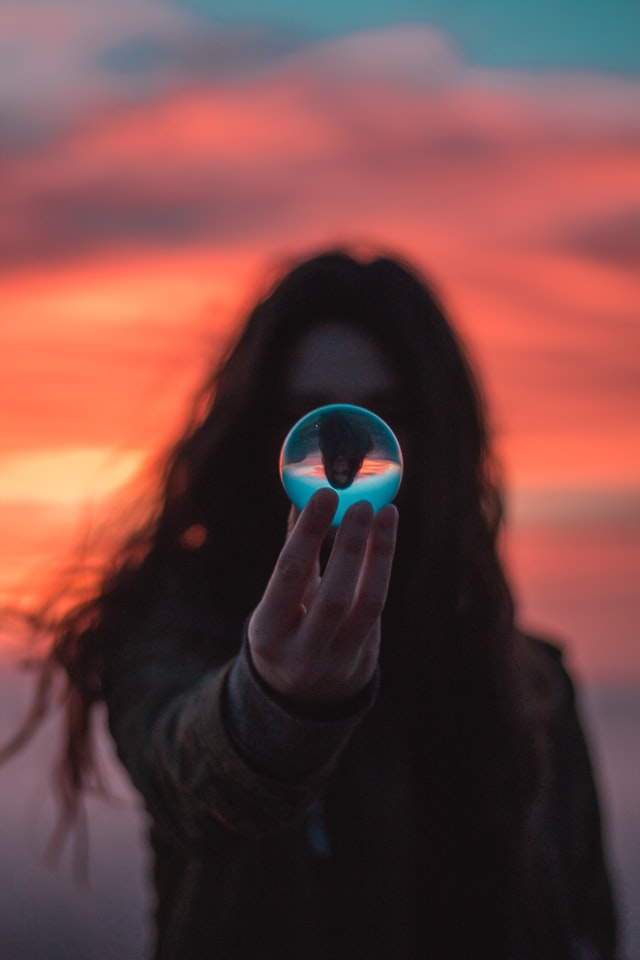 Have you ever wanted something so badly you would do almost anything to attain it?

Did you furiously chase after it only to be met with obstacles and roadblocks at every turn?

Did you attempt to convince yourself that you would be okay without it—knowing in your heart that was a lie?

Have you taken a break, then gone after it with renewed vigor and determination, only to have it continue to elude you?

Did you finally get to the point where you let it go? Where you decided that the Universe knows what’s best for you, believing that if you were meant to have it, you would. Did you put your faith into something bigger than yourself, trusting in the divine and the timing of your life? Is that when you finally received what you were working so hard for?

I imagine it was. That has been my experience as well. No matter how badly I sought after something I wanted, it was just out of reach—until I let it go.

I’m not saying you shouldn’t work hard for your dreams and goals. You need to.

However, you also need to truly believe that what you want will be yours. You have to trust that you’ll receive it—if you’re meant to—and understand there is a reason if it doesn’t happen. Rejection is always a redirection toward something better for you.

Sometimes we don’t get what we want, because we need something else more. I’m going to share some examples of this from my life.

Meeting my husband is one of them. He is my best friend, my soul mate, the rock to my wave.

I always knew he was out there somewhere in the world, I just needed to find him. I started to view every failed relationship as being one step closer to him. I learned a lot, and got real specific about what I wanted in a partner, fine-tuning my criteria over time.

Finally, I met the man who checked all the boxes and exceeded my expectations. I was ready to dive in. Three months in, he had a question that stopped our budding romance in its tracks.

He asked what I wanted his relationship with my daughter to be. I was honest, and told him that I wanted someone who could step up and become her dad. He said he wasn’t sure he could be a step-father, and didn’t think he would be good at it. He made a decision and we parted ways.

I was disappointed, but unwilling to compromise. I wanted a man who could rise up to be the missing piece in both my and my daughter’s lives. I had strong feelings for him, but if he wasn’t right for us, it was time to move on. I trusted that eventually I’d find someone who was.

Luckily for him, it only took him three days to get over his irrational fears and come to his senses. He’s an amazing father to both of our daughters and I can’t believe he ever doubted himself.

My previous job is another example. It required a test (which I passed with flying colors), letters of referral, and my college transcripts. I went through a lengthy, two-part panel interview process and a job shadow. After all of that, I still didn’t hear anything for weeks. I sent thank-you emails to everyone and called to check the status several times. I was driving myself crazy for months—until I let go.

I reminded myself that the Universe has a plan for my life, and if that job was a part of it, I would get it. If not, there was something better down the line. Once I let go of my stress and anxiety, I finally got the call with an offer.

My struggle with unexplained infertility really hits this idea home. I wanted to have a baby with my husband more than anything. Right out of the gate, I was prepared to succeed. I started tracking my cycle and used ovulation predictor kits to plan accordingly. Every month brought a reminder of my crushing failure.

After a year of trying without success, my husband and I went through fertility testing. We received a diagnosis of unexplained infertility, which meant there wasn’t anything specific preventing us from conceiving. The news was both a relief and frustration, because it also meant there wasn’t anything we could fix. When we approached year two of our struggle, my husband finally agreed to more aggressive fertility treatments.

We started with Intrauterine Insemination combined with a medication that was supposed to help me ovulate better. We planned on doing three cycles before moving on to in vitro fertilization, which would cost upward of 25,000 dollars. I didn’t care how much it would cost, I was going to have a baby. I was determined and there was nothing that could change my mind. I knew I wouldn’t give up, no matter what I had to go through or how long it took. I was incredibly excited for our first IUI, but it was a failure.

Before our second one, I let go of needing to control the way we conceived. We decided that if the second IUI failed, we would skip the third and move on to in vitro. My attitude the second time was relaxed and assured. I knew I would have a baby eventually, but probably not from the IUI. Less than two weeks later, I was blown away by a positive pregnancy test. The Universe truly shows up for us when we need it.

I’m currently in the process of manifesting something that I’ve secretly wanted my entire life. I’m in the beginning stages, where I need to put in a lot of work. I wake up each day ready to tackle one more piece of this puzzle. I’m a little scared, but excited and hopeful.

When I think about what I’m trying to accomplish, electricity flows through my veins. My soul dances around inside my body because I’m finally doing the work I was meant to do. I have a vision and I’m formulating a plan. I know that one way or another, I will make this dream come true. I’m trying to let go of resistance and trust that the Universe will make a way. But I still need to put in the effort every single day.

I encourage you to do the same.

If you have a dream inside your heart—it exists for a reason—go after it! Believe that it is meant to be yours and have faith that it will be. Put in the work and promise yourself you’ll never give up.

If we’ve learned anything in 2020, it’s that life is precious and unpredictable. It’s meant to be lived fully—with as much joy as possible. I don’t want to wait until I’m 65 to do everything I’ve always wanted to do. I want to do it now.

I want to live my life for me, and forge my own path.

You should join me on this quest.

The power to create the life of your dreams is in your hands.