The Space Between Us: a Story of First Love & Surrender. 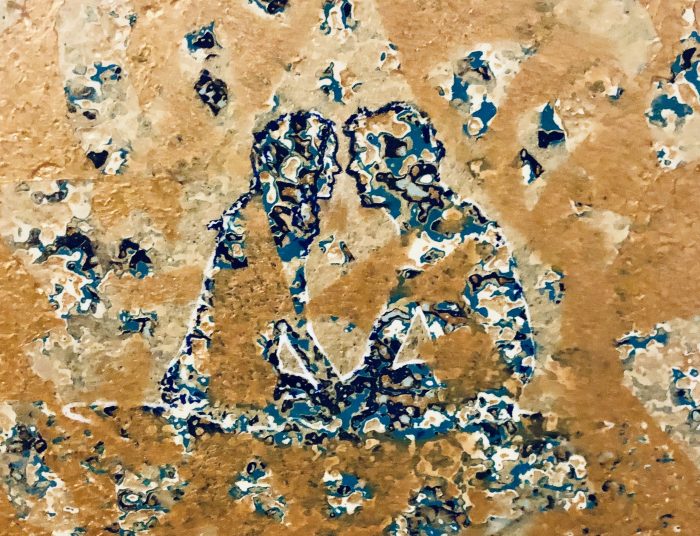 It was a Friday afternoon when we arrived at the railway station and caught the train together, but something had obviously changed.

We were quiet: no pushing, no horseplay, and no sitting right up close to each other. No laughter. The space between us was palpable.

He looked different as he gazed out of the window at the passing countryside. I felt a knot in my stomach, but I couldn’t turn back now.

We had met eight weeks before. I was 16 and had just begun a two-year foundation course in art and design at York College—60 miles away from the tiny village I’d grown up in. I was living away from home for the first time. Nobody knew my past; I was free to reinvent myself.

I was strolling along a corridor, tracing the wall with my fingertips, eyes cast downward, lost in thought, when I became aware of him walking toward me. The first thing I noticed was the way he moved: he had this subtle swagger, one that exuded the kind of confidence that hides a vulnerability.

The second thing I noticed was his big strong hands, dirty from working metal. He was undeniably good looking. His mouth had a cheeky smile and he was chewing the inside of his cheek. Behind his ear, there was a ready-made rollie, and his deep brown eyes were unashamedly looking me up and down.

Then we passed each other. I looked back, he looked back, and we both laughed together and continued our opposite ways.

And that’s how it began.

After that, in between classes, wherever I was he was, and there would be two ready-made rollies behind his ear. I found out he was 19, in his second year, and specialising in metal work and jewellery design. He lived with his parents in a town called Northallerton, a 25-minute train ride away from York, that he traveled each day. I also found out he had a girlfriend in Northallerton.

“So we can just be friends,” he said, laughing.

“Sure,” I said, laughing too. And the truth was I’d never had a boyfriend before, so it was, in a way, a huge relief not to worry about messy bodily unknown situations.

We were like bobbles of mercury on any given surface—we just had to come together. The desire to touch each other was irresistible. We would literally be bumping into each other at college, sitting almost on top of each other on a bench. We’d spend hours in the park after class punching, grabbing, and tickling each other, play fighting for hours, rolling around laughing to the point of crying.

“Do you surrender?” he would ask me, time and time again as he pinned me down to the ground. And of course, I wouldn’t, even when my arm was in agony twisted up behind my back; even when he was tickling me below my ribs until I couldn’t breathe because I didn’t ever want him to stop.

Most days, I’d walk with him to the train station and we’d empty our pockets to scrape enough coins together to get a pot of tea at the railway café.

We’d sit, kicking each other under the table, making our tea last while waiting for his train. We filled the time telling each other about our lives, dreams, and hopes, our stories always threaded with laughter born from being in each others’ presence.

Our alchemy was laughter, and the whole world could go whistle because when I was with him, I was home.

One day, he invited me to come stay at his parents’ house for the weekend. There was a dance night at a local venue; would I like to come with him?

“What about your girlfriend?” I asked.

“Don’t worry about that,” he said

But my confidence turned to confusion as we made our way to the station and endured an almost silent train ride. He must surely be regretting inviting me, I thought. He must have realised how I feel about him.

When we got to Northallerton, I grabbed my bag and followed him to leave the train. Just before exiting, he turned abruptly to face me and I couldn’t quite stop in time and ended up pressed into him.

“By the way,” he said into my ear, “I don’t have a girlfriend anymore.” And then he turned, and with that confident swagger of his, he stepped off the train.

I only owned one flashy outfit—a metallic blue number with shoulder pads and ruching (it was the 80s, after all). So that night, I went from grungy art student to disco darling, with lined mascaraed eyes and the brightest red lipstick on my mouth.

He was getting ready in his bedroom; I was getting ready in the living room. They were opposite each other, separated by a split staircase. As I nervously came out of the room to find him, he had just come out of his room to find me. We both stood at the top of our respective stairs, maybe three or four meters apart, and a little chasm between us. We just stared at each other.

It felt like a wave breaking over the fabric of my reality after building and building and building. I soaked up the way he was looking at me, partly like he’d never seen me before and partly with open-hearted realisation. Oh, the deliciousness of how he looked at me. His haughty set of shoulders relaxed, and in its place, softness, vulnerability, and want. He let me see the man behind the protection, and without need for words, my body whispered, “Yes, yes, I surrender.”

I don’t know how long we stayed there looking at each other, drinking each other in, grinning like idiots. But in that moment—treasured forever—I knew that everything had changed.

I knew that it was on, and I was exactly where I wanted to be.

There is a moment,

as I move out of sleep,

or maybe still wrapped in the tendrils of a dream;

there is a moment

when I wake up,

when I do not know who I am.

into the rock pools,

the caves of my mind,

comes me and all my -ness.

with all your -ness. 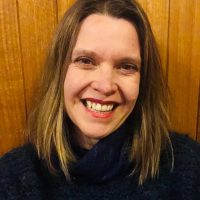 Louise Taylor was born and raised in the wild Heathcliff country of North Yorkshire. Where a difficult childhood helped her developed a thirst for literature, travel, and all … Read full bio