For the Highly Sensitive Witches: You are Empaths who are Meant to be Leaders. 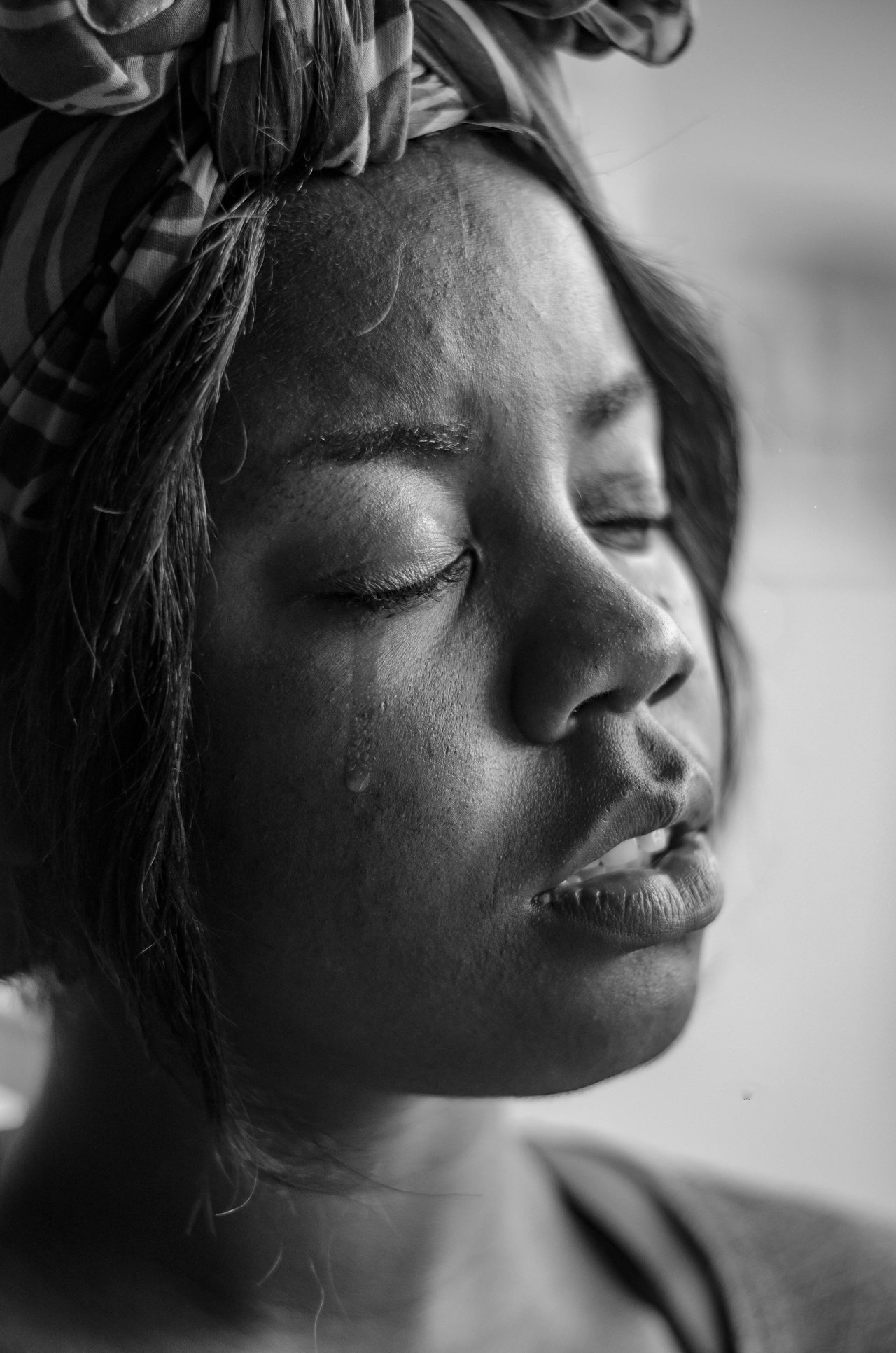 Most of the women I coach are what are now called “empaths.”

I call them witches. They are overly sensitive, and they feel a lot—more than most humans.

I love them so much because they have one thing in common, which I think is so needed these days: they care about how they make others feel.

There is actually a physiological explanation for that. People who feel more have a nervous system that is parasympathetic dominant. It makes us prone to have our attention inward. We are more in our inner world, less likely to engage with others but more likely to tune into them.

As a result, we “absorb” a lot from the external world. We are comfortable learning, but we have a tendency to be influenced by the people we interact with or are dominated by.

But when we are parasympathetic dominant, our threat responses are different from “fight or flight.”

Let’s look at the three more common ones:

>> Freeze: can’t move, can’t talk, can’t reply.
>> Collapse: which we see a lot in nature when animals “play dead.” Humans have a tendency to dissociate, which goes from escapism to complete blackout—it’s a form of surrender.
>> Fawn: the subtle one—the people pleasing.

As you can notice, all the parasympathetic strategies avoid the point of friction: the conflict or the battle. These are variations of a “get me out of here” response.

On the way to lead, there will probably be resistance from others or conflict. That’s why those people are less comfortable leading—they are not comfortable with too much attention either.

I think there is a lot of potential lost there.

Our Western societies valorize and support the go-getter. It’s about more, more, more—more money, more power, more everything because the busier the better. Whether it’s in a group or in a company, our way up often depends on us demonstrating some capacities for achieving. The carrot goes to the one who does better because it’s easy to measure. We ran faster, we made more money, we gathered more people, we got more likes…then you become the leader.

And if that’s the way our society works, we can easily see the journey to the leader spot—it favors sympathetic nervous system dominant people. They can be in the spotlight and deal with conflict without being dysregulated as a parasympathetic dominant person would be.

Caring so much about how we make others feel is a blessing when we are a carer. However, it’s a curse when we want to take the lead, and there is competition for it.

The way we portray success doesn’t include so much “rest and digest” consideration either. So we choose role models who get more attention and constantly “go for it.”

All this is actually regrettable for two main reasons:

1. Rest and digest is actually the essential part of a stress cycle.

Stress sounds always negative, but sometimes it’s not. Stress, which is mainly the cortisol hormone in our system, is the one that will give us the drive to take actions. To complete a stress cycle, the equation is simple:

Take action + rest and digest/process = I am keeping myself regulated and nourished.

Simple, isn’t it? Except we keep skipping the rest and digest phase to achieve more. Having a tendency to go and get it all the time can have a big cost in the long run.

There’s a difference between “go and get it at all costs” and being resourceful.

In the first case, we don’t respect cycles. Nature is the greatest teacher and we forget we are part of her. There is a summer, and there is a winter or a rainy season. There is time to slow down or stop—to be nourished, to replenish. The leader who is not resourceful will deplete the natural resources within and on our planet.

2. The great gift of the parasympathetic dominant is to feel.

People who feel more don’t bypass their emotions to go to the top. And as they tune into what others feel, they can’t bypass other people’s emotions either. As a consequence, their gem is as simple as this: they deeply care about others. They care about how other living beings feel.

Parasympathetic dominant will be drawn to activities or careers where they can care, create, or contribute in some ways.

And today, more than ever, we need people like this to take the lead.

I am not saying all the leaders are insensitive and don’t care. We can see more and more leaders with a great balance between their achievement capacities and how they guide people who support them on the way up.

And whether you tap more into the sympathetic or parasympathetic has nothing to do with the quality of your values. But because our systems are wired toward valorizing measurable results, quantity has a tendency to appeal more admiration than quality. And quantity is more the realm of the sympathetic.

How many collaborative role models do we have so far compared to those who lead, overpowering others during the journey or once they are at the top?

How many leaders are even abusers or bullies?

So if you find yourself matching the parasympathetic dominant characteristics, and if you are in a situation where you would like to contribute and take the lead but it’s been overwhelming, please don’t give up.

Here are several things you can do to climb your way there:

Notice what is your main threat response and when it stopped you from moving forward.

Is it freeze, collapse, or fawn? We want to bring to our awareness which one is our most common, as well when we feel it doesn’t serve us.

For example: we wanted to say something, but it all stayed stuck in our throat at the time, and the words came after the conversation, certainly with some frustration. That’s a typical freeze response.

Ask for a pause.

The more we notice our threat response, the more we will be able to anticipate that it’s coming. “Oh, I am about to freeze or to people please.” When we reach that level of awareness and we feel there is a window for it, ask for more time.

It’s okay to say, “I am gonna need to think about that; I’ll come back to you later.” Or we can give ourselves a few breaths before speaking. We can wait for the emotions to settle a bit before replying to that email or setting up that appointment. Make slowness our ally instead of rushing for the sake of it.

Build your capacity to receive attention.

Start with the little things. Make eye contact and hold it one second longer than usual. Don’t be the one breaking the hug. Wear those clothes that you’re afraid are too colorful or original. Receive compliments saying “thank you” instead of trying to diminish it. Take credit for what you created in your life. Engage in activities where there is an audience, such as a theater or public speaking.

Tap in your sympathetic nervous system.

If we are parasympathetic dominant, we already recognize ourselves in the threat responses. Another component is what activities we are attracted to. We are all attracted to what we are “good at” or comfortable with. So parasympathetic people love yin yoga, yoga nidra, and all the “rest and digest” stuff. They love fluid movement. But surprisingly, they can love as well some “shock” practices like ice baths or long breath retention. Why? Because it activates their common freeze response.

What they need for more balance and to get out of the freeze response is a practice that consistently builds more heat, like lifting weight, boxing, racing, or anything with more core engagement or reaching toward another for opposition or collaboration. But who is attracted to that? Our sympathetic pips loving their fight and flight.

Do some mind management work.

We want to catch ourselves absorbing too much of what’s going on around us and if this absorption often drives us to a downward spiral. If we need a shift, hire a professional, a coach, a therapist, or someone who can see the dissonances between where we want to go and our mind following the drama and getting lost in it.

There’s a lot of negative things happening in the world at the moment. We can choose to let them carry us into a downward spiral or keep our mind in a place where we are part of a solution.

Empaths, witches, ultra sensitive beings, I want to offer that the world needs your gifts. And in order to lead and influence, your stronger assets will be a regulated nervous system and a well-managed mind.