How Growing up in a Doomsday Cult Scarred Me for Life. 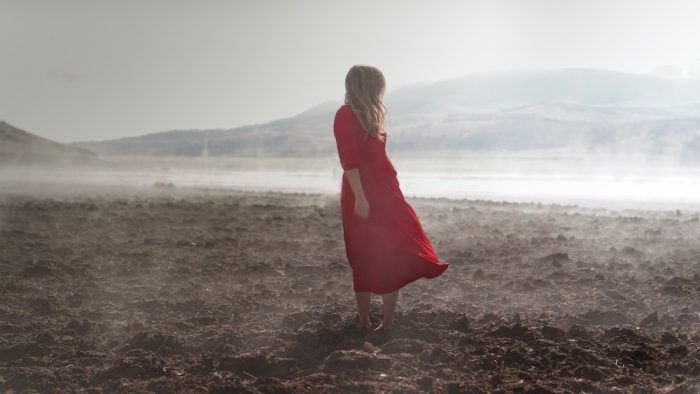 I take a deep breath—or at least I try.

There is a band going across my midsection, or at least it feels that way. In reality, I am lying in my bed. It is 4:30 in the morning; my mind is ruminating over my most recent awkward communication with my lover. (We all do this.)

What is different for me is when I feel under the racing thoughts into my body—into those bands—there is an imprint of an actual band being there. The memory of being strapped to a bunk bed, buried deep underground, awaiting the end of the world begins to surface.

What can I say about growing up in a cult?

I tend to catastrophize even when things are good, and it recently occurred to me that it might have something to do with this disturbing chapter of my life.

In many ways, the church that I was raised in is no different from many religions. It had a doctrine that it followed, rules and regulations, rituals, a leader, and a global following. And, as with many religions, they believed themselves to be special—chosen.

What were they chosen for? To survive the end of the world.

Having lived through a couple of would-be armageddons—my first with Church Universal and Triumphant, the whole Y-2K fiasco, and now COVID-19—I have to say, I’m wary of the end of the world. My nervous system simply can’t take any more catastrophic preoccupation. It messes with every area of my life, particularly in regard to intimacy, where I most want to be vulnerable.

I have PTSD from the life I have lived—undiagnosed but no less real for me. I’ve endured a split-family environment, a seven-year drug habit (meth), and all kinds of toxic relationship dynamics.

When I am stressed, I tend to freeze, then slip into over-functioning, either in my own mind or actions. I recently decided to refer to my anxiety as vivid and tender, as it more specifically describes what it feels like when an episode overtakes me. The other thing I have come to realize about my anxiety is it is actually a PTSD episode. And when I am hurt, confused, and most likely regressing, I need to be gentle with myself.

Life-long anxiety is probably not an uncommon effect of being strapped into a bunk bed with two of your closest friends and being told that this will be the last night on Earth for anyone who has not been selected to survive this global catastrophe. In other words, everyone who was not underground with me that night would be dead by morning.

I remember wondering where my dad was. He and my mom were divorced, but families were still placed in the same bunkers, and on the night that the world was set to end, he was nowhere in sight.

I have deep abandonment issues going back before this event. But as I recently discovered in a session with my counselor, this left a mark too.

One of the most confusing things about that night was that it had all felt like a game previously. The drills were kind of fun. Blue busses would come for us in the middle of the night, and we would load up and ride up the steep, bumpy road into the heart of the mountains, or what members of Church Universal and Triumphant called, The Heart of the Inner Retreat.

Upon arrival at the site, we would disembark the buses, get on carts that would take us to the individual shelter openings, and then descend a ladder that went down 20-feet underground, dropping into the opening of our bomb shelter.

Yeah, you read that right—bomb shelters.

Church Universal and Triumphant leader, Elizabeth Clare Prophet (as well as her husband, Edward Francis) made national news when the FBI busted him for trying to purchase a cache of illegal weapons to stash in the bomb shelters.

Guns weren’t all that was stashed underground; we had enough supplies to allegedly last for seven years—through a nuclear holocaust. The community was largely self-sustaining. They had a farming operation and were dehydrating and storing food in preparation for armageddon. Families packed many years worth of clothes to grow into.

We were chosen. And who chose us? Why, the Ascended Masters. What exactly is an Ascended Master? They are kind of like the saints of the Catholic Church. They were once people, like you and me, who had balanced enough karma to become guides for humanity. And how did they accomplish this? Through their messenger, Elizabeth Clare Prophet. She delivered these messages via dictation, which is a form of channeling.

This was occurring in the late 80s into the winter of 1990, which brings us back to the night that haunts me.

As I lay strapped in the bunk bed, a red light glowed ominously from the end of the hall. The adults were in the chapel decreeing. This was a type of rapidly spoken prayer that included things like asking for protection and calling judgment on people and organizations that were acting in contrast to the church’s agendas and values. It’s a droning sound—hypnotic but not comforting.

I remember worrying about my dad, who was maybe out tending to details in the frigid terrain or maybe with Guru Ma, the name that the Keepers of the Flame called their beloved leader. They also referred to themselves as Chelas, which I have come to learn actually means slaves.

Yes. We were slaves to the madness of this woman. It was her belief in the messages of these otherworldly beings that had led us to this strange and terrifying conclusion—unwilling captives to the end of the world.

The next morning we emerged, and as we stood around the old-fashioned, rotating metal toaster in the community cafeteria, I remember the adults congratulating themselves on how their decrees had averted a global catastrophe.

This kind of magical thinking still leaves my stomach in knots. It is divorced from reality and is dangerous. That is not to say that we cannot become better people through prayer or meditation, but to believe that alone is enough to avert disaster or make significant change is a dangerous spiritual bypass. Action is needed.

As I grabbed my beloved buttered-toasted-bun and ran off, I remember thinking, “What a crock of sh*t.”

The Childhood Wounds that Keep us from Setting Boundaries. Triggers & Childhood Wounds: How to Heal the Number-One Relationship Killers. 7 Signs we Might be Involved in a Cult.
See relevant Elephant Video