“He Came out as a Transgender Male at 17″—Getting Reeducated on “Sex” & Gender. 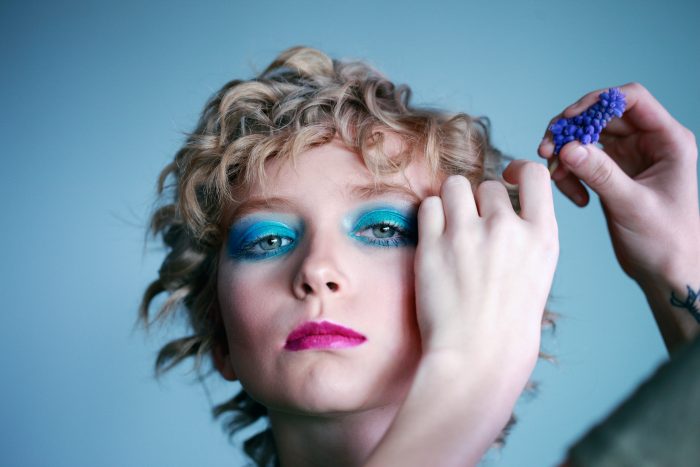 The science of many things has changed since I graduated from high school in 1990.

Pluto lost its status as a full-fledged planet, indigo ended its masquerade as a primary color of the rainbow, and gender declared its independence from anatomy alone. Public school has brought my children up to date on the first two; my son had to figure out the third part on his own. (And then he taught me.)

My son was in middle school when he first felt the asynchrony between his body and its assigned gender. I imagine it as a previously formless idea floating in the recesses of his psyche that began taking shape in his conscious mind. From my vantage point, on the outside looking in, I saw only what I expected to see: a pubescent girl with an elevated but normal amount of self-consciousness.

Whole years passed before my son knew the contours of this new shape well enough to voice what his brain knew all along. During these long years, he starved his body to straighten his new curves, lived in oversized hoodie sweatshirts to deny his chest, and cut his flesh to bring his emotional pain into the physical realm. Only later would I be able to connect the dots. He came out as a transgender male at 17, a few weeks before he began his senior year of high school.

Initially, I avoided the planetary shift in his words. As much as I wanted an answer to the years’ long puzzle that he had been blindly struggling through, how could it be possible that I did not see it coming? I worried that he might be attaching to the idea of being transgender as wishful thinking for an answer—any answer. I had no religious dogma in my way, only the long-held memory of XX and XY chromosomes from my own high school years and memories of him dancing around the house in princess dresses as a young child.

The truth is that science is messy. We have been led to believe that science delivers only irrefutable facts. But really, the most that science can do is present the best hypothesis at any given moment in time—according to the most advanced technology of that time.

For instance, though I had been taught to believe that gender comes down to which two “sex” chromosomes you are born with (XX= girl; XY= boy), modern genetic testing since then has uncovered a network of additional genetic, hormonal, and cellular considerations at play. We now know that someone born with a penis may actually have two X chromosomes. Likewise, someone born with a vagina can have an XY combo.

I was also taught to believe that this was the complete story: the plumbing, the whole plumbing, and nothing but the plumbing. Science now knows otherwise. It turns out that the brain plays an independent and equally leading role. Increasingly advanced and detailed brain imaging capabilities have allowed scientists to pinpoint our felt gender experience to specific areas within the brain. In other words, regardless of our plumbing, we are the gender our brain tells us we are.

Because how can any of us say with any degree of certainty what it feels like to be someone else? And without that intimate knowledge, what right do we have to judge others’ subjective experiences?

And so it fell to me to continue reeducating myself. I signed up for a parent series put on by a local therapist, watched videos on YouTube, and read articles. Lots of articles! Some were scary, some beyond my comprehension, and some downright confusing. I learned the difference between gender identity (what we are) versus gender expression (what we show).

I learned that many species in the animal kingdom are transgender, including fish—they can change gender midlife. And I learned that out of the 100 genes on the Y chromosome, only one (yep, just one!) determines the plumbing. Finally, I learned that when this one specific gene falls off or migrates to an X chromosome, a penis can’t and won’t grow. (No matter how loudly your brain tells you that you are a boy.)

I now see an entire universe of knowns and unknowns when I look at my son. Because parenting my son has made me realize that we only see what we look for. He taught me to expand my vision, literally and figuratively. Yes, he played with barbies, but he also played with Thomas the Tank Engine; he loved Percy Jackson and wore a tie to his fourth-grade band concert.

In the end, the truth that my son is transgender is the least interesting or radical thing about him. He is incredibly creative, empathetic, funny, and as worthy of love and respect as anyone.

So let’s stop gawking and go beyond what we were taught. The world isn’t changing; only what we know of it is. For example, I now know that sex and gender are larger than our capacity to know and understand it all. And now you know too. 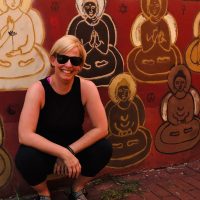 Chrissy Boylan is a proud Gen Xer who grew up outside Detroit with an identical twin sister in a large, Catholic family of nine. She now lives outside Washington D.C. with her… Read full bio