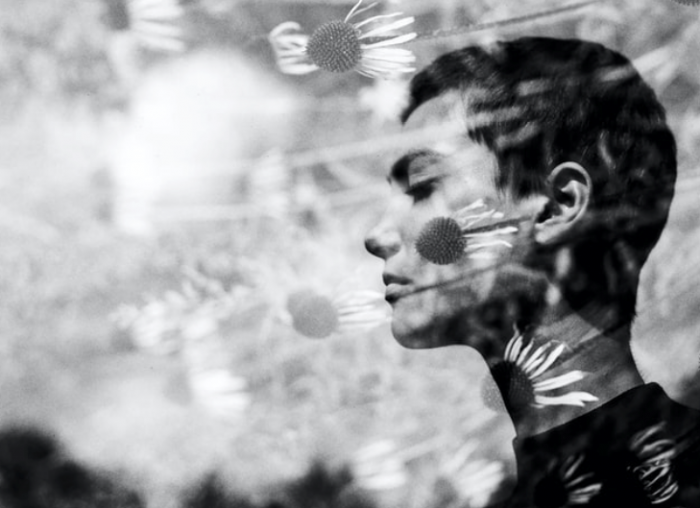 If you suffer from depression or anxiety, it can be hard to ignore the allure of a pharmaceutical fix. However, something as simple as yoga can make your symptoms improve drastically. Read on to see how you can improve your mental state, the natural way!

Contrary to popular practice, yoga is not just physical postures. In one of the foundational yoga texts, Yoga Sutras of Patanjali, eight limbs of yoga are described.

The Eight Limbs of Yoga

1. Yamas: things not to do—ethical restraints.

2. Niyamas: things we should do—lifestyle observances.

4. Pranayama: extending or pausing the breath.

5. Pratyahara: inner focus of the senses.

8. Samadhi: the goal of yoga, to experience bliss.

While each of the eight limbs delivers health benefits, in the west, the limbs of asana, pranayama, and meditation are the most commonly practiced and studied. For anxiety, the research on these practices is compelling.

Yoga, Breathing, and Meditation for Anxiety

In a 2018 study published in the International Journal of Preventative Medicine, 52 women (at an average age of 34) practiced hatha yoga exercises three times per week for 60 to 70 minutes, which included postures, breathing techniques, and meditation. According to their scores on the depression anxiety stress scale-21, depression, anxiety, and stress decreased significantly in women after 12 sessions of regular hatha yoga practice.

In this study, researchers concluded: “Yoga has an effective role in reducing stress, anxiety, and depression that can be considered as complementary medicine and reduce the medical cost per treatment by reducing the use of drugs.”

Note: Please consult your doctor before reducing the use of any prescribed medications.

In a 2020 study published in JAMA Psychiatry, the practice of kundalini, which includes yoga postures, breathing, and meditation, was compared to standard education on stress management and cognitive behavioral therapy (CBT). Participants were divided into three groups: 93 performed kundalini yoga, 90 received CBT talk therapy, and 43 received standard stress education. Each group received twelve 120-minute sessions with 20 minutes of daily homework for 12 weeks. The results were based on the clinical global impression-improvement scale for the treatment of generalized anxiety disorder.

The kundalini group scored significantly higher than the group that received the standard stress management education, but not as well as the cognitive behavioral therapy group. Cognitive behavioral therapy is basically talk therapy that one would receive from a counselor or therapist. However, while it is effective in the short-term, reports suggest that CBT is not as effective in the long-term.

Finally, in 2012, a review of 35 studies on yoga was published in the Alternative Medical Review, looking for a non-pharmacological approach to stress and anxiety. Of 35 trials, 25 noted a significant decrease in stress and/or anxiety symptoms when a yoga regimen was implemented.

The Slow Breathing Yoga Rule: The Eye of the Storm

Yoga is based on the Vedic principle of establishing the “coexistence of opposites.” For example, in asana practice, the body is engaged in dynamic physical postures while the mind remains perfectly still. This is a law of nature that we see in various places: in the silence at the eye of the storm; in our solar system, where the sun remains still, while planets race around it; and at the microcosmic level, a nucleus of an atom sits silently with electrons spinning around.

Yoga is a model for us to mimic this most powerful force in nature. As one becomes more adept in yoga, breathing, and meditation, the ability to stay calm during the stress of extreme physical flexibility and movements becomes a model for staying calm in the midst of, say, a pandemic, political unrest, or economic collapse.

One of the ways this ability is honed in yoga is through the practice of slow breathing. Studies show that maintaining a breath rate of about six breaths per minute delivers the greatest oxygen saturation to the tissues, increases parasympathetic activation while under stress, and creates brainwave coherence.

Researchers found that when breathing six breaths per minute during a pranayama session, there was carryover to slower breathing during daily activity. Slower breathing naturally addresses the unhealthy tendency to over-breathe oxygen and exhale excess CO2.

Slow breathing during pranayama and asana practice gives the body time to build healthy levels of CO2, which creates a chemistry of calm, the antidote to worry and anxiety.

In fact, in one study, long–term yoga practitioners were able to tolerate higher levels of carbon dioxide (CO2), which delivers natural sedation or antianxiety effect. They found chemoreceptors in the brain that would normally react to increasing levels of CO2, or air hunger did not react as quickly in yoga practitioners.

Learning to breathe more slowly allows CO2 levels to gradually build up and become more in balance with oxygen levels. In this same study, regular yoga training allowed increased workload with less oxygen consumption, suggesting that with yoga and breathing training, the body is able to deliver more energy and use less fuel (oxygen).

One of my favorite series of yoga postures (or vinyasa) is Surya Namaskara, the sun salute. It is a series of flexion and extension postures classically coordinated with deep, slow nose breathing. Try it while maintaining a rhythm of six breaths per minute: a five-second inhale and five-second exhale. Comfortably work your way up to 12 rounds of the 12 breathing postures of the sun salute.

Practice ujjayi breathing at a rate of six breaths per minute as part of your daily practice for about 10 minutes a day. Slowly incorporate slow breathing into your regular yoga practice and let the deep, slow rhythm of your breath dictate the pace, depth, and intensity of your practice.

Let me know what you find!