Democracy Only Wins If We Insist on the Truth. 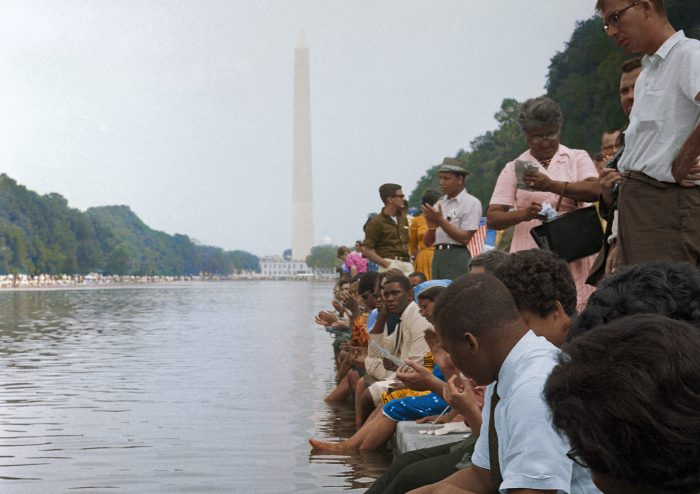 Trump can only steal the election if we fail to combat his lies.

There are days in which the fate of the world can sometimes seem to hang in the balance. And on those days, it can sometimes seem as if anything you do will unsettle the equilibrium, setting in motion an unpredictable spiral of consequences, whose end result can only remain unknown.

So, it is easy to imagine that once you have performed your civic duty of voting there is nothing to do but sit back and wait for the results—especially when the threat of civil war seems so high and the situation is too fluid and dangerous to protest.

But there is something simple that each and every one of us can do to assure a fair and peaceful outcome to the election. When Trump declares a premature victory, as he will almost certainly do, we can get on social media and the comment sections of major news sites and speak the truth. We can talk about how the exit polls show that Democrats are hammering Republicans in the major swing states. We can talk about how all the votes have not been counted and that every vote counts in a democracy. We can talk about the 22,000 lies the president has told, and how you should never, ever trust a known liar when he has a gun to your head.

But we can also talk about why our votes matter. Voting gives us a voice in our national destiny and an opportunity to hold periodic lawful revolutions. Voting is a celebration of freedom because it asserts our liberation from domination. Through exercising our civic freedoms, we can liberate ourselves from those who would enslave us for their own personal ends. Voting is the foundation of all democratic institutions, and if we fail to protect the vote, we leave ourselves vulnerable to countless abuses. In short, voting is essential to the freedom we need to thrive.

This is not to say that a single election can turn around a titanic historical trajectory. Great transformations are seldom accomplished in a single election, but voting gives us a lever through which we can start to turn the tides. And this time around, we are going to have to fight for our votes to be counted. Yet, the fight in which we need to engage will not be waged on the streets but in the hearts and minds of fellow citizens. And the people we need to stand down are those who would repeat the lies of a president who has shown every indication of trying to steal the election.

Maybe it is a matter of time, maybe it’s too stressful. But the way to stop lies from spreading on the internet is to take the time to correct them and to join with others who are doing the same so that the liars are made anxious and forced to retreat.

And the way to stop bullies is to stand up to them and don’t let up until they back down.

For the last four years, over half the country has been carrying out an epic confrontation with a bully. Now, it is finally coming to a close. Trump is losing badly and he is afraid to be called a loser. Trump’s grasp on power is slipping and every official he has bullied is just waiting to come for his head. Trump is guilty of countless crimes and knows there is a line of prosecutors waiting to put him behind bars. And he knows that when he is weak, he will no longer be loved, for fascists love nothing as much as strength—because deep down inside they know they are weak.

And the abuses bred of their insecurities are destroying what is most beautiful about America.

Election night will see armies of trolls unleashed on the internet. There will be Russians and Israelis and Indians who want Trump to win so they can abuse their powers without international restraint—and there will be Americans organized in defense of easily the worst president in our nation’s history. It is tempting to tell a story that no one is listening to their lies—but people listen and the lies they foster won them the last election. It is tempting to tell yourself you can do nothing about them—but each of us can click to a major news site and start liking true comments this instant, and each of us can speak the truth.

The public sphere used to consist of newspapers and magazines, and when ordinary citizens wanted to make their voices heard they, took to the streets. But now it exists on social media, and whoever wins the argument there dominates the debate. And whoever gets the most likes wins. Don’t let an international army of fascist trolls decide your future. If you want to continue making your voice heard, click over to a major news site and speak the truth now.

Perhaps the truth will not, ultimately, set you free, but if democracy is to survive, it will be because we spoke the truth and did not let up until we won.