Why Transgender Representation was the Star of my Election Night. 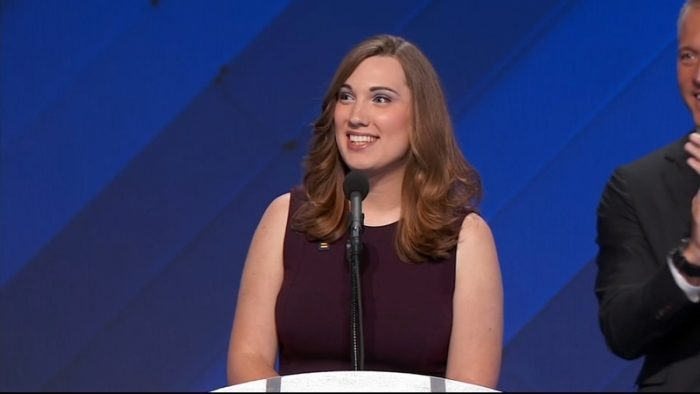 The fatigue of waiting for election results had wrapped me in a blanket of angst.

My soul was heavy; I felt exhausted like never before.

I tried to focus on the positive wins for the election while also remembering those would be null if we retained the current Republican terror…I mean, president.

The gains of the Senate and House were starting to fade away—important but distant memories—as I waited and waited to hear what path America would choose.

But suddenly (finally), Saturday morning delivered the news I had been waiting for: Joe Biden was our new president-elect.

While this news fills me with tears and joy I haven’t felt in four years, Mr. Biden isn’t the win that stands out for me on election night, day, and week.

The big wins that stand out for me are those of Sarah Mcbride and Stephanie Byers. These two names may not evoke much emotion in you, but they bring me to the brink of tears. Not because these two powerhouses are women. Not because Stephanie is a Native American woman. Not because Sarah McBride is from one of our union’s smallest states.

Stephanie Byers is a Native American transgender woman from Wichita, Kansas. She lives here with her wife and is a retired school teacher as well. She is also the newest State Representative for Kansas.

Kansas, being a red-leaning state, seems like the last place we would find progressive elections. Yet, these individuals stood with Byers on her issues at hand and believed she would be the best person to represent them as a state representative.

Kansas, thank you for proving that.

“For me, being transgender is just another aspect of who I am. I am also a member of the Chickasaw Nation. I ride a motorcycle. I’m a musician. I have a bachelor’s and master’s degrees in education.” ~ Stephanie Byers

Sarah Mcbride is a name you may be familiar with. She is a resident of Delaware and, until recently, served as the national press secretary for the Human Rights Campaign.

She is also the first transgender woman to be elected as a state senator in the great state of Delaware. This makes Sarah Mcbride the highest-ranking transgender official in the country. That is pretty powerful.

Why is this so powerful? Let me paint a scene:

You are a teenager who is on the cusp of 18. All your life, you have struggled with your gender identity and have finally accepted that you are not comfortable in the body you were given at birth. As you grow into adulthood, politics has never interested you because no one “like you” is around as a role model.

You are a 25-year-old who is a year out from a surgery that will change your life, and you are fighting laws in your state that require so many hoops for this surgery to be allowed. As you begin searching for help in the battle against laws and policy, you realize no one in your state legislature is “like you.” Your fight falls on deaf ears as no one who has experienced your struggle is in a powerful enough seat to help you make law and policy changes.

This is why Byers and McBride winning their respective political seats is such a powerful statement. These beautiful women are showing other women “like them”—everywhere—that no matter who you are, laws and policies are meant to protect you too. If we have more lawmakers and state legislatures representing the LGBTQIA+ community, we can expect more compassion when deciding on our rights.

According to a study done by UCLA last year, 9 million LGBTQIA+ were registered to vote for the 2020 elections. As I write this article, I am informed that Biden overtook Trump, so I would like to hope that number is much higher. My point is, you segregate a huge portion of our population when we are not given opportunities to vote in leaders who represent us: lesbians, gays, bisexuals, transgenders, queers, intersexuals, and asexuals. Our voice is taken away with our lack of representation.

Thank you to Stephanie and Sarah for bringing our voices back to the forefront. The fight is not over, and I am happy to be here at the beginning.

“I hope tonight shows an LGBTQ kid that our democracy is big enough for them, too.” ~ Sarah McBride 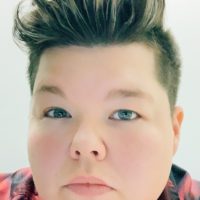