Confessions of the Feral: Deconstructing Myths for Wild Women. 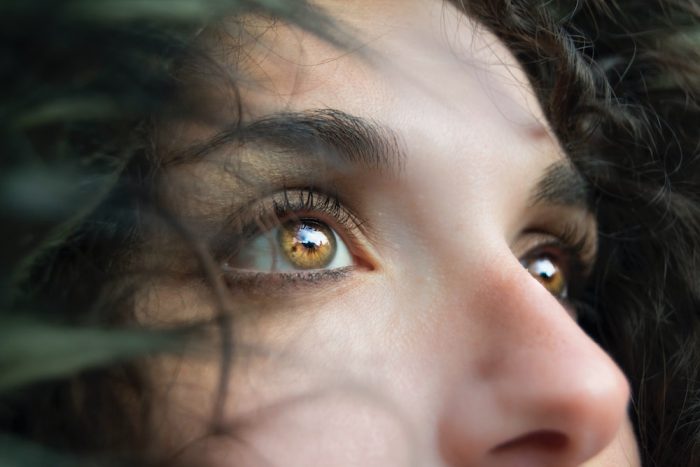 For as long as I can remember, I have struggled with being a good girl.

I’m not very good at it.

I’ve got a rebel streak as wide, wild, and winding as the Yellowstone River, which I grew up next to, and my nature is much like the mountainous climate where I live—unpredictable. I like me this way.

We have been trained to find comfort in predictability, but our hearts are designed to respond—rhythmically—to environmental shifts, internal and external. Predictability is the death of spontaneity.

What does it mean to be a wild woman in the modern world?

We get labeled as whores, sluts, and party girls. We get called crazy and messy. We were once diagnosed with histrionics—female disease—due to the fluctuation in our hormones. Glennon Doyle has offered us the title, “Untamed,” which I like. We as a culture—not just women—have become too tame.

We are all born sensitive creatures, some more so than others, but all of us have instincts that, within the first few years of life are, more often than not, systematically snuffed out of us.

In our modern, Western-European culture, we have been left with really only one myth to bind the body to the mind: the victim/perpetrator/martyr mythology. This unholy trinity has been passed off as the ultimate spiritual achievement, and we see men and women both, hanging themselves from dilapidated crosses trying to be enough—trying to be the good little boys and girls that will get to heaven.

What happened to the tales of heroes and avenging goddesses? We are painting our men impotent and sealing off our women’s holy rage. And most disturbingly—we are agreeing that the stifling of our instincts is for our own good.

It’s hard for wild women to find stories that speak to our nature because the feral-fearing-feudal ideologies of the Catholic church burned those women and snatched the living tales from the people’s tongues. They called our ancestresses heretics, which simply means: one who disagrees with the established religious doctrine or mainstream narrative.

Even our most classic stories have been watered down to present us as less powerful, more dependent, less instinctive—less wild.

We can thank the Brothers Grimm for the sanitization of some of our ancient fables. As they collected stories from woodsmen, city folk, nobles, and peasants alike, they removed components that were considered too violent, sexual, or unpleasant—too vulgar—to be consumed by the masses. The tragedy is that we lose touch with the original messages and tales that speak of coming of age or of the dangers of losing our instincts; they become pleasant bedtime stories instead of keys to our unconscious.

Take Cinderella, for example, a classic tale that most of us know. This is a story about an orphaned beauty who was tortured by her ugly stepsisters and stepmother, relentlessly, until a fairy godmother appears granting her wish to go to the ball, meet the prince, find love, and live happily ever after. That is, of course, after some sweet songs with birds and mice and an epic scene where the fiendish stepmother’s plot to keep Cinderella servile is thwarted.

An older version of the same story might be the Slavic tale of Vasilisa the Wise, who, like Cinderella, is left to the devices of the same set of jealous women, who eventually send her into the wilderness to what they presume will be her inevitable death at the hands of the witch, Baba Yaga.

The naive Vasilisa meanders off into the dark to fetch fire for her family—fire that the stepsisters had, themselves, put out in their scheme to get rid of her. Upon her way, a small doll (a gift from her dead mother) guides her, popping up in her pocket at key moments in the story to nudge her, yes or no. There is no cheerful fairy godmother to grant her wishes. There is a huge and terrifying effigy to nature, the culmination of all crones—massive and intimidating and just as likely to eat Vasilisa as to help her. But with the doll (her intuition) she completes the impossible tasks set to her using fortitude and discernment.

Real magic is as dangerous as it is helpful. It is the test of the character of the heroine that determines which she gets, and you better believe sweetness will only get you so far. Courage is required. In dealing with the old gods and with the true myths, it is the testing of our mettle that determines our fate—not our ability to supplicate benevolent forces. The forces of nature are primed to waken our instincts not weaken them.

Vasilisa gets the fire from the Yaga, a terrifying flaming skull, and upon her return to her wretched family, they burst into flames at the site of her accomplishments, which also reminds us that care and conscientious tending to our own business inevitably provides the best revenge.

Another tale—a cautionary one—that Disney sanitized is the Little Mermaid. In both the Hans Christian Andersen one and the newer version, a mermaid falls in love with a prince and gives up her voice to become human and have a chance at winning his heart. Of course, in the Disney version, true love conquers all including impaling one of the more interesting characters, the Sea Witch, while simultaneously teaching kids they don’t have to fulfill their contracts.

Hans’ version, however, would serve as a warning to women who are willing to give up something essential to them—their voice, their soul—for the chance of procuring love. For all her troubles and sacrifices, in the original tale, do not land the mermaid her prince but instead see her paying the price. In the end, she becomes nothing but sea foam.

How many women are living lives where they themselves seem nothing but foam—floating on the surface, ignorant of their own depths—deprived of what is essential?

Love that can be won by giving up what makes us most us is false love. Redemption that is attained through suppressing our most human impulses is false salvation. And the story that is the most dangerous to perpetuate is that we need saving in the first place.

These tales that warn us of giving up our instincts also guide us in the direction of maturity. Here, in the real world as well as the wild mythos, there is no fairy godmother who is going to grant us magical passage.

We’ll need our wits about us—minds, hearts, and guts—if we are going to make our dreams come true.