The Orgasm Gap: Why we need to Please & Feed the Clitoris. {Adult} 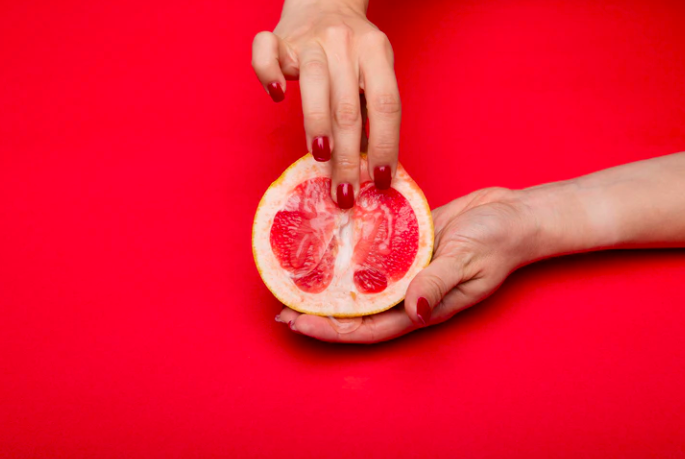 The portrayal of sex in 2020 is sadly unmodern.

In HBO’s “The Undoing” with Nicole Kidman, her husband comes home from “work” (actually coming home from fucking another woman), crawls in bed next to her, cries on her shoulder (after implying his young patient at the pediatric center has just died), and apparently needs a just a bit more solace, so he slips his penis into her from behind with nary a hand under the sheet to prepare her.

She “moans softly” according to the subtitle, while she understandingly kisses his hand, which is steadying her for his entry. Is she enjoying this? Being penetrated without as much as the obligatory twist of the nipple? Is she in pain? Probably. What man would tolerate being stroked on his dry private parts while his partner climaxes?

Why do we have to watch sex scenes like this? Women hate this kind of sex. The kind of sex where your partner uses your body for comfort no matter what mood you’re in. That’s why, once you get married, you are likely to have sex four times a year (or less) or even worse, never have sex again. If this is the sex on the menu, who would ever be hungry again?

Who is making sex scenes like this? And Nicole Kidman? Have you no say in how sex is portrayed in the projects you do? (Probably not. Though she was a producer on the show. ~ Ed.) Does any woman really enjoy sex like this? I think not.

Perhaps the best news on this front is the creation of the Clit Test Project: A project that rates on-screen references to the clitoris. It’s a scale measuring anything in print or on-screen media that has an actual chance of arousing someone with labia and a clitoris.

Two brilliant women, Frances Rainer and Irene Tortajada, frustrated at the lack of scenes in books, movies, and TV shows that acknowledge the clitoris as part of pleasurable sex. They created the pass/fail Clit Test to note any depiction of a hand or other part of a human touching a woman in that nether region.

They are declaring a challenge to the prevailing view that sex is only real sex if it involves penis/vagina penetration. In a culture obsessed with sex, the fact that 80 percent of women can’t climax with only P/V penetration seems to have escaped the male gaze of those producing media in this country.

Even when movies do portray foreplay prior to intercourse, it goes like this: maybe kiss, maybe foreplay, definitely penetration, definitely male orgasm, end of sex scene. (Or maybe a fake female orgasm because there is never enough time devoted to the woman’s pleasure to make most women come).

So, the rest of this article is for people who love cliteri:

Dear men and others who love cliteri, listen up:

Eighty percent of women do not climax through penetration alone. Manual or oral or mechanical stimulation is needed—sometimes for a long time. Even 45 minutes or more!

You may be distressed or even angry that there seems to be a mismatch in sensual appetite. One partner (maybe you) wants more sex more often than your partner does. (Apologies to transgender people; I do not know enough about males with clits and labia, and females with penises to comment on what kind of attention and pleasure is desired. It may be much more individualistic than the trends I speak of here.)

And here I speak loudly:

However, and equally loud, there is help to be had!

I promise, if you go to the trouble of learning how to hit that spot in the middle of the spot of the spot, and hit it for a looooong time, your lady parts owner will thank you forever and will transform before your eyes. And she’ll probably want to have a lot more sex.

Hey, here’s an idea. Since those with a penis seem to have gotten along all these years with an orgasm gap of approximately 40 percent (meaning that for every 10 climaxes a penis owner has, a clitoris owner has six or less), what if you made it a daily practice for a while to get your person with the lady parts off every day for say, a year or two or three? And getting her off with no goal in mind. Get her/them off and let them go back to what they were doing. Just see what happens.

Learn Orgasmic Meditation, Deliberate Orgasm, or Extended Orgasm—all those methods teach would-be clit strokers how to hit the spot and stay on it. Your clit owner will learn how to feel her body (after what might be a period of unfreezing her lady parts) and realize the invitation to tell you what feels best is a win-win.

It will open up communication in the rest of your relationship as well.

My bet is that you both will become happier, more passionate, more creative, more grateful, more alive, and more sensual. 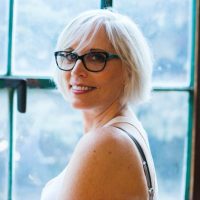 Kay Vogt is an evolutionary thinker, coach, and visionary. She ardently supports bringing more feminine vision and values into being, which is necessary to balance the current… Read full bio