5 Eye-Opening Lessons from a Biracial Marriage. 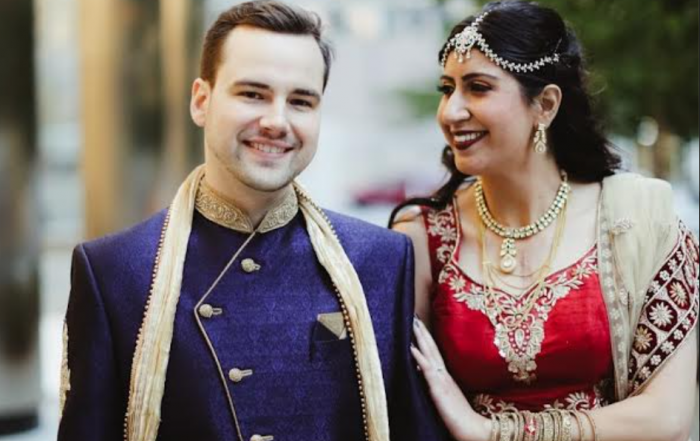 I am married to the greatest guy in the world.

My husband is giving, compassionate, kind, and one of the funniest people you’ll ever meet. He is also white, and if my name isn’t a dead giveaway, I am not. Before we were married, I believed that our racial differences didn’t matter. We’ve both always prided ourselves on the fact that we are a biracial coupling, daring to go where few people go—breaking down barriers and challenging stigmas for the ones after us.

But over the past few years, differences that seemed small or inconsequential have become magnified when you factor in families, friends, and societal norms. At times, it feels like you have your own cheerleading squad. At others, it feels like our relationship is disputed territory over which cautious factions are delicately trying to gain a foothold. These factions have their roots in colonialism and while those forms of colonialism are long gone, their echoes reverberate today—sometimes within a marriage.

Lesson 1: Being self-conscious about your background is inherited racial trauma.

When my husband and I first traveled to India from Toronto, I remember his excitement and the queasy knots of dread in my stomach. Having grown up in the United States and Western Europe before moving to Canada for college (where I met my husband), I had cautiously made every effort to keep the Indian parts of me buried deep within, choosing to highlight my years spent in countries like Switzerland and Austria. Now we were on our way to meet my grandmother in New Delhi, and there was no escaping the heat, sounds, smells, vibrancy, and chaos that is India.

I needn’t have worried. It was like my grandmother had read my mind. The best room in the house had been made up for Ryan, his en suite bathroom had been renovated (I’m not kidding), and brand new bedding had been ordered for his bed. My family is hospitable. We aren’t that hospitable. It was then I realized that in many ways my family probably had some of the same worries I did. Here was a white man coming into our ancestral home and we were all afraid of not measuring up.

Marriage is full of compromise, and a biracial marriage is no different, except that so much compromise is about making space for cultural differences. Whether it’s holding space for six holidays a year instead of three, or having to explain to your husband that your parents visiting for four weeks at a time and living with you is considered short in your culture, or having to tell your parents that the family needs to go to five Christmases every year to cover parents and step-parents—there are so many ways cultural differences become the reasons you’re making compromises in a biracial marriage.

Lesson 3: You become more attuned toward small acts of racism.

This one might be controversial, so bear with me. As a person of color, I’ve faced my fair share of racism. I’ve known it exists since I was old enough to have a talk with my parents about why some people don’t like us simply because of the color of our skin. But that doesn’t mean I’ve always recognized it, especially in places where racism isn’t overt. Living in Toronto, a diverse, multicultural city, I thought I had found a place where racism wasn’t rampant. Until I met my husband. Living in close proximity to a person (a man nonetheless) of the dominant group you start to see many, subtle ways in which people of color are overlooked—unheard and underrepresented, even in spaces that espouse diversity and inclusion. You see it in the quizzical looks at parties when you mention you’re married to a man named Ryan Miller. You see it when people tease your husband for liking “exotic” women; you see it in countless ways every day that continue to remind you that racism is still so deeply entrenched in our society.

My husband and I have an awesome, progressive group of friends. But most of them are married to or dating people within their own cultures. This isn’t a good or bad thing—it just is. A few years ago, we all went to watch “The Big Sick,” written by Kumail Nanjiani, a Pakistani-American comedian who fell in love with and married American writer and producer Emily Gordon. The film is loosely based around their inter-ethnic love story and the cultural challenges they must face as a couple. After the movie, one of our friends asked us if these were the types of challenges Ryan and I face. Although I was surprised at the time because it seemed obvious to me that people would understand we would have to deal with cultural differences, I’ve since come to realize that marriages are deeply nuanced and unique. A biracial marriage is unique in its set of challenges and many of those challenges don’t seem as obvious when you’re young, in college, and in more progressive academic circles—spaces where our early relationship was nurtured.

Lesson 5: It’s completely worth it.

Even though you hold the spice in your cooking or argue over what you’ll name your imaginary children or lie awake wondering if those kids will even look like you, being in a biracial marriage is an incredible adventure. Not only do I love my husband for who he is, but I also love the fact that we are on this journey together, navigating the complexities, challenges, and triumphs of one of the hardest and most rewarding challenges any two people take on. While the concept of biracial marriage is nothing new, it seems that the conversation is evolving as more people marry outside of their race.

And then, of course, there are days, where like all healthy marriages, love is an island, and the grass grows lush and wild in places you choose to water. 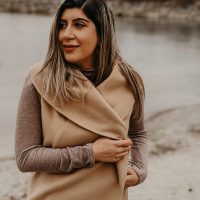 Poorva Misra-Miller is a writer, podcaster, and the founder of Women in Our Town, an online platform for un-silent women to own their stories. As an Indian Canadian, Poorva is… Read full bio

If you Know you aren’t Racist, watch this Blue-Eyed, Brown-Eyed Test. Ghosting, Icing & Simmering: How Modern Love has changed how we’re being Rejected. Gaslighting: The Mind Game Everyone should Know About. Lean on Me: 12 Things to be Mindful of when Offering Emotional Support. Brown Silence: The Next Tier of Racism in America?
See relevant Elephant Video