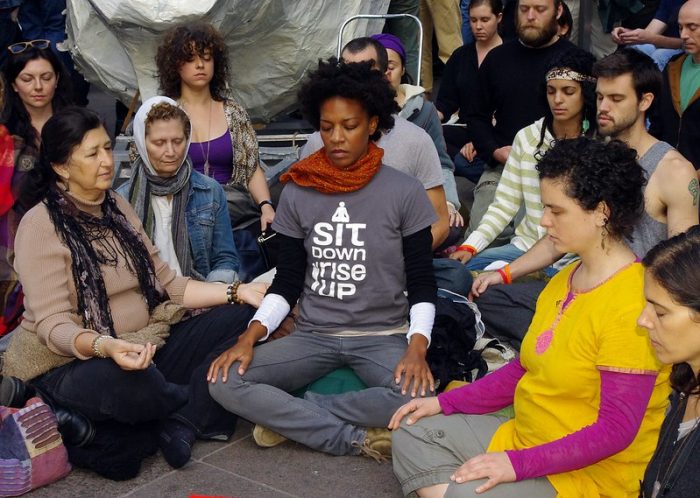 When I first started practicing yoga, I believed there was one goal, and one goal only: heal thyself.

This became my sole mantra, but soon I learnt that there was so much more I needed to be doing.

My belief that yoga was only about self-development was confirmed as I traveled the world, moving amongst communities who echoed this same solitary goal as mine: heal thyself.

The people I met at yoga schools, shalas, ashrams, festivals, and intentional communities all seemed to be striving for the same thing. It was almost as though there was this prevailing belief that all we had to do was simply be yogis, and then that would be enough to magically make all of the problems of the world go away.

I soon realized that yoga is not just about wellness and healing, although from the outset it may seem that way. In addition to healing, yoga also asks us to cultivate compassion and peace, and sometimes these things need to be fought for.

Yoga, I’ve discovered, is also a social justice movement. Or at least, that’s what it should be.

Many years after I began practicing yoga I realized how single-minded the “heal thyself” perspective was. It was limiting and restrictive, preventing yogis from really getting out there to do the hard work that social justice requires.

As my yoga journey deepened, so did my self-inquiry on this topic. I began to wonder a cacophony of things:

If yoga is about reclaiming the self, and developing the self for the benefit of all beings on Earth, then shouldn’t yogis have the interests of all beings at heart, whether on the mat or off?

Why were so many “spiritual” people I met focused more on their asanas—more on themselves—and less on the social justice movements of marginalized groups?

As yogis (who may or may not come from lives of privilege), isn’t it our duty to go into the margins of oppression, to help fight for others so they can also eventually realize themselves, like we are doing?

Only in recent years, as the division in the world has widened, have I—and many others—begun to realize that yoga is not just about the self. Yoga is about the whole. And until all individuals inside of “the whole” no longer need to worry for their safety, their lives and no longer need to fight social injustices like racism, sexism, and homophobia (to name a few), we as yoga practitioners have a lot of work to do in order to make sure all individuals are included in this movement.

As a person of privilege, I wasn’t aware of current social justice movements until my early 20s, which now seems unbelievable to me. Before then, I had been living unaware, moving in circles of mostly white, middle class Australians. Everyone in my world came from stable, mostly nuclear families, had jobs with good wages, access to cars, money, and affordable education. I was lucky, young, and blissfully ignorant.

It was only when I started to travel and see the world (often as a solo woman), that I realized not everyone had a life as cushy as mine—not even close. I traveled to India and saw beggars without limbs, children drunk and passed out on the side of the road with no one doing anything about it. I saw mothers begging tourists for money in Bali, and corrupt police officers take advantage of local people in Sri Lanka.

Last year I saw a video of a man being murdered by a police officer crushing his throat, and headlines of a woman being shot in her sleep. Then, I saw hundreds of reports of “Indigenous deaths in custody” right here in my home country. Not only had I never experienced such hardship myself, but I hadn’t even known that these hardships were happening. How did I miss all of it for so long?

While knowing this fact suddenly illuminated a new level of personal gratitude for the life I had been born into, it also left me with a sinking feeling. I thought: maybe if we are people who can do more, we should do more. And maybe I am one of those people.

I could’ve very easily switched back into the mode of nonchalance, the mode of not caring about all of those things that I saw out in the world. The mode of blissful ignorance and apathy. It would be easy—more than easy. I could “turn a blind eye” and slip right back into my regular life like nothing had happened. But knowing the tenets of yoga—that the goal is to spread compassion and enlighten all beings—and knowing what I know and seeing what I saw meant there was no chance of going back to turning the other way.

Yoga provides so much nourishment for people all over the world. But yoga also asks something of us, however subtle that message may be: to fight injustices. Because when we lift others up, we lift ourselves up. The suffering of others is not separate from the suffering of the individual. And connecting the dots of yoga and social justice has never been more urgent than it is right now.

I have adapted my “heal thyself” yoga mantra over time. Now it goes a little something like this:

Do yoga and go to a protest. Be vegan and have a hard conversation on racism. Meditate daily and donate money to causes.

When we recognize that it’s all part of the practice—part of “the work”—when yogis begin to live as social justice warriors, we come closer to our goal of compassion and peace for all.

No one needs to be left behind. 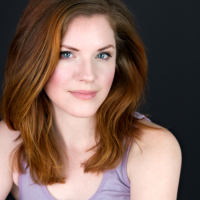 Shannyn Warren is a writer and artist currently living in Melbourne, Australia. Her interest in meditation, yoga, and the creative arts provides the driving force for her life… Read full bio