15 James Dean Quotes on Life & Purpose to Remind us Who we want to Be. 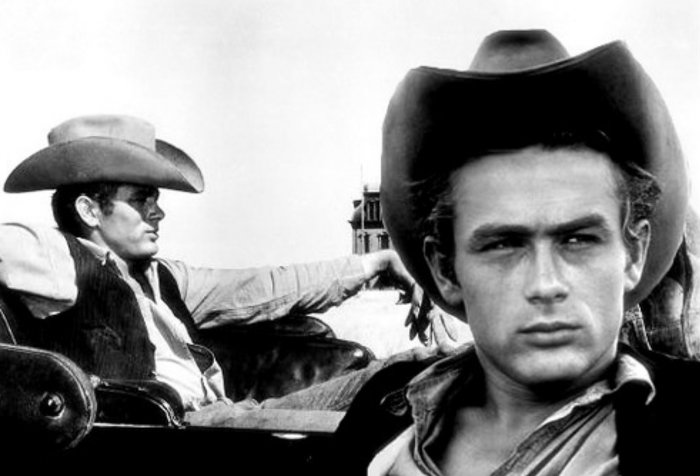 Ever since I first learned of his existence after watching his most well-known film “Rebel Without a Cause” in my high school English class (one of only three movies he ever made), I was immediately in awe and instantly smitten with the young man on the screen who acted with so much intensity, so much realness—and I became obsessed.

I later wrote a paper on his life, and standing nervously, shakily, the shy and awkward person that I was (or still am), at the front of English class, reading it aloud because I thought he was so fascinating. Fascinating and tragic.

He lived fast and died young at the age of 24, forever immortalized after an awful car accident as he sped along the highway in California in his race car after wrapping up his final movie “Giant.”

Ironically, during the filming of “Giant,” he did a safe driving PSA (public safety announcement) where he ends with saying, “take it easy driving—the life you save might be mine.”

Sadly, he never took those words to heart, and it was the cause of his death.

He was so full of soul, and mystery—from the iconic image of him in his red leather jacket, casually leaning with a cigarette in his hand on the poster of “Rebel Without a Cause,” to the moody picture of him strolling down the middle of a street in a long, wool coat in the image titled “Boulevard of Broken Dreams,” to the stunning torn sweater series for Life magazine.

He was more than just a movie actor. He was a creative all around; he was a photographer, painter, race car driver, and musician—maybe Matthew McConaughey was channeling Dean with his infamous bongo-drumming, as James was a bongo enthusiast too.

He was just trying to figure out who he was, as we all are.

Over the years, I’ve read and watched various biographies, articles, anything I could get my hands on about him. I remember when my husband and I were on vacation in California and driving along the highways, it was eerie when we passed the stretch of road where Dean had met his grisly end in a horrific and freak accident, and I realized where we were.

I sometimes wonder whether James Dean would be the indelible actor that he is had he not lived fast and died young and instead lived on into old age. He remains the only person to receive multiple posthumous award nominations.

Despite his tender age, he had lots of deep insights. Here are 15 quotes by him about life and purpose:

1. I am trying to find the courage to be tender in my life. I know violence is weakness. Only the gentle are ever really strong.

2. If a man can bridge the gap between life and death, if he can live on after he’s dead, then maybe he was a great man.

4. Trust and belief are two prime considerations. You must not allow yourself to be opinionated. You must say, “Wait. Let me see.” And above all, you must be honest with yourself.

5. There is no way to be truly great in this world. We are all impaled on the crook of conditioning. A fish that is in the water has no choice that he is. Genius would have it that we swim in sand. We are fish, and we drown.

7. The gratification comes in the doing, not in the results.

8. Remember: Life is short—break the rules (they were made to be broken).

9. Forgive quickly, kiss slowly, love truly, laugh uncontrollably and never regret anything that makes you smile. The clouds are lined with silver, and the glass is half full (though the answers won’t be found at the bottom). Don’t sweat the small stuff. You are who you are meant to be, Dance as if no one’s watching, Love as if it’s all you know.

10. I think the prime reason for existence, for living in this world, is discovery.

11. The only greatness for man is immortality.

12. Death can’t be considered because if you’re afraid to die, there’s no room in your life to make discoveries.

13. My purpose in life does not include a hankering to charm society.

14. Am I in love? Absolutely. I’m in love with ancient philosophers, foreign painters, classic authors, and musicians who have died long ago. I’m a passionate lover. I fawn over these people. I have given them my heart and my soul. The trouble is, I’m unable to love anyone tangible. I have sacrificed a physical bond for a metaphysical relationship. I am the ultimate idealistic lover.

15. If you’re not afraid if you take everything you are, everything worthwhile in you and direct it at one goal, one ultimate mark, you’ve got to get there.