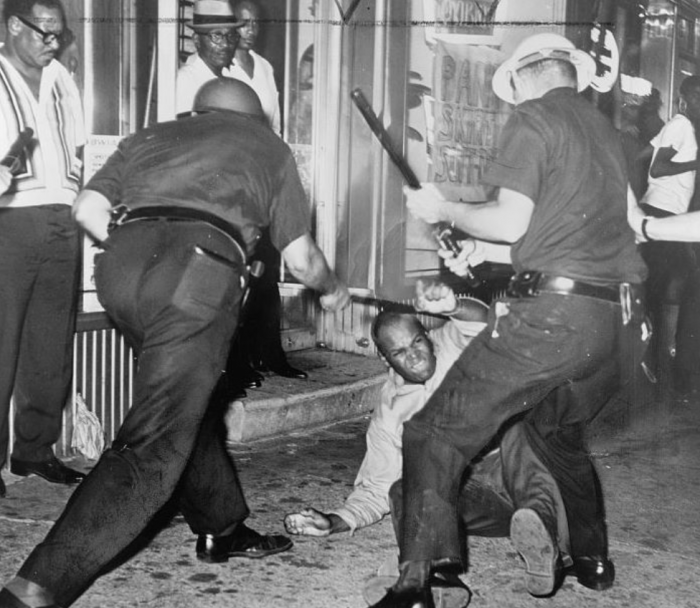 When most white Americans think about racism in our country, their immediate reaction might be to conjure up images from the 1960s of noble, nonviolent Black demonstrators integrating Southern lunch counters and water fountains.

After which, they can soothe themselves with Dr. King’s “I Have a Dream” speech. Unfortunately, the legacy of racism in our country goes far deeper and is uglier and ingrained.

Let me reassure you that this isn’t some generic white shame screed.

I have never believed in collective guilt, and no Anglo-American today bears responsibility for the racial caste system put into place long before the Declaration of Independence was penned. They do, however, if they knowingly perpetrate it or support a political leader who openly advocates white supremacy.

That said, I’ve found that there is a difference between deliberate racism and unconscious prejudice.

Most humans experience the latter, and in the course of my long life, I have heard derogatory comments from every ethnicity possible aimed at other identities. The “we and they mentality” apparently is hardwired into our mammalian mentality.

Everyone reading this, no matter how progressive they think they are, has inaccurate and less-than Gandhian thoughts about some designated other. I admit to my own, but acknowledge my need to work on them and make sure they don’t leak out. Prejudice only becomes pernicious when it is acted upon with the intention to harm another person and deny his or her God-given humanity.

But the American racial caste system, brilliantly captured by journalist Isabel Wilkerson in her book Caste: The Origins of Our Discontents, was deliberately put in place centuries ago and relegated African-Americans to the same dehumanized status as the Untouchables in India and the Jews in Nazi Germany.

In fact, when the Nazis first took power in the early 1930s and were promulgating their race purity laws to marginalize German Jews, they looked to American race statutes for guidance (some of which the Nazis actually found to be too harsh.)

It would be comforting to consign all white racism to slavery and dismiss it as something that happened long ago and far away. The truth is that the most vicious forms of it occurred after slavery was abolished, and it is neither ancient history nor exclusive to the South. Both my parents were alive when lynching some poor innocent was habitual across the United States. I was five when Emmett Till was savagely beaten to death for whistling at a white woman.

It might be hard for even the most bigoted American to comprehend that the lynching of innocent Black men was not something that happened in the dead of night, perpetrated by a small group of Klansmen. In fact, lynchings were public celebratory events, “part carnival, part torture chamber,” attended by the town fathers, police, teachers, judges, shopkeepers, and schoolchildren.

There was even a booming business in lynching postcards where you could send photos of the atrocity to friends and family members. Photographers were notified in advance to capture the event, and in some cases, body parts of the victim were collected as souvenirs.

These barbarisms were not happening in some rural region of Somalia or Afghanistan, but in the United States, a land that was supposedly conceived in liberty and self-evident truths that all men are created equal.

The only problem was that African-Americans were never seen as fully human by those who once enslaved them and, even today, by those who consider it legitimate to arbitrarily murder them. Lynching was the more extreme form of terrorism used to remind Black Americans of their place at the lowest rung of the caste system, and that terrorism is by no means a thing of the past.

The mindset behind the ubiquitous brutalizing of African-Americans was that they were a defiled race and that their white peers would be contaminated by any physical contact with them. It was common even into the 1950s in the Midwest and Northeast for municipal swimming pools to be emptied and disinfected after its use by Black swimmers.

Throughout World War II and until 1950, the Red Cross kept separate blood banks of white and Black donors so the latter would not pollute the former.

One could go on and on. But again, the point is not to inspire white shame but to remind us that white supremacy remains a moral threat that has reemerged into the open over the past years. And not just to African-Americans.

Thanks in part to Donald Trump’s labeling the COVID-19 pandemic as the “Chinese Virus,” attacks on Asian-Americans have skyrocketed nationwide.

In conclusion, white supremacy was wired into the American caste system from the beginning of our history, rationalized by both church and state, and carried out by otherwise decent people.

It’s now the responsibility of Americans of good faith to snip those wires and live up to the values that America declares to the world.