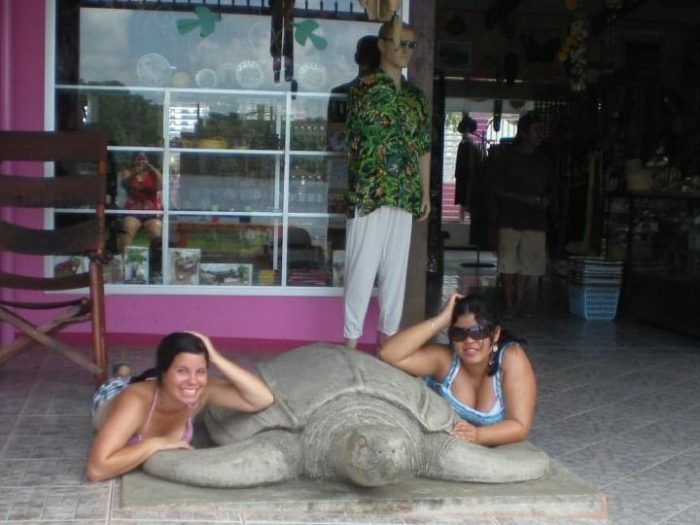 I’ve wanted a mother too. I finally got both when I was 16.

During my sophomore year of high school, I attended a presentation about studying abroad, and afterward, it was all I could think about. The idea of learning another language and traveling excited me, as did living with a host family.

I went home that afternoon, daydreaming and looking forward to talking about the possibility of spending a year abroad.

However, my family was not excited.

“Good luck with that,” were the words I received with a smirk.

I don’t know why I thought I’d get a different answer.

Crying alone in bed that night, I thought about all the ways a 15-year-old could make money. I was pulling weeds at the neighbor’s house, but it would take years to save the 10,000 dollars I would need.

As I lay there crying and frustrated, I thought about what I was good at. There wasn’t much. I wasn’t artistic, and I wasn’t old enough to get a job.

I stayed up late thinking until my love for baking came to me.

I smiled as I told myself I’d make and sell banana bread.

The next week, I began doing just this.

In the beginning, grocery stores wanted to support me and gave me the ingredients for free. After I was doing well, I paid for my own ingredients.

On the weekends, I made and sold 100 loaves, each for four dollars. I priced it this way, as many would give me a five-dollar bill and say, “Keep the change.”

After eight months or so, I had the 10,000 dollars I needed to pay for an exchange year abroad in Costa Rica.

While I had wanted to study abroad to learn Spanish and travel, I reflect back on this experience and realize that the greatest gift I received was experiencing secure attachment for the first time.

My sister, Lau, was 19 when I met her. Right away, I became attached. Beautiful with long black hair and a welcoming smile, she radiated safety and unconditional love.

She picked me up in June of 2008 with her mom in the city of Guápiles, and together, we all boarded a bus home to Cariari. On the way, my sister giggled and looked at me with curiosity, as if she had work to do.

The first thing she did that day on the bus was reach into her hair, take out a bobby pin, and pin my uneven bangs that ran across my forehead to the right side of my head. Gesturing to me to let them be, she continued to giggle.

She then pointed outside the window at a black and white animal and said “vaca” before saying “moooooo.”

I didn’t speak Spanish at the time, but we were both knew we were looking at a cow.

I began to laugh with her—tears streaming down our cheeks, and right then and there, I knew we were going to be great siblings and likely best friends.

Lau was protective of me. I had just turned 16 when I moved in with her and her mom, but I could have passed as 13. I was thin with no makeup, loose clothes of a child, and timid.

I carried a yellow pocket dictionary with me, but it didn’t help much in communicating. Instead, I learned through experiences like the cow one.

When I first moved in, Lau would send me daily to the panaderia (bakery) with a list of items to get for breakfast—usually two baguettes, butter, cheese, ham, and some orange juice. I would pass the list to the person working without saying much until little by little, the list got smaller because Lau would no longer write them all down. Instead, Lau would tell me the words of what I needed to order verbally.

I always began with: “Buenas días.” I would then go on to order the following:

I would chit-chat with the women working, and over time, I began to converse with little effort.

In addition to going to the bakery, Lau took away my Taylor Swift CD and said I could have it back once I became fluent. I didn’t get it back for six months.

The neighbors were always warm too and would greet me every morning with “Pura Vida.”

I was known in town as “la macha” or “the blonde one.” Others called me gringa (the American), or the name my family and school friends called me—Rebe. I loved all my names, and I truly loved my home and community.

My host sister was not only a sister to me. She had a motherly quality that I loved. She was known for this motherly warmth about her by everyone in town, and when I arrived, she gave it to me. She hugged me, fed me, forced me to learn to dance salsa and bachata, and pushed me out of the obedient role that I was used to taking on, and she encouraged me to become a woman.

A year later, I had swapped my clothes out for form-fitting ones, used eye-liner daily, and had experienced kissing a few boys. I walked differently, too—I held my head up, moved with confidence, and smiled at the world with so much love for life. I didn’t know it at the time, but my sister had given me what I needed to thrive—a secure internal working model of attachment.

In the summer of 2009, after 11 months with my host family, it was time to return to the United States. The entire family rode with me that day to the airport—my host mom, host sister, Lau, my host brother, and his wife, and my niece.

When I arrived home in Seattle, I was different. Black hair, large hoops in my ears, the right clothes, and a different hop to my step, I had changed greatly that year. I had grown into a beautiful independent woman, something not accepted by those around me.

I’d like to say that I stood firmly in my new self, but over time, I reverted to my old submissive ways. I fell asleep, though, every night with the pillow my host sister gave to me and told myself that one day we would feel that free again.

Fast forward 12 years, and I feel free. I left my home eight years ago and have not returned, and in this time, I’ve woven together the most beautiful family and returned “home” to Costa Rica. I now have a Brazilian family, a Costa Rican family, and a Mexican family, and I wouldn’t have it any other way. I still struggle with leaving these families each time our visits come to an end, but I am beginning to be able to hold onto their secure attachment when I am on my own.

For some, the greatest gift of studying abroad may be experiencing a new culture or learning a language. For me, it was truly feeling loved for the first time. There is no greater gift you can give your child or an adult with a hurt child inside.

My attachment style may still be “disorganized,” but little by little, with the love from this international community, I am healing. 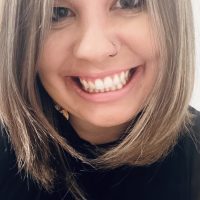 Rebecca Donaldson is a confessional poet, a Speech-Language Pathologist, and a PhD student in Developmental Psychology and Evaluation. Her research interests include adverse c… Read full bio