What Tibetan Monks & Nature can Teach us about the Fear of Missing Out. 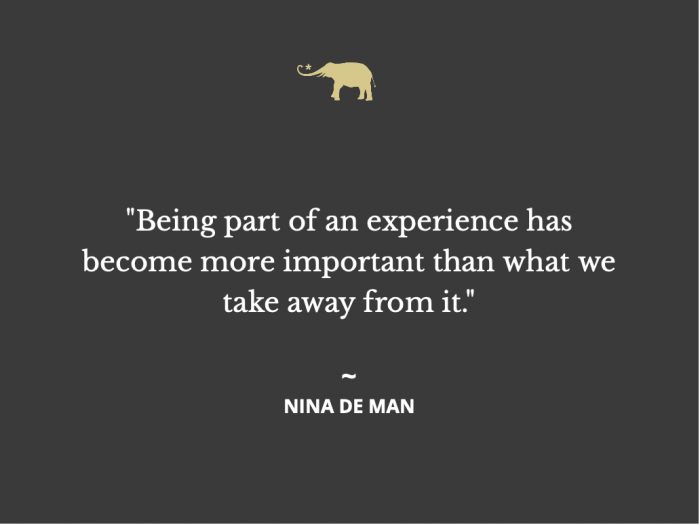 It takes Tibetan Buddhist monks an astonishing amount of time and patience to make what is referred to as a “sand mandala,” a huge geometrical work of art that symbolizes the origin of the universe and the dwelling place of the gods.

The ritual can take up to several months, turning the whole thing into a profound meditation process whereby the monks train their minds to reach a state of enlightenment. It’s beautiful, ephemeral, and meaningful all at once.

It’s as if you’re watching a garden grow, only the garden is entirely made up of shapes and colors you find hard to describe, and the flowers are out of this world. It’s an experience similar to observing a formation of ants frantically gathering food, defending their colony, or protecting their queen.

If you’re willing to give in to the orchestra of movement, there is something soothing about the performance. As a bystander, you don’t have the first clue of what’s going on, but you’re deeply entranced by the seamlessness of the spectacle.

Even though most people will agree that this level of dedication is quite impressive, admirable even, applying this all-or-nothing kind of attitude to their own area of expertise is a whole different ball game. Unless someone presents us with a clearly defined return of investment (ROI) that actually merits this level of commitment, there is little that will motivate us toward putting in the hard work.

I am generally speaking, as there are always exceptions to the rule, but there is usually an element of madness that gets attributed to genius. No one in their right mind would commit to recreating the universe unless, of course, you’re a Buddhist monk—or Stephen Hawking, Albert Einstein, or Mother Theresa.

Mastering perfection by devoting huge chunks of life to detail simply doesn’t resonate with the baseline of modern Western society.

It clashes with our belief that our minds, not our souls, deserve all the attention. So we go about collecting experiences, reading the same books, and watching the same shows, only to have the same conversations on the same message boards.

This all results in remarkably dull conversations, but at least the coffee’s good. And nobody needs to admit to suffering from the anxiety that results from the idea that we might be missing out on something big.

There is absolutely nothing wrong with being part of a herd: it seems to work just fine for sheep. Identifying with a group is what makes us cheer for our favorite football teams, it gives us tradition, family, and memories to fall back on when all else fails.

But even in a formation of ants, there is a strong division of labour. Some are workers, while others lay eggs. There are even those who take out the trash, so others can focus on defending the nest or take care of supplies. As an outsider, you’re completely unaware of the complexity of the colony’s hierarchy, but it’s there nonetheless.

Sticking to what each individual ant does best is what keeps the formation together. It’s when we start mistaking the collective for the individual that things get fuzzy—and complicated.

We have somehow taken the idea of sharing experiences for the sake of connection to a whole new level. Being part of the experience has become more important than what we take away from it.

The orchestra of movement has drawn us in, but our regard for the hard-working lamas and ants is no longer in proportion to the effort they put in. We have become so entranced by the allure of the big picture that we seem to have selectively forgotten about what it takes to set such passion aflame.

Devoting your life to being the top of your league might be a sheer act of madness, but it’s also the highest form of love.

Sadly, we are part of a system that is geared toward getting us all pumped up for the next big thing. By constantly tapping into our sympathetic nervous system—that’s the part of the nervous system that can potentially save us from being eaten by an angry dinosaur—society keeps us all moving in the same direction, hungry for that next hit of adrenaline.

Missing out is proportionately worse than the idea of being eaten by an angry reptile, so we happily trot along to where the magic is happening.

Our bodies aren’t meant to feel as if they’re under constant attack. The truth of the matter is that being in a permanent state of arousal is draining. There’s only so much the sympathetic nervous system can take.

It’s great when dangling from a large elastic cord, hanging upside down from a tower in China or a bridge in New Zeeland, but at some point, it should also be turned off.

There is a higher purpose to being human that has little to do with being perched on a tower bridge. Challenging acquired beliefs and coming up with your own set of standards is a great way to start discovering a brave new world.

There’s one more thing you need to know about Tibetan Buddhist monks; aside from being perfectionists, they are also very big on nonattachment. As soon as the sand mandala has been created, it is completely destroyed.

Another act of madness that teaches us that, aside from relentless focus, there is nothing wrong with occasionally starting from scratch.

In other words: there is no point in clinging onto what no longer serves us, so let the FOMO go. 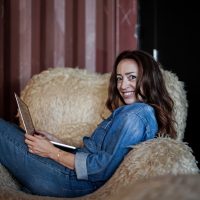