As a straight Dude, this is what Pride Month means to Me. 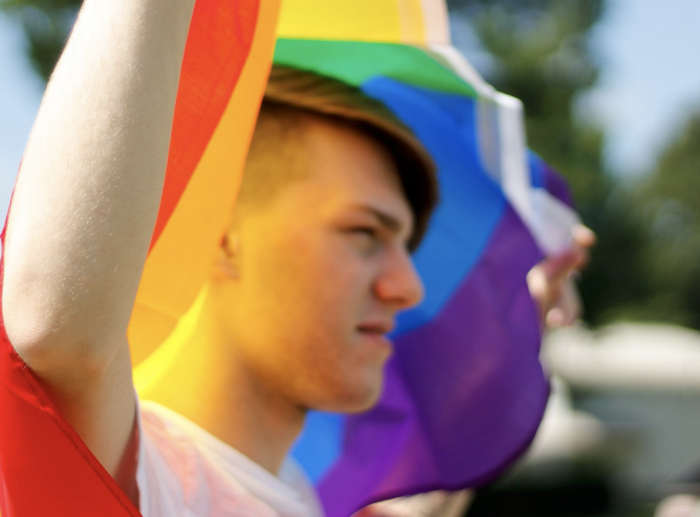 And I wanted to take this occasion to tell the story of a boy I once knew and who changed my life in some of the most profound of ways.

When I was 13 years old, my family moved to a different town. I was a bit awkward.

I’m now sure that everybody that age feels a bit weird. But, at the time, I thought that I was special in that way. I had curly, red hair. I was borderline pudgy. I had pale skin. And it felt as if I were the only person with acne in the entire world.

I’m not going to say that I was picked on or bullied any more than anybody else. As a matter of fact, I was also guilty of being a bully. I only had one friend, and I was alienated by myself.

One day, a couple of kids were calling me names.

It was my nature to sometimes act out physically, but then this kid that we will call Johnathan (not his real name) stepped in and told the boys to lay off me.

He had great clothes on and the most bitchin’ New Wave hairstyle. I mean, Flock of Seagulls status. He was the most popular boy in school, and everybody listened to him. He was the coolest kid, and I just couldn’t understand why he would help out a scrub like me.

I began watching this kid as he dealt justice across campus. He was like a 14-year-old King Solomon.

This is how cool he was: he rented a limo for his date to one of our middle school dances. The rumor was that he had copious amounts of sex with his girlfriend in that limo and that he was completely committed to her. He smoked clove cigarettes. He danced like Michael Jackson. I mean, the dude was a straight-up pimp.

As we grew up, we went to the same high school. We didn’t hang out; I was not in his league, but no matter what, Johnathan would high-five me if we passed in the hall between classes. People would notice. I got a lot of credibility out of that. This was one good dude.

Johnathan had a best friend who I was kind of jealous of because they were inseparable. This kid was really good-looking. Instead of a new wave hairstyle like Johnathan’s, this guy had a surfer kind of thing going. Feathered blond hair and a flair for fashion. He could have been a model.

One Monday, I came to school, and everything was different.

People were crying, and girls were comforting each other. Boys didn’t do that kind of thing in the 80s—emotions were thought of to be gay. And nobody wanted to be a fag.

He was 15-years-old. I was stunned, shocked. A boy my age took his own life. A boy who had shown me such undeserved kindness. What in the actual f*ck?

I was walking in a daze to the place where my friends and I would hang out during breaks, and I saw my buddies.

Then one of the more repulsive boys in our group said, “Yeah, they found him with sh*t running down his leg. Haha.”

And that’s when I punched him in the face, blood splattering the walls. It was automatic. I was sorry as soon as I threw the punch—Johnathan wouldn’t have done that.

He would have told me that the boy was just dealing with his own grief. No one told on me. I guess I am finally telling on myself.

I would later find out that the school security guard had found Johnathan and his best friend kissing behind the school.

The security guard tracked down Johnathan’s father by getting his number from the office and told him what his son was doing.
He did this in front of Johnathan, whose dad demanded to talk to him on that phone.

The guard gave him the phone. The story I heard was that Johnathan’s father was extremely angry and screaming how no son of his was gay. But as I wasn’t in the room, I’ll never know exactly what was said or how it impacted Johnathan.

Johnathan rushed home and hung himself in the garage before his father could confront him face to face.

I would quit school no more than a month after. I thought it was because I just hated school, but now, 33 years later, I realize that I just couldn’t walk those halls. I couldn’t be reminded of a really bitchin kid who had courage, grace, and beauty.

A kid that would stand up for anybody but who just couldn’t face being out of the closet during those cruel years of the 80s.

I think that in some ways, things are a bit easier for our queer kids today, but, man, do you know how many untold lives have been lost?

How many beautiful, talented, transcendent souls have been lost because of our inherited discrimination?

I don’t know either, but I am glad to have finally been able to tell Johnathan’s story.

Pride Month means this and so much more. No kid should die because he or she is in love with someone of the same gender. I have family and friends who are gay or just simply non-binary.

I have students who are still struggling to live their lives authentically.

Pride Month is a time for all of us—particularly us straight folks—to reflect on a tragic past and the possibility of a joyful, truly gay future. 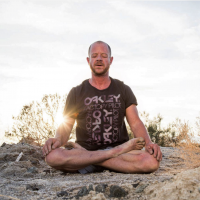 Scott Underwood holds an MA in English, MFA in Creative Writing, and a 500-hour RYT Certification from Yoga Alliance. He is a professor of English, Critical Thinking, and Comm… Read full bio