My Daily Grief Ritual during a Climate Crisis. 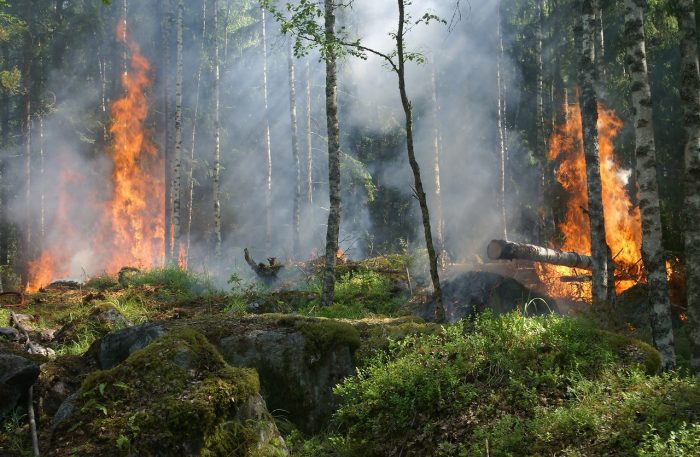 Portland, Oregon, and its suburbs rest on traditional village sites of the Multnomah, Kathlamet, Clackamas, Chinook, Tualatin Kalapuya, Molalla, and other bands and tribes.

Visit Portland, Oregon, in June, and the forecast is for high temperatures well over 110 degrees Fahrenheit.

Yes, Portland, not Phoenix. Mossy evergreen forests, not the land where long shadows hang off of saguaro cactus that stand over prickly pear.

Our last climate crisis was September last year. We learned of the fires first, then the smoke drifted northward. It was hazy, but I could still see Mt. Tabor, a 500-foot-tall mountain about a half a mile away from where I live.

The following day, the air was thicker, I smelled the burning trees when I went outside, and I couldn’t see Mt. Tabor. The next day, the smoke was even thicker, the color moved from grey to brown, and I couldn’t see down my street to the stop sign at the end of the block. Nora and I were starting to assemble bug-out bags from our camping gear and food stash.

I looked at the weather app on my phone and saw the air quality index had reached 591. It was so high, it was hazardous. So high, we had the worst air quality in the world, by far, by say 300 points. I would look out my windows and try and see how far I could see. After about six days of the fires, I could see maybe as far as 100 yards in any direction.

It looked like thick fog, but it was smoke. You could smell it in the house, as it seemingly flowed in through any crack. Nora and I duct-taped around the edges of our closed doors and sealed ourselves in. As it was the pandemic, we had tons of food, but we didn’t have clean air in our home.

Each day was the same: wake up, look out, no relief, AQI was so high, and the smoke remained like thick, coastal fog. My mind went to the houseless Portlanders. They live in blue tarp structures, old RVs, tents, and other handmade structures—real DIY. How was their health? How would they survive?

It was so much to think about and feel. The smoke wrapped itself around homes, bodies, light posts; it blanketed the trees and filled up lungs. I tasted the ashen trees of the Clackamas River watershed, while humans huddled in tents and lay on cots in gyms.

Neighbors peered out the windows of houses, hoping for the blue skies, wishing for a break from the smoke. Rural residents outside of Portland, near the fires, were blaming ANTIFA activists, forming ad hoc militias, and blocking two-lane highways with checkpoints. Our forests were burning, there was finger-pointing back and forth on Twitter, and I observed humans in conflict, blame, and anger. I was feeling grief, and I was asking myself again, “Is this collapse? Will this be slow or rapid collapse of the living systems on Earth?”

A week later, the air returned to healthy levels, evacuated people were allowed to return to their homes, or where their homes once stood. I thought about the grieving rituals that Joanna Macy has been facilitating, teaching, and writing about for the last few decades. All summer before the fires, I woke early each day to beat the oncoming heat and go outside, breathe, and water the garden. What began as a regular routine and a practice of growing our own organic food, transformed into a daily grief ritual.

In our garden, I would stand, feel the grass and lumpy soil under my feet, choose a plant, a tree, or an area in the garden to focus my attention. Then breathe into my lungs and follow my exhale out. Often, I would choose a stand of tall white birch trees that stands in my neighbor’s yard as a meditation object. I did this daily: I watered the garden, spent time with the grief from the fires, and felt gratitude for all that I have.

I practice this often, but it isn’t always a sweet, serenity-filled, serenade for me. There are barriers in my grief practice, and they often feel like stone walls or chain-link fences. The present moment I want to be in, to feel my grief, my breath, and nature is often blocked by thoughts, frequently leading me back to feeling anger. I know grief is hiding out underneath, but not always in the moment.

Some mornings I have my phone in my pocket, and the New York Times news app is tempting to look at. I think about taking one peak at it just to see two or three headlines, just to make sure we are not going into a nuclear war, and maybe some good news about transforming the white supremacy that plagues the United States.

I come back to my breath. Although some days it probably takes a hundred breaths to get back to my practice—back to the present, with the birch trees, tomato plants, or the blossoming bee balm. I land back to the ritual; I let it take me; I trust it; I be in the moment as long as I can.

As I experience the unheard of heat in Oregon, the same feeling of anxiety I had during the fires creeps back in. How will this crisis impact our communities? How will it impact the houseless, the elderly, and those who cannot cool themselves?

By committing to a ritual within the ecosystem I live, I am exploring a deeper relationship with place and experiencing my grief with the earth’s changing climate. I am grateful to have been shown this knowledge and practice. 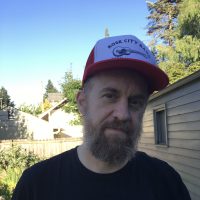 Jason Wedemeyer is coming to you live and direct from Portland, Oregon. When he is not working as a labor organizer, he is reading, writing, playing music, gardening, cooking… Read full bio