How I Released my Subconscious Fear & Became the Fear Huntress. 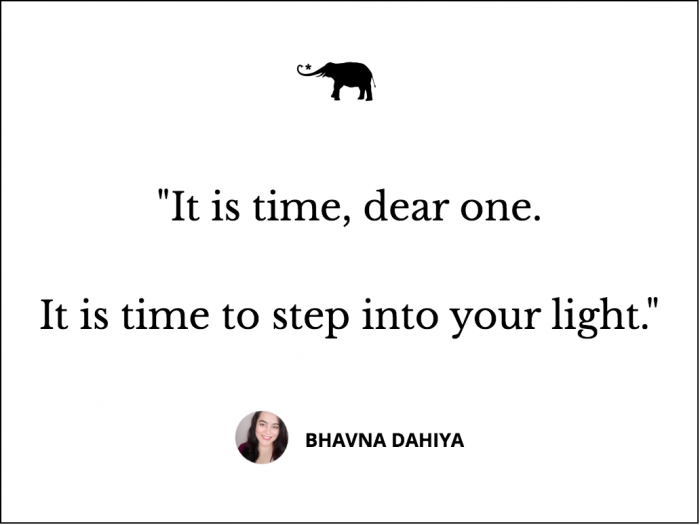 From Fear to being a Sacred Leader!

What does it take to be a sacred leader?

What does it mean to be a leader in spirituality?

I have been running away from my essence of being a leader, not just for years, but for lifetimes.

You see, it was deeply ingrained in me that with leadership comes corruption, greed, and false adulation. People putting you up on a pedestal or thinking that you have the solutions to everything.

And so, I ran. Ran from all of it. I told myself I never want to be a leader no matter how big or small, never again.

Each time an opportunity would present itself or seemed inevitable, my subconscious fear programming would start working on an overdrive. One by one, I would self-sabotage opportunities, self-sabotage my responsibilities so that I would fail myself or I would be demeaned by people.

My fear programming was so strong that it never left any opportunity to self-sabotage my work, my life, my friendships, my relationships. Every time I would be in a romantic relationship and the natural leader would emerge, I would create a circumstance where my partner would feel unsafe, jealous, or play the victim card.

I would see flashes of many lifetimes when I would take a step back to get a grip on what was happening. And at times, I created sabotage so that I was not put in a leadership position. I simply did not want to be worshipped or be put anywhere near a pedestal.

With each lifetime and with each decision as a child in this lifetime, I began to dim my own light. I was born into a lineage where women have been ill-treated even in today’s day and age. Women’s voices have been stifled whether by the husband, the son, the brother, or the father. A state which, at one time, had the highest female genocides. Surprisingly, the result of that was that women from this state are one of the most resilient, physically strong, and mentally bold.

I remember as a child, barely a few years old, fighting my heritage and my lineage. I would hate being associated with the state I came from. The reasons seemed superficial because I never allowed myself to know the real reason of that hatred. It took me a long time to come to terms with it. To come to terms with the reality that has existed for so many generations. You see, because when you accept the reality, you either are okay with it or you just need to do something about it, and I wanted to do neither.

My fear programming made sure that I brushed things under the carpet the moment I felt I need to take action.

I have shied away from responsibilities not in a way that anyone would notice, but the moment I would be given something bigger, or someone placed their trust on me, I would change my job, I would end the relationship, I would push people away, or simply do the exact opposite of what was expected from me. You see, I didn’t want to be a leader, ever.

I created life circumstances where I would always be alone. We moved from city to city being an army kid, and I would never have friends close to my home. Sure, they would be around but never close enough that I could never go to their homes by myself. From childhood, I was pushed to surviving on my own, being alone, being self-sufficient, picking up skills that were traditionally done by a man and woman both.

The roles were reversed between my mother and father. My mother was the one who created an emotional safety net, who showed me strength and independence and fierceness and the ability to be able to still maintain her core self despite external realities of life. My father played the typical role of a bread earner and providing financial safety and security but never emotional strength, fearlessness, and mental agility.

It was a confusing childhood because the archetypes or the traditional way that an Indian household would run didn’t really exist for me. As a child, my emotional vulnerability was also my emotional depth. It was also my connection of how I was able to understand people’s souls by just looking into their eyes or knowing. I didn’t know that I was claircognizant and clairsentient for a long time.

Fortunately, my spiritual self and God had other plans. The last three years I was pushed into circumstances where I could no longer run away, and God’s plan insured that I heard the call when it came in the form of the 12-month program with the Institute of Intuitive Intelligence.

For the past 12 months, I have faced and pulled out my fears. The mentors made sure I go to the depths of my soul and all other lifetimes to release that subconscious fear programming and be the Fear Huntress.

It is time for us women to rise, leaving behind all those years we were hiding behind somebody else, hiding behind family, motherhood, work, relationships.

It is time for us to step into our own priestess mystic leader. Because it is time for the world to change and for women to restore the balance between the divine femininity and conscious masculinity. It is time for us to create and nurture a place where both coexist. It is yin and yang together, and not separate, not one more than the other.

That co-creative partnership, restoring the balance and allowing ourselves to heal all that we feel was unworthy.

I no longer need to push away the leader in me and what I know I am here for.

It is time, dear one.

It is time to step into your light.

It is time to be truly of service in your own way—something that only you can offer to the world.

Take my hand, gorgeous soul, and just surrender with me. Know that you are safe. Know that I’m here holding you with all fierceness and yet not allowing you to be little.

The sacred leader rises through surrender intuition and connected to superconscious intuition. And that is my service. 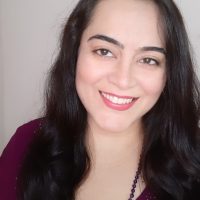 Bhavna Dahiya is an MBA with 20 years corporate experience working in HR and People Development. Ever since she was a child, she spoke to beings from different realms and was… Read full bio