6 Things being Houseless taught Me. 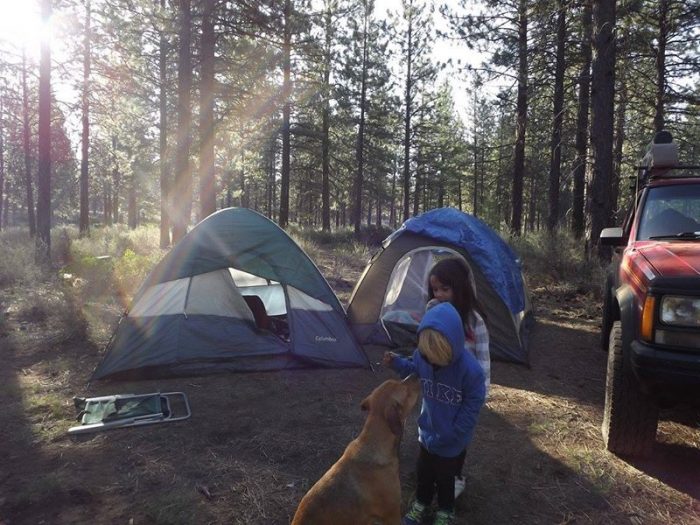 Author’s note: I do not use the term homeless anymore. After a conversation with another woman who was experiencing houselessness about three years ago, she said, “I wish people would stop calling us ‘homeless.’ I know it doesn’t fit the idea others have of home, but my tent is my home.” The respectful way to describe this group is to say people experiencing houselessness because they are people first and foremost, and words matter.

I had never been tent camping before I moved to Oregon and spent seven months in one with my family, including two young children.

We had just moved from Florida in April of 2016, where we couldn’t find jobs, had lost our home, and prices were rising too fast to keep up with them.

Knowing we were losing our home, we watched the free YouTube documentary about mobile living called Without Bound and decided to buy an RV. When that didn’t work due to getting kicked out of nearly every place we parked, we sold it, packed up everything we owned into a rental truck with no plan or vehicle, and headed to the Pacific Northwest. Little did we know the housing crisis was even worse here.

After the tent, we were housed for two years on the Rapid Rehousing program. The goal is to get people experiencing houselessness back into permanent housing as quickly as possible with subsidized rent and services; however, you only get two years to make that happen.

In Sisters, where we moved, that was nearly impossible with job wages not matching rent or mortgage costs that were continually rising. We bought our second RV six months before the program ended so we’d have somewhere to go, and we lived in that over two years in the forest surrounding our city until getting housed with the Housing Voucher program five months ago.

It took nearly five years for us to obtain stable housing, and this is what that experience taught me:

Advocacy. My advocacy journey began when we got housed in November of 2016. A week later, a friend told me that a group of locals was trying to start a cold-weather shelter and that my perspective would be important. We did open that shelter in January of 2017, but we were too late to save one man who died in his car that December.

One preventable death is too many, and I still think of him whenever someone acts like housing is a privilege instead of a basic human need.

Awareness. I used to believe the dominant narrative that people experiencing houselessness are dangerous and scary. Becoming houseless showed me that these are human beings without a house, that’s it. I think people in houses struggle with addiction, criminal history, and mental health issues at a much higher rate than unhoused folks do. They might also be a victim of crime than commit one. Fear and misinformation lead the stigma against these folks; awareness is step one to solving this issue.

Community. Before moving to Sisters, I never had a sense of community or lived in one that felt like home to me—like I belonged. I moved around a lot as a kid and never got involved in anything before, even well into my 30s.

Maybe it’s the small town feel or being heard for the first time in my life, but this place changed me. People care about each other here and want to make the world a better place, and I’m honored to be a part of that. Giving back feeds our souls, and I feel that now. I am finally home.

Education. The average person doesn’t know the difference between transitional and workforce housing, or the Housing Voucher and the Rapid Rehousing programs. There is so much to understand about the housing crisis in America—from structural barriers that keep people in poverty, to untreated trauma, to discriminative policies in our cities.

It’s a bit overwhelming, but the more we know the more we grow, and if we learn together, we can fight this crisis together and get our neighbors out of the forests and streets. We knew nothing of dispersed camping, forest-stay limits, or Leave No Trace when we were thrown into houselessness, but we would learn.

Being houseless is living in constant survival mode, and education is the key to unlocking a flourishing future for all of us.

Passion. I’ve always been passionate about whatever I’m into at the time, which changes frequently thanks to my ADHD brain. However, after experiencing houselessness, I had a renewed sense of passion to speak up for those still going through it. I want to end and prevent it, period. My experience also gave me a passion for political science, which I’m going to Portland State University online this fall to study.

We need more people in public office and making decisions who understand the struggle of poverty and houselessness from lived experience. We are the experts now.

Purpose. Since I was around 10, I’ve had this overwhelming feeling that I was meant to do something big. For a long time, I hoped it might be winning the lottery, but my priorities have changed since then. Now, I’m inspired by activists like Greta and Malala, and I hope to make an impact in houselessness as they have for women and the planet by continuing to speak out against discrimination, fear, and misinformation, and for compassion, love, and truth.

“There’s really no such thing as the voiceless. There are only the deliberately silenced, or the preferably unheard.” ~ Arundhati Roy

It’s hard to understand something we haven’t experienced ourselves, such as addiction and houselessness, and we naturally fear the unknown. While I wouldn’t wish either of those experiences on anyone, they changed my life and made me a better person because of it. The most important thing we can do right now is listening to people with lived experiences. Hear our stories, see the themes in the problems, and help us do something about it.

We need every voice in this fight, including yours.

*If you are currently experiencing houselessness in Central Oregon and don’t know where to turn, please don’t hesitate to reach out. I hear you, I see you, I care. 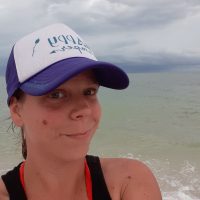 Mandee Seeley is a Florida-grown advocate with lived experience of addiction and houselessness who has finally found her community in Sisters, Oregon. When she’s not try… Read full bio