The Miseducation of White America: Why Critical Race Theory is so Critical. 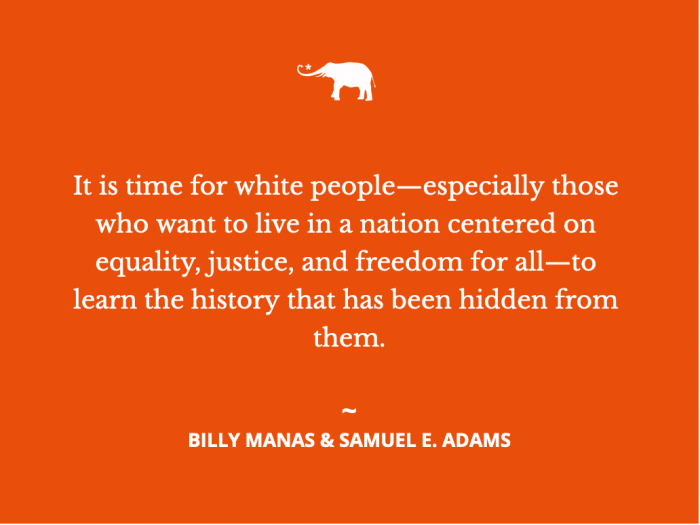 Have opinions or thoughts about this article? Join the conversation by commenting (mindfully) below or sharing your own view here.

I can make an educated guess about what most white American parents want in public school history books.

They want their children to learn of an America with a heroic origin story reminiscent of a DC or Marvel film. America’s genesis would be that of God-fearing men and women divinely led to the shores of America after barely escaping the death sentences decreed by their home nations’ evil leaders.

Equipped with a toolbelt only filled with faith, a relentless work ethic, and self-determination, this motley crew of God-fearing outcasts built a nation based on equality, freedom, and justice for all.

(Unfortunately, that ain’t the story of America.)

I am going to share a secret with you—a secret you were most likely never taught in school: America is a nation built on stolen land by stolen people.

This is why several Republican-controlled state legislatures have banned public schools from teaching The 1619 Project and Critical Race Theory, historically based documentation of the simple truth and its present-day effects.

In a recent New York Times op-ed, Tom Hanks lamented the fact that his education did not include the massacre at Black Wall Street.

Tom, you are not alone.

Here are a few other people, places, and concepts our history books neglected to include:

He was born to a free mother and enslaved father in 1812. His mother brought him to Pennsylvania at 10 years old to escape his own enslavement and persecution for learning to read and write—an illegal act at the time. He apprenticed as a doctor in his early 20s but was summarily dismissed from Harvard after only three weeks due to racist white students protesting his admission.

This and many other injustices led him to become one of the first African Americans to argue for a return to Africa. He published one of the most important works on racial purity and pride, The Principia of Ethnology, in 1879 and is still considered the “father of Black nationalism.”

In 1918, Mary Turner, who was eight months pregnant and enraged by her husband’s lynching the day before, spoke out publicly against it. A white mob bound her feet and hung her upside down from a tree. They also proceeded to burn her clothes off, cut her open with a knife, violently kill her crying baby in front of her, and shoot her hundreds of times.

This was not atypical in Georgia at the time but will always stand out as an example of the way Black Women were dehumanized with impunity.

>> The Deacons for Defense and Justice

The importance of the Deacons for Defense and Justice can not be stressed enough. With few exceptions, the Ku Klux Klan was able to commit acts of terrorism and murder with impunity in the Jim Crow South. This group, led by Ernest “Chilly Willy” Thomas and Frederick Douglas Kirkpatrick, finally created an armed defense against such treatment.

This was no ragtag group of amateurs, either. Almost every one of them had combat experience from WWll and the Korean War. With their presence, Black Americans could finally vocalize their anger without fearing for their lives.

>> The Door of No Return

The Door of No Return is at a memorial known as The House of Slaves in Senegal and was opened up by Boubacar Joseph Ndiaye in 1962. Ndiaye explained that millions of slaves were brought to the site and marched through the door onto ships that facilitated the Atlantic slave trade.

Although quite a few scholars argue about the volume of slaves that passed through that site, in particular, the larger point is what it stands for: the wretched human toll of African slavery.

In late 1955, the FBI, using the excuse that Dr. Martin Luther King Jr. was suspected of having communist ties, developed a “counter intelligence program” to keep him under surveillance right up until his assassination in 1968. Not surprisingly, they were never able to prove any subversive ties.

Still, they settled for proof of his having extramarital affairs and generally spending enormous amounts of government money to harass him and make his personal life a living hell. Unfortunately, even now, almost 70 years later, echoes of these same tactics are still being used to discredit the Black Lives Matter movement.

Again, this not-too-far-in-the-past stain on our society still makes its way into some of the worst injustices today: Freddie Gray, although it was first conjectured that he had a knife, was really killed for looking at a police officer. In 2015. The “knife” was fiction.

Why is it that many Black folks know this history? Well, before the internet and social media, Black people preserved history through the centuries-old oral tradition. At barbershops, churches, and family reunions, Black elders were always sharing their stories of surviving America, stories they knew their Black descendants would never hear in school.

The redacted, fairy-tale version of American history most white people have embraced as truth prevents substantive conversations about race/racism from ever occurring.

It is not possible to heal America’s racial wounds when Black and white people’s solutions are rooted in conflicting historical journeys: one, fact, and the other, fiction. It results in well-meaning white people’s superficial analysis of egregious acts of racism.

Instead of categorizing such acts as evidence of historic/systemic racial oppression, they get filed under the “isolated incidents” section, which exacerbates Black people’s feelings of powerlessness.

It is time for white people—especially those who want to live in a nation centered on equality, justice, and freedom for all—to learn the history that has been hidden from them. 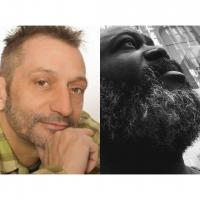