Our Ancestors Not Owning Human Beings doesn’t Entitle us to Ignore the Impact of Slavery. 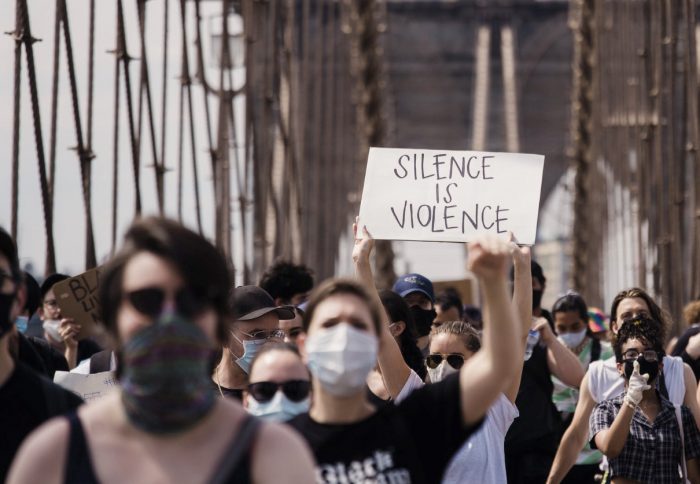 I was recently blown away by the words of filmmaker Barry Jenkins when the inimitable Terry Gross interviewed him on “Fresh Air.”

He was describing the horrors of slavery as it was portrayed graphically in his latest creation called “Underground Railroad,” which is a series that will be running on HBO.

Much of the show was filmed on the ground in Georgia, where human beings were bought, sold, abused, and murdered. The impact on Jenkins and the cast and crew will ripple out into infinity. How could these professionals bear witness to a reenacted form of cruelty and not be forever changed?

He described the scene of an enslaved man who fled the plantation and was caught and murdered in front of the others as an example. He was hung and then burned. It is my hope that there was a therapist on standby to help the cast and crew process what they saw and felt. I imagine it would be additionally triggering if they are descendants of enslaved people.

As I often do, when I envision the existence of people bought and sold like objects, to be used at the whim of their owners, I feel rage, fear, revulsion, and a determination, as a white woman to join my voice with others who are appalled by the injustice that people of color face simply by virtue of being born in Brown or Black skin.

About a year ago, I wrote a piece called “A Middle-Class White Woman Admits She Doesn’t Have A Clue.” I called on friends who have lived experiences to share them with readers. I was in awe at the window into a world I would not otherwise have had. They explained what racism means to them and the ways in which it impacts them on a daily basis.

When I initially heard those three words, it resonated with an urgency to face down hundreds of years of discrimination and injustice. Nothing within them indicates that only Black lives matter.

The volleying back in-your-face-rhetoric of “All Lives Matter” is a dismissal of that urgency. If all lives truly did matter, there would be no need to differentiate. I have heard references to the idea of a house ablaze that firefighters are determined to extinguish, and someone whose house isn’t on fire says, “Well, what about me? Doesn’t my house matter?”

In my area, there is a sign company that has made clear over the years what their political beliefs are. A massive sign that glorifies the “former guy” (Donald Trump) has been replaced with a smaller one that says, “All lives matter. Back the blue.” I wonder how the person who displays those signs feels about the way the blue were treated on January 6th.

Some castigate the movement saying that BLM is a hate group. The Southern Poverty Law Center adamantly denies that identification. In an article entitled “Black Lives Matter Is Not A Hate Group,” Richard Cohen says:

“Many of its harshest critics claim that Black Lives Matter’s very name is anti-white, hence the oft-repeated rejoinder ‘all lives matter.’ This notion misses the point entirely. Black lives matter because they have been marginalized throughout our country’s history and because white lives have always mattered more in our society. As BLM puts it, the movement stands for the simple proposition that ‘black lives also matter.’”

I grew up in the 1960s and 70s, and my education about the Civil War era touched on slavery, but it didn’t anywhere near approach the horrors it implied.

I learned about the Civil Rights Movement but couldn’t grasp the implication since my own rights weren’t infringed upon because of the color of my skin.

When I was in my teens, I had the mind-expanding experience of reading the book Black Like Me by John Howard Griffin. He describes the journey he took through the deep South after having his skin temporarily artificially darkened. I couldn’t wrap my mind around the inhumane treatment he experienced as a result of his social experiment.

In 1977, the series “Roots” was debuted. Even though I was on my senior trip, I took time to watch it, inexorably drawn into the family journey of Kunta Kinte and his descendants. One of them was the filmmaker Alex Haley.

The institution of slavery is a stain on our country that has soaked into the fabric of society all these centuries later.

The 1619 Project was created to rectify the whitewashing of history and an attempt to right the wrongs perpetrated. No surprise that it has received pushback from Conservative corners.

In an article entitled “Teachers’ Union Head Claims 1619 Curriculum Opponents Trying To Ban Factual Version of Oppression in the US”, Senate Minority Leader Mitch McConnell (R., Ky.) was quoted in a letter to Education Secretary Dr. Miguel Cardona, insisting that he block the introduction of the curricula into the public school system.

“Families did not ask for this divisive nonsense. Voters did not vote for it. Americans never decided our children should be taught that our country is inherently evil,” McConnell wrote. “If your Administration had proposed actual legislation instead of trying to do this quietly through the Federal Register, that legislation would not pass Congress.”

What is McConnell afraid of?

The Preamble to the Declaration of Independence states, “We hold these truths to be self-evident, that all men are created equal, that they are endowed by their creator with certain unalienable rights, that among these are life, liberty and the pursuit of happiness.”

How can we as Americans actualize those lofty words when they fly in the face of reality?

What I have heard from those who oppose BLM and the 1619 Project is that they should not carry responsibility for something that happened so long ago that neither they nor their families had a part in perpetrating.

My ancestors came from Russia in the 1800s to escape the pogrom in their native land and were not involved in enslaving other human beings, and yet, I know that even though they faced anti-Semitism, I don’t deny that having white skin provided me with opportunities that I might not have had had there been more melanin in my epidermis.

Does that mean I am ashamed of being white? No. Neither does it mean I am superior due to that genetic inheritance.

Equality implies balance. Social justice implies the opportunity to live as a person of color without fear for safety or life and to know that if facing a person in power by virtue of title, role, or brandishing a gun, the likelihood of surviving the encounter is assured.