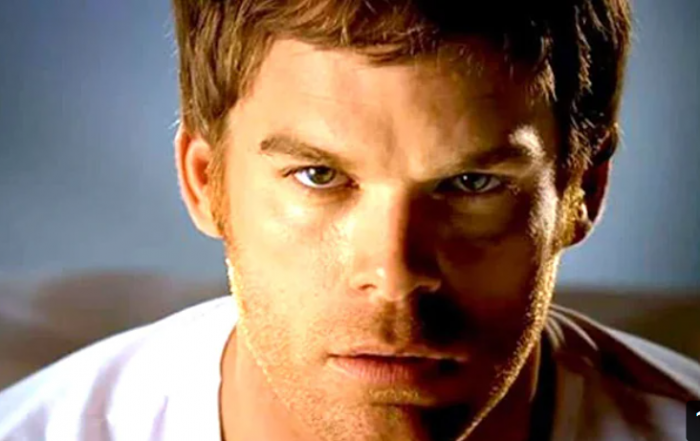 Lots of old TV shows are being rebooted. “Sex in the City,” “Frasier,” “Bewitched,” “Will and Grace,” and…”Dexter.”

The 2.0 version is called “Dexter: New Blood,” and will premiere on November 7. In case you’ve been living under a rock, let me tell you that this series is about a deeply damaged, but very likeable, serial killer. I admit to you, rather sheepishly, that I’m excited to snuggle back in with Dexter. And I ask myself why. Why am I so intrigued with Michael C. Hall’s brilliant portrayal of this conflicted killer?

My first waltz with Dexter came through the recommendation of my son, about 10 years ago. My husband and I were spending the day with our son and his wife when the subject of good Netflix series came up and they recommended “Dexter.” We knew the premise of the show and told them we didn’t think we’d be interested in watching a series about a serial killer. They assured us that “Dexter” was different because of the psychology behind his “dark passenger” and his “code of conduct”—only kill the absolutely despicable bad guys.

They just happened to have the first couple of episodes on DVD (this was pre-streaming) and coaxed us into watching with them. We did, and we were hooked. Over the next few weeks, we binged the first five seasons and anxiously awaited the sixth.

We watched through to the end—eight seasons in all, and like most “Dexter” fans, we hated the final season and the way the show ended. I’ve since read that even the cast hated it. Now, with this reboot, there is a chance to create a more satisfying end to this complicated character and redeem the series.

But back to my original question—why does this peace-loving, pacifist grandma enjoy the story of a serial killer? Why do any of us?

Let’s explore this, shall we?

We relate to his trauma-informed life

Okay, he’s a psychopath, a serial killer, but really, isn’t he just like us?

Dexter is a complex personality with trauma in his background. His trauma is so big that it can’t help but inform who he is. He has developed an addiction that he tries desperately to overcome. His trauma has required him to develop coping skills so that he can “fit in” with friends and family and lead some semblance of a normal life.

Sound familiar? Which one of us hasn’t had a trauma that influences the way we move through life, the way we engaged in our relationships? Haven’t we tried to heal? Don’t we rely on the skills we’ve created for ourselves to cope and move forward?

We understand being addicted or acting compulsively

Most of us have experienced some type of compulsive behavior—can’t stop eating chocolate or chips, can’t stop smoking, maybe we have OCD tendencies and have to wear certain colors on certain days or the world might collapse. Whatever it is, we know it is something we can’t help doing.

We can see that Dexter’s penchant for killing the bad guy is completely out of his control. He can’t help it any more than we can help reaching for that 12th chocolate chip cookie.

His actions satisfy our own vigilante fantasies

Come on, haven’t there been times when you’ve wished you could have a hand in wiping out evil? The child rapists, the cops who kill men and women for the crime of being Black, the judges who get appointed to the Supreme Court even though they raped a fellow student, the serial drunk driver who finally kills an innocent elderly pedestrian and simply laughs it off. You’ve wanted them to get the most extreme punishment but the judicial system didn’t work and they’ve gotten away with their crime. Dexter does something that we can’t. He does something about it. He evens the score.

Sure he’s a high-functioning psychopath, but he’s really likeable

“Dark passenger” (his need to kill) aside, wouldn’t you like to have him as your neighbor or your coworker? He’s friendly. He’s helpful. He brings donuts to work. He tries his best to be a good husband. He’s an engaged father and a great step-father to his wife’s young kids.

Let’s talk about Deb, Dexter’s adoptive sister and one of the all-time best creative potty mouths I’ve ever known. We all knew she had potential but she lacked opportunity, and her fiery temper often tripped her up. Dex stepped in to put in a good word or point out her achievements to her superiors. He helped her gain recognition for solving cases by pointing out things she might have missed. He always did a good job of looking out for his sis.

The Psychology of Dexter

There was a book written in 2010 called The Psychology of Dexter. It holds essays from 17 different psychologists giving their assessment of the psychological complexities of Dexter, his family, coworkers, and even his viewers.

In one of the chapters Christopher Ryan, whose chapter is titled “Being Dexter Morgan,” gives this insightful opinion:

“For me, the seductiveness of Dexter revolves around the fact that he represents that tipping point where the two extremes of human behavior connect, completing the circuit that describes human consciousness. Dexter is both a cold-blooded killer and a warm-hearted family man. Unfeeling assassin and supportive friend. Like all of us, he is confused, yet certain. He’s the best and worst we can be—often simultaneously. Just consider his biography: orphaned as a young boy, raised by kind adults who tried to understand the strange child he was, gradual awakening to his unique abilities and needs, a deep desire to defend the innocent against the world’s worst predators. Dexter? Yes, but this also describes the childhoods of the holy trinity of American superheroes: Superman, Batman, and Spiderman. Dexter touches us because we are all dangerously dexterous.”

OK, so who’s ready to watch “Dexter: New Blood” with me?

10 Things that are Secretly Making you Unhappy. This Anthony Bourdain Quote will make you Question the Meaning of Success. 7 Ways to Stop our Fear of Abandonment from Turning us into Emotional Vampires.
See relevant Elephant Video