Facing our Fears can Bring us to Paradise. 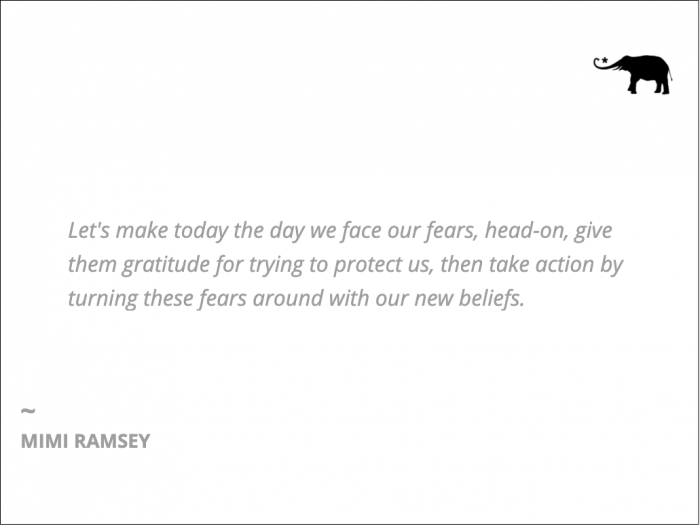 This is a story about learning to love the things we once feared.

I was on a 30-minute journey to the nearest ATM in Bali, driving through the countryside on my scooter amongst the quaint villages and rice fields when I had a moment of realization that riding my scooter was my little bit of paradise in paradise.

Now, I would not have been saying this eight months ago. If anything, it would have been the total opposite, probably including a lot of curse words.

I had a severe fear of riding on scooters. I’m not quite sure where that came from, but it could be from the trip I took to India in 2010 when I nearly lost my big toe while sitting on the back of a scooter in motion. I put my foot down when a barking dog made me jump. Needless to say, I injured myself and lost the end of my toe.

I never wanted to venture near or on a scooter again. Maybe this was the point my fear set in.

Fear arrives to protect us. something I will go into more detail about another time.

Let’s fast forward to my arrival in Bali in November 2020.

I knew that now was the time to face my fear and learn to ride a scooter.

The process of getting one was super easy. The polite man dropped it off and gave me the keys, no questions asked.

He drove off, and I stood there astounded by the fact he had not even asked me if I could drive. I didn’t have a frickin’ clue.

The time had come to have my very first lesson. At the age of 47, I was ready to face my fear. Rico first showed me the basics on his bike. I then sat on mine. I was petrified. I had already given up before I had even tried.

I turned the ignition, revved the handlebar, and fell directly sideways into the rice paddy field to my right, instantly learning how heavy these bikes actually are. I had a Honda Vario at the time. The struggle was intense to lift it off, but I was not injured, so I tried to put on a brave face and laugh it off with Rico.

I perched myself back on the bike and managed to get in motion. I took approximately two slow journeys up and down the quiet gang (this is what we called the alley side streets here in Bali).

Rico suggested he would get his phone to film me and my new experience, as I was doing well.

The camera was rolling. I was quivering while trying to look cool and my shoulders sat beside my ears. I was that fricken tense.

After a fumbling turn, I set myself away from the camera. I started revving, but I pulled too hard. I tried to brake which then caused me to do precisely the opposite, and in a flash, I hit a brick wall, scraped and bruised the whole of my left side, tore my clothes, and peed my pants (true story).

I laid there in shock with the mighty, heavy bike rested on top of me.

Rico caught the whole thing on camera—you may have seen the clip. By the way, I don’t mind if you laugh. It was surprising how hilarious I found it myself.

But most importantly, I was okay. There was no significant damage to myself or the bike.

However, my fear was back—now 100 times worse. I was devasted. So many emotions and questions arose.

How are they so many people that can drive a scooter but I can’t? What’s wrong with me? Am I a failure? Maybe I will just have to accept the fact that I’m useless and should just give up.

Those of you who know me well will know that this is not me. Well, definitely not the new me.

I don’t give up easily.

So for the following three to four months, I faced my fear, head-on, and kept trying. It was so frickin’ difficult, each ride I wanted to cry at the thought. I would sweat profusely on every journey. I wanted to give up every time.

Fast forward eight months and my scooter is now my little sanctuary of peace. I have amazing revelations and aha moments whilst cruising along. My scooter is possibly in my top-10 things I love about Bali.

It’s crazy how the tide has turned.

What are you afraid of that is not the truth?

In my story, it was not true that I could not ride a bike; this was fear talking.

The truth is, I can ride a bike, and I can ride frickin’ well, now with no hands (just winding you up). I am now proud to announce I am a safe and competent driver.

Facing my fears has opened up so many doors to travel around Bali, visit friends, and get groceries. It has given me the freedom to explore Bali with ease.

Whatever you believe is the truth.

What fears are you avoiding?

Let’s make today the day we face our fears, head-on, give them gratitude for trying to protect us, then take action by turning these fears around with our new beliefs.

I’m excited for you to share the exciting adventure you are about to embark on. Whether that be a hobby, a challenge, trying something new, a venture, a new career, riding a scooter, you name it. You can do it.

Read more about facing your fears: 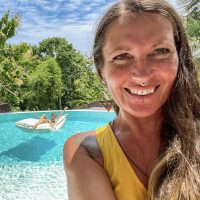